When a Greenpeace investigation found that nuclear waste returning to Australia by ship from France has been classified as high-level waste by French authorities, contradicting Australia’s claims over its radioactivity, we knew we had to act. 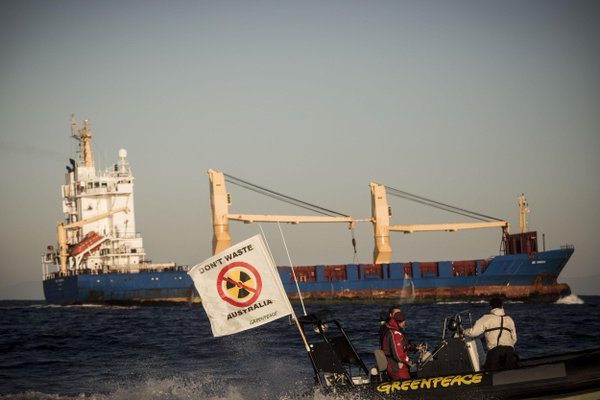 So this weekend, Greenpeace activists and volunteers followed the dodgy waste from port in Wollongong all the way to Lucas Heights in south Sydney. Find out what went down below.

Write to Minister Christopher Pyne and ask him to rule out turning Australia into the world’s toxic waste dump.