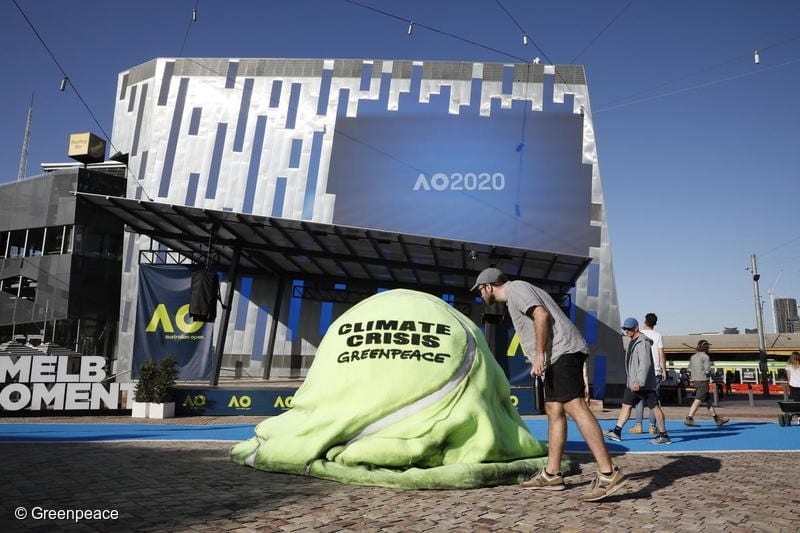 Tennis fans in Melbourne have been greeted by a 1.5m-high sculpture of a melting tennis ball with the words ‘climate crisis’ on it. Credit: Greenpeace

It’s a scorcher in Old Melbourne Town where tennis fans are headed to watch what we at Greenpeace and many experts fear could be The Last Australian Open.

Fans making their way to the tennis were greeted by a “giant melting tennis ball”, withering away in the heat of the day at Fed Square.

On Thursday January 30, a day tipped to reach 37-degrees Celsius (98.6 Fahrenheit) , commuters and folks headed to the Open were left pondering on the 1.5m sculpture of a melting tennis ball with the words “climate crisis” stamped on it.

The artwork, made by local artist Deiter Barry and installed in Federation Square by Greenpeace Australia Pacific volunteers, draws attention to the imminent threat climate change poses to the Open. 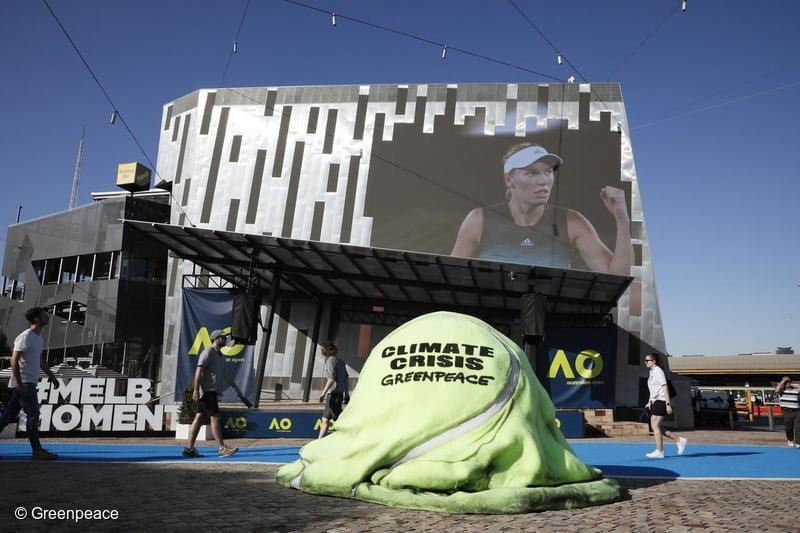 Tennis fans in Melbourne have been greeted by a 1.5m-high sculpture of a melting tennis ball with the words ‘climate crisis’ on it. Photo: Greenpeace

Several smaller melting tennis balls have been popping up around the city this week, following another Greenpeace action at Rod Laver Arena on Sunday.

The tournament that runs smack-bang through the middle of the Melbourne summer has already been disrupted by bushfire smoke and heatwaves.

These serious weather and climate disaster conditions put players and spectators at risk from heat exhaustion and smoke inhalation, among other extreme climate threats.

Greenpeace Australia Pacific Campaigner May House said the sculpture was a stark reminder about the threats climate change has on our health and our planet right now.

“This work serves to highlight the warnings of eminent scientists, whose research shows that climate change will cause Melbourne to experience more frequent and intense heatwaves with an increased number of days over 38 degrees,” she said. 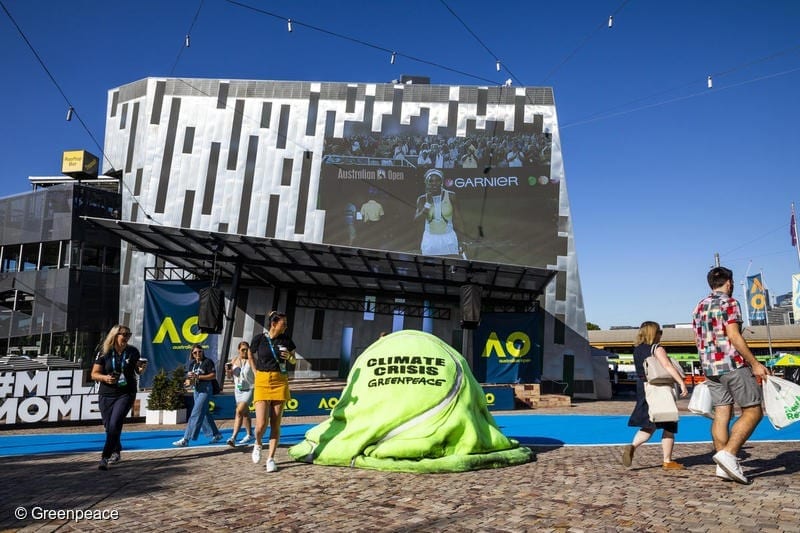 The sculpture is accompanied by a series of smaller melting tennis balls captured around Melbourne streets by Greenpeace Australia Pacific Volunteers. Source: Greenpeace

“If we want to protect the things we love, like our summer of sport, we need our leaders – starting with Australian Prime Minister Scott Morrison – to own up to coal as the biggest driver of climate change, and rapidly replace our ageing and unreliable coal-burning power stations with clean energy sources like wind and solar.”

Climate scientist David Karoly, who heads the CSIRO-based Earth Systems and Climate Change Hub, has warned that the Open may need to relocate to a cooler season to protect players and fans. 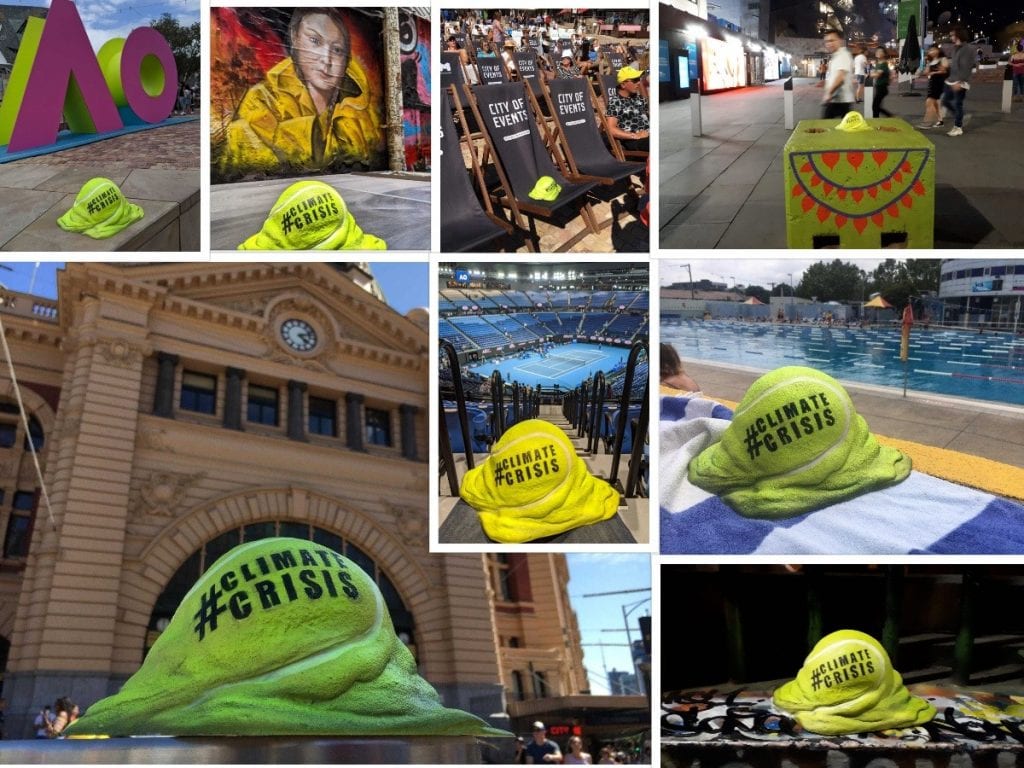 The professor said there has been a “dramatic” increase in the number of days in Melbourne above 38 degrees in recent decades and “the projection is for a further increase in all the climate models”.

Scientists at Monash University have raised the same concerns in their report ‘Love 40 Degrees: Climate change, extreme heat and the Australian Open’.

Former Wimbledon champion Pat Cash has also raised the alarm about the dangers of climate-driven extreme weather events, like bushfire smoke and heatwaves impacting play at the Open.