Here's what happened when our CEO Linda Selvey travelled to Canberra to attend the NGO Roundtable on Climate Change. 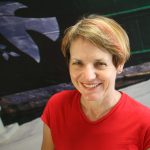 So, was it worth seven hours on a bus?  Well, there were a great bunch of people at the table including the heads of the ACTU, major unions, AYCC, ACF, WWF and ACOSS, and it was encouraging to hear that we were all in agreement about the urgency and importance of Australia taking action.

The three Ministers seemed to listen as each of us took a few minutes to put our case.  However, it is difficult to know whether we’ll really have an impact.  We’re not the big end of town – they were sitting at the business roundtable, which was happening on the same day.  They’ve got extraordinary levels of access to Government and use this in order to express their opposition to taking meaningful and sufficient action on climate change.

Friday’s meeting was a bit of a talkfest and several of us expressed concern that we could be wasting our time.  Greg Combet was at pains to talk about why the Government was constrained in what they could do because they don’t have a majority government.

But is doing something but not enough to solve climate change acceptable given the magnitude of the threat?  Would Australians have accepted that during the Global Financial Crisis?  I think not.  We would have held our government to account.

A highlight for me was a reminder by Amanda McKenzie from the Australian Youth Climate Coalition that in 2050 their membership will be the average age of Australian Parliamentarians.  It is important to remember that climate change will have an even greater impact on today’s young adults and children than it will on us. So it’s vital they have a voice.

This is not to forget that climate change is having an impact on us now. It is already affecting our agriculture, our health and our precious oceans, including the Great Barrier Reef. In the Pacific, the impacts are even more acute.

The government is making decisions today that will impact on everyone in an unprecedented way – including those who are yet to be born.  Knowing that, it begs the question, “are we doing enough to hold them to account?”  At Friday’s meeting it was clear that the NGO Roundtable is not the mechanism to do that, but I’m happy that Greenpeace is at the table where we can put our views and support our colleagues who share our views.

NGO Roundtable or not, Greenpeace will continue to hold decision makers to account for their actions (or inactions) that will have such a drastic impact on our future and the future of our children.  We’re doing this at the moment with ANZ and the other major banks, who continue to fund new coal fired power stations, and will continue to do so with our government, on whose leadership we all depend.