What kind of reef will my son inherit? 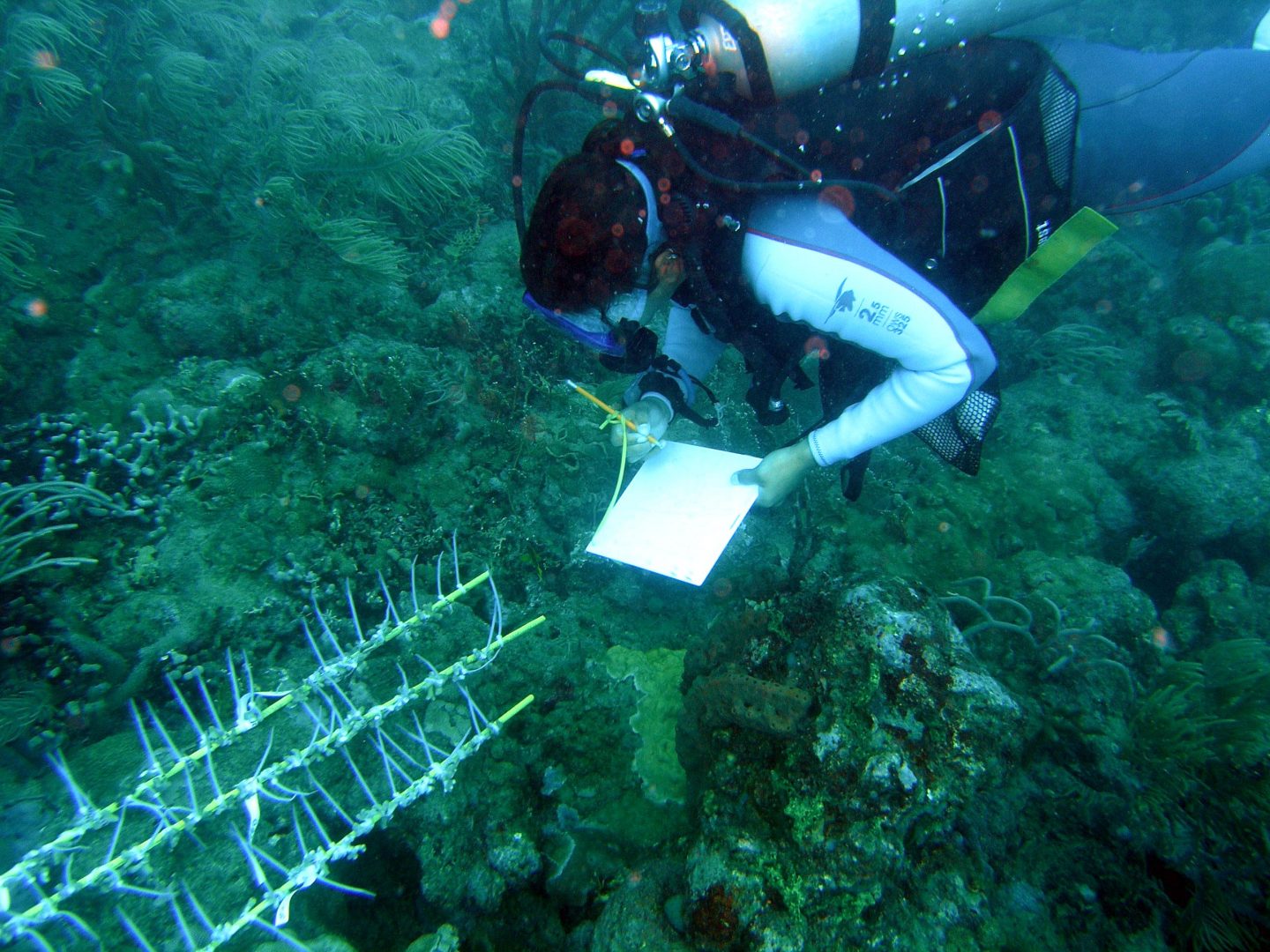 I’ve been lucky enough to work on coral reefs around the world over the last 20 years. I can’t wait until my son is old enough to come with me and be my dive buddy. He’s only three now and he has to be ten years old and a good swimmer before he can SCUBA dive. I often think about where I will take him on his first dive —I want it to be a healthy reef with AMAZING underwater life, big fish, turtles, manta rays and even a friendly shark or two. But at this point, I honestly don’t know what reefs, if any, will be in good condition in seven years’ time.

Corals can recover from bleaching events such as the ones that the Great Barrier Reef has experienced over the past two years, but they need time and the right conditions (cooler and cleaner water)—something we don’t seem to be giving them. Without the coral, the reef fish have nowhere to live. Without the fish, the sea birds and—yes, humans—go hungry in many places around the world. Without the reefs our shorelines won’t be protected during storms, cyclones and hurricanes. The loss of the Great Barrier Reef is a collective loss for humanity, although I experience it in a very personal way.

So what am I doing to ensure that my son—as well as millions of others—has the opportunity to experience the same wonders that I have? I think the most important thing I can do is tell people what is happening, and let them know it’s not hopeless. It is not too late for the Australian Government to take serious steps to respond to the number one threat to the Great Barrier Reef—climate change—and to give it a fighting chance.

A window to act

The thermometer below shows the increasing probability of coral sea heat temperatures reaching the same levels that occurred in 2016, resulting in unprecedented coral bleaching and severe coral die-off.

As the world warms, the chance of these events occurring increases. 1.5 degrees Celsius may be the maximum level of global warming that can occur for coral reefs to still be able to recover.[1] There may only be a three year window left to reduce emissions to stay below 1.5 degrees of warming.[2] 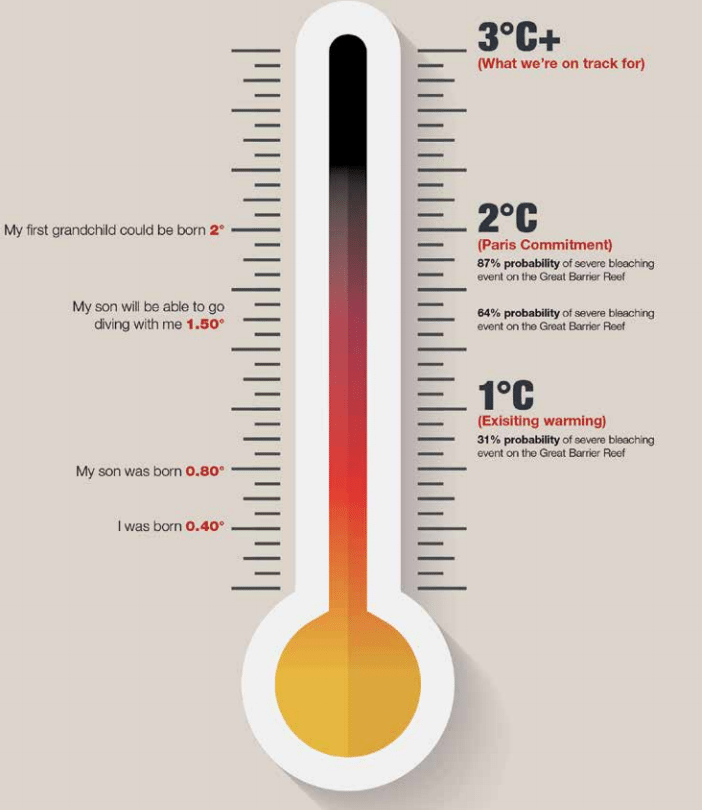 DATA: King, A. et al. Pursuit by the University of Melbourne, ‘Heating Up: How rises in global temperature could damage the Reef’, 16 May 2017, accessed 29 June 2017, https://pursuit.unimelb.edu.au/ articles/heating-up-how-rises-in-global-temperature-could-damage-the-reef