This Friday, Donald Trump will be sworn in as the 45th President of the United States, after a year when, around the world, the politics of hate, fear and division too often blossomed. 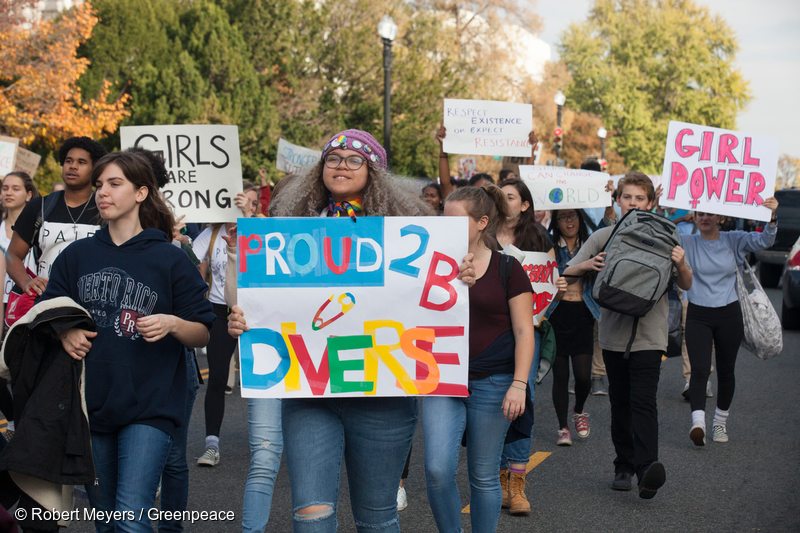 The weekend of Trump’s inauguration, Greenpeace will join with allies and supporters to participate in movements across the globe sending a loud, clear message of connection over division.

It’s a scary time. A handful of political elites and corporate giants — including some of the biggest polluters on the planet — continue to win big as long as people are fearful and divided from one another.

2016 also was a year of profound courage and connectedness. 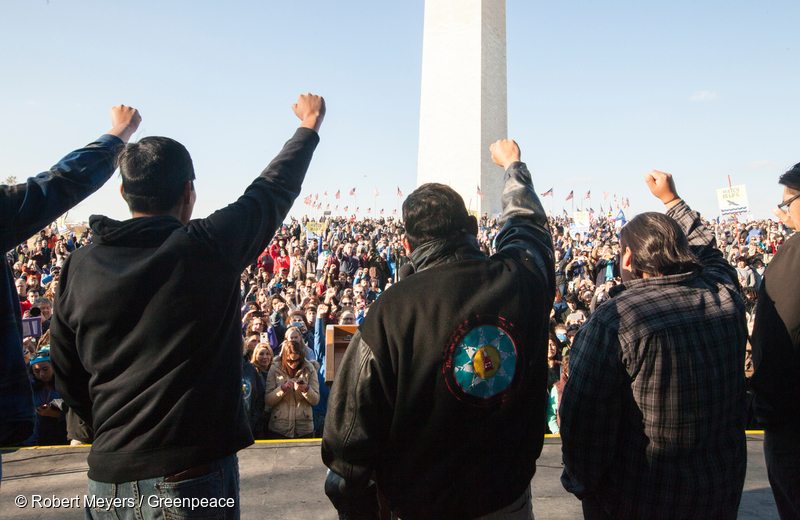 Supporters march with indigenous people from the Standing Rock Nation from the Justice Department to the Washington Monument for speeches and dance performances.

People all over the world stood together with the Munduruku Indigenous community to defeat a destructive mega-dam in the heart of the Amazon. President Obama ruled out drilling in the Arctic after years of public protest. Water protectors at Standing Rock inspired a wave of global solidarity and won a huge delay for the Dakota Access Pipeline. People from every walk of life found ways to support refugees fleeing violence and devastation.

We at Greenpeace are rejecting the message that there is more that divides us than unites us.

The small things each of us do every day to build green, peaceful and just communities — those billion acts of courage — tell a very different story.

It’s all of our job to make sure that that story wins out.

On January 19, 20 and 21, people around the world will take to bridges affirming our commitment to build solidarity between one another and to stand up for each other and the world we believe in.

#BridgesNotWalls will show that our future and that of the planet relies on us holding together as communities and continuing to reinforce our commitment to solidarity, human rights, women’s rights, equality, peace, and care for the people and places most threatened by injustice. 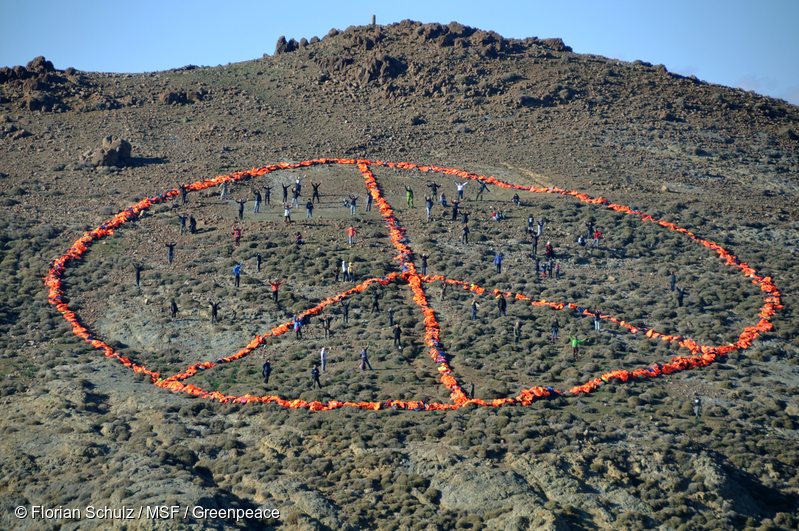 On New Years Day 2016, a Médecins Sans Frontières/Doctors without Borders (MSF)-Greenpeace team on the Greek island of Lesbos were joined by groups such as Sea-Watch, the Dutch Refugee Boat Foundation and local communities, to create a peace sign formed from over 3,000 discarded refugee life jackets. The groups are calling for safe passage to those fleeing war, poverty and oppression.

On January 21, 2017 — the first full day of the new US administration — tens of thousands of people will come together in Washington, DC and in Sister Marches across the globe to send a message to the new government: women’s rights are human rights.

I will be joining them in Sydney to march in support of equal rights and fair and civil treatment of women. I will march for other community members who have been marginalised by the US election and for those who continue to be oppressed here in Australia. 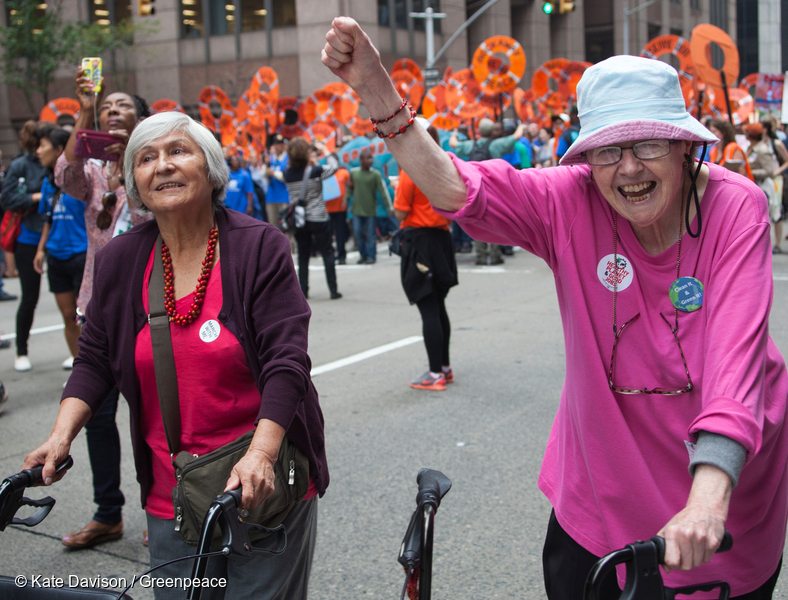 In 2008, I remember feeling so empowered when I stood in Time Square as President Obama won the US election. It felt like a new hope, and a moment that celebrated our diversity.

We’ve seen so much progress since then, but now the incoming government is threatening to push us backwards and strip women of the rights we have worked so hard to earn.

In the face of these attacks, I am marching to show solidarity and stand up for all women so we can continue to be empowered to challenge the status quo.

Greenpeace and our supporters fight every day for a green and peaceful future. This weekend, I will march because I believe that we cannot have that future without equality and justice for everyone. Now more than ever, it’s essential that we protect our communities and show up for every person and group that is under threat.

I’m also joining because I know that climate change has outsized impacts on women, but their voices are too often left out of the movement for climate justice.

Here are just a few of the ways climate change disproportionately affects women:

Every day, women are standing up in their communities and fighting to protect them from climate change. Greenpeace is marching not only to highlight how climate change impacts women, but to fight for women everywhere.

With precious little time to divert climate change we cannot allow the powerful to divide us.

Only if we build bridges of love, cooperation and hope can we build a green, peaceful and just future.