IPCC Report: I sent this to my team at Greenpeace today 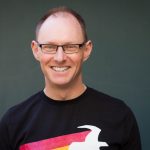 Hi, I’m David Ritter. It is my privilege to lead the team at Greenpeace Australia Pacific, where we are campaigning for a green and peaceful future for all. On this page, you can connect with me and find out about what I’m doing in my role as Chief Executive Officer.