The Sumatran tiger is a graceful and prestigious animal. It’s the ‘King of the Jungle’, a symbol of the richness of the forest, and an inspiration in Indonesian culture. To survive in its forest home the tiger has to run fast and have sharp eyes. But now, the Sumatran tiger’s survival is threatened because that forest is being destroyed. 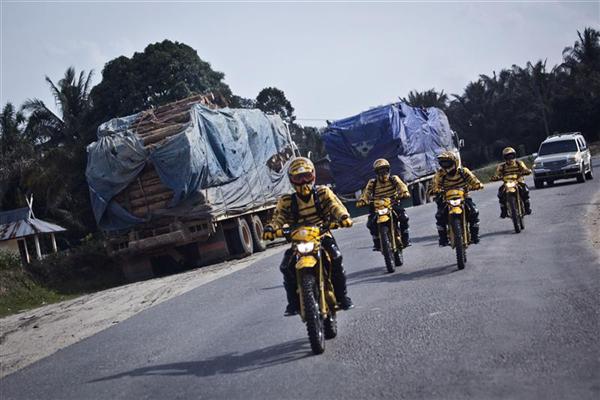 Greenpeace tiger activists encounter a truck carrying logs from a natural forest on the first day of the &quot;tiger tour&quot;, where they will travel through Sumatra to bear witness to the real condition of Indonesia&#39;s forests. Image: Ulet Ifansasti

There are only around 400 Sumatran tigers remaining the wild; one of these few remaining died in July when it became trapped in a hunting snare. We don’t know how many more are suffering or dying because of the deforestation that is ongoing in their habitat, but we can’t allow this destruction to continue. Around 1.1 million hectares of Indonesia’s rainforests are being destroyed each year, including areas of tiger habitat.

That’s why I’m becoming the eye of the tiger.

There are five of us ‘tiger eye’ activists who will journey around Sumatra to bear witness and document the deforestation taking place, as well as call on the Indonesian government to take action. Yesterday we participated in a traditional blessing, the ‘tepung tawar’ ceremony to ward off evil spirits, performed by local leaders in Jumrah Village, Rokan Hilir in Riau Province. We have invited the local communities to join us in saving the tiger’s home by bearing witness and sending us pictures or other documentation of deforestation that they see near their communities. But we are asking all of you to join in our journey  to save Indonesia’s rainforests, the Sumatran tiger’s home, which is not only a source of inspiration for the Indonesian people and culture – but for the world. 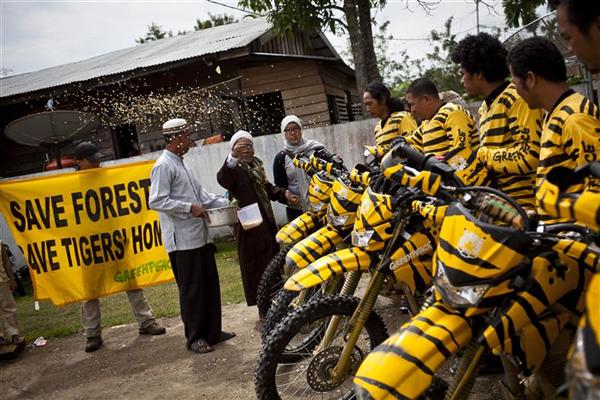 Every day in the forest, the Sumatran tiger’s home, trees are being cut down. Every area destroyed forces the tiger out of his traditional home and closer to local communities – causing conflict. All the time trucks pass us carrying more timber and it is hard to imagine that so much forest has been, and will be, destroyed just for the pulp and paper industry.

So, as we become the ‘tiger’s eye’ and bring attention to the destruction of the tiger’s home in Sumatra we are urging the Indonesian government to review existing operations and act to protect Indonesia’s rainforests and peatlands from destruction. We call on the forestry sector itself to commit to a zero deforestation policy in their operations. Because if deforestation doesn’t stop the Sumatran tiger will likely follow his predecessors the Javanese and Bali tigers into extinction. My fellow activists and I have set out on our journey to ensure this doesn’t happen. 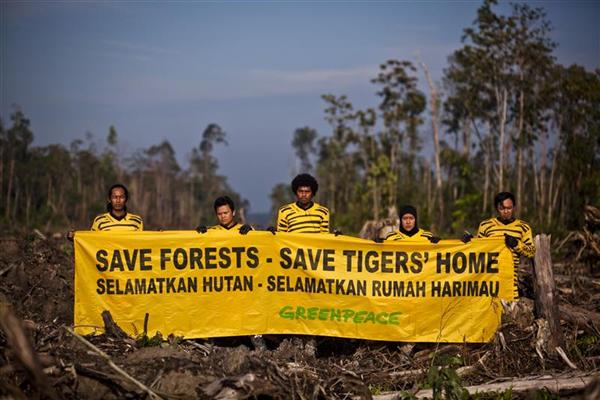