Who am I? I’m nobody special. I’m a designer and choir leader from beautiful Scotland Island in the Northern Beaches Council area. I’ve always been ‘green’ and I try to do my bit, but I’ve never taken action before. 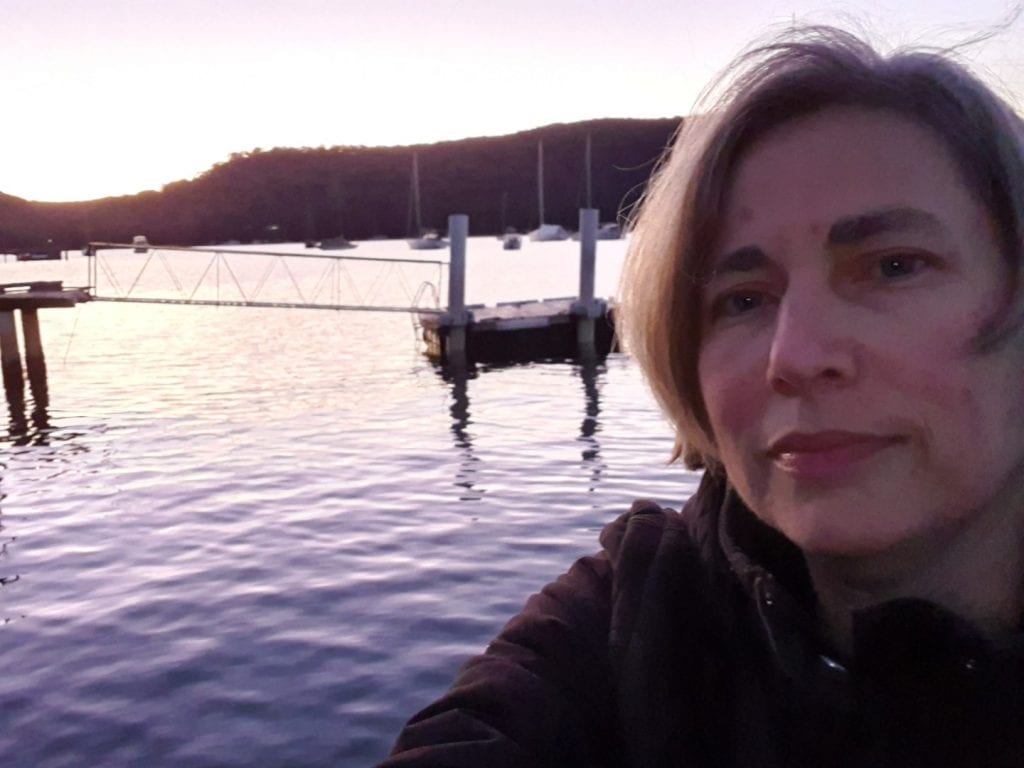 But in July, I decided I had to act. I couldn’t sit by any longer and watch our beautiful planet be trashed by climate change inaction. I took my first steps: I signed a Break Free petition and saw that the local campaign needed a leader. I tentatively put my hand up to be that leader. I had never done anything like this before but I didn’t let that hold me back.

A lot of people I know are feeling depressed, discouraged and worried about the future. The effects of Climate Change are visible every day. We had the first bushfire of the year in Ku-ring-gai National Park just last week. In August! We could see it from our house. At night, looking at it across the water, it was frightening.

Since joining the campaign I am feeling more hopeful. I joined a small group of locals who wanted to make a difference. We started a petition, with the aim to gradually build support and take the proposal to Council in a few months.

But we got a wonderful surprise. This idea has a life of its own and grew faster than we could have imagined! Other groups in our community wanted the same thing and together we built momentum quickly in our community. The result? Council is set to vote on the Declaration of a Climate Emergency this Tuesday the 27th – much sooner than we hoped! That’s a great result and shows the power of local action.

Will you join me and call on the Northern Beaches Council to take this powerful first step?

TAKE ACTION IN THE NORTHERN BEACHES

Can you do even more to show your support?

Show your support at the meeting, at 5.45 for 6pm tomorrow on Tuesday, August 27th, at the Dee why Council Chambers!

Not in the Nothern Beaches?

👉 Call on your local council to declare a climate emergency.

👉 Have they already declared? See how else you can get involved ✊

From Paris to Sydney, Auckland to Noosa, more than 160 million people are now represented by a local government that has stepped up and called the climate emergency for what it is, and many of them are also taking concrete steps to shift to 100% renewable energy. I want the Northern Beaches to be next!

A climate emergency declaration is a powerful first step to action. To fight the climate crisis we have to acknowledge its scale and urgency. The more local councils that do this, the stronger our mandate to force change from our coal-obsessed Federal Government. Can you take action?

TAKE ACTION IN THE NORTHERN BEACHES

Can you do even more to show your support? Our group will be at the council meeting tomorrow to show support for the climate emergency declaration. We’d love if you joined us!

Come show your support at the meeting, at 5.45 for 6pm tomorrow on Tuesday, August 27th, at the Dee why Council Chambers!

I’m asking for your help with our campaign in the Northern Beaches Council area. We ask Council to declare a Climate Emergency and gradually move all council operations, and eventually the whole community, to 100% renewable energy. Council does a lot of things, like garbage collection and keeping the street lights on, and they employ heaps of people. And wouldn’t it be amazing if all of these things were powered by 100% Renewable Energy!

The Morrison Coalition government seems to put the economy above the environment, without realising that once the environment is trashed, the economy goes with it. Once the Great Barrier Reef is dead, where will all those tourism dollars go? How can agriculture continue during drought? Sign the petition now.

I feel wonderfully encouraged by this. I’m so thankful to realise I’m not alone. There are loads of people out there who want to make a difference. Are you one of them?

With hope for the future.