I want to Break Free (from fossil fuels)

This week, waves of community activism and civil disobedience are sweeping across the world’s most polluting fossil fuel projects. Tens of thousands of people determined to rid their future from the floods, heat waves, droughts, cyclones and other extreme weather events, that are fuelled by fossil fuels, will stand face to face with the giant ships, excavators, smokestacks and institutions that threaten their future and say enough is enough - it’s time to Break Free from fossil fuels. 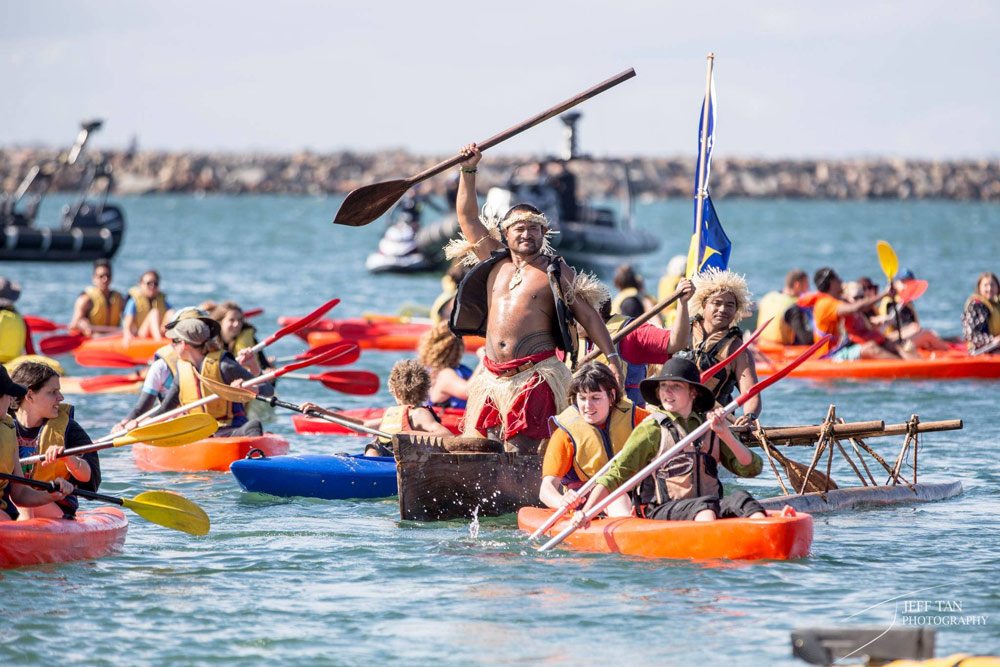 And it has already begun, and already, from day one, mass actions have flooded through coal mines, proposed power stations and the institutions UK, NZ and the Philippines.

Like the temperature of the water in the Pacific that fuelled Cyclone Winston and bleached huge swathes of the Reef – people across this fragile green and blue ball will rise to flood the mines, power stations and banks responsible for these environmental and humanitarian crimes with their bodies and their voices.

This Sunday in Newcastle, hundreds of Australians will join a flotilla to occupy the world’s largest coal port and stop the 24/7 flow of giant coal ships with Kayaks and paddles. And as a fellow volunteer, I’ll be there with them.

Australians have a long history of using peaceful civil disobedience to create change and recent years are no exception.   The groundswell of actions against the Maules Creek coal mine and Pillaga gas field blockades clearly demonstrate the communities willingness to physically resist these inappropriate developments.

If you’re nearby Newcastle, keen to be part of history and  get involved  https://australia.breakfree2016.org/

Break Free is a movement, an idea, and a call for action. Break Free from Fossil Fuels is not a legal entity and is not intended to create any formal established legal personality, network or coalition. It is a platform through which people can take and create actions anywhere across the globe, whilst adhering to the agreed Values.