Often, small changes made over time are hard to see. Even when we're making dramatic transformations to our world - through deforestation, industrialisation, and fossil fuel extraction and use - it can be hard to see how large the scars we're creating are.

That is, until you zoom out.

For decades, NASA has been monitoring the changes we’ve made to our world in its series Images of Change. While some photos are taken over fifty years apart, some of the most breathtaking changes can be seen in a decade or less. Take a look at these 11 photographs and learn about the impact we’ve made on our home. 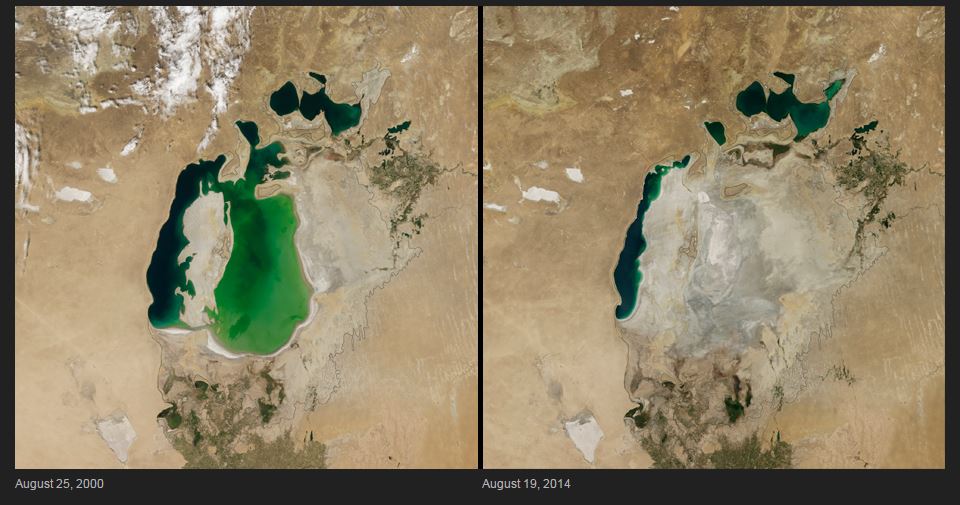 The Aral Sea was once the fourth largest lake in the world. Now, the body of water has split into the Northern and Southern Aral seas – the eastern lobe drying up completely in 2014. According to NASA, the loss of this water has meant the region experiences colder winters and hotter and drier summers.

2. The impact of drought on Arizona and Utah, USA 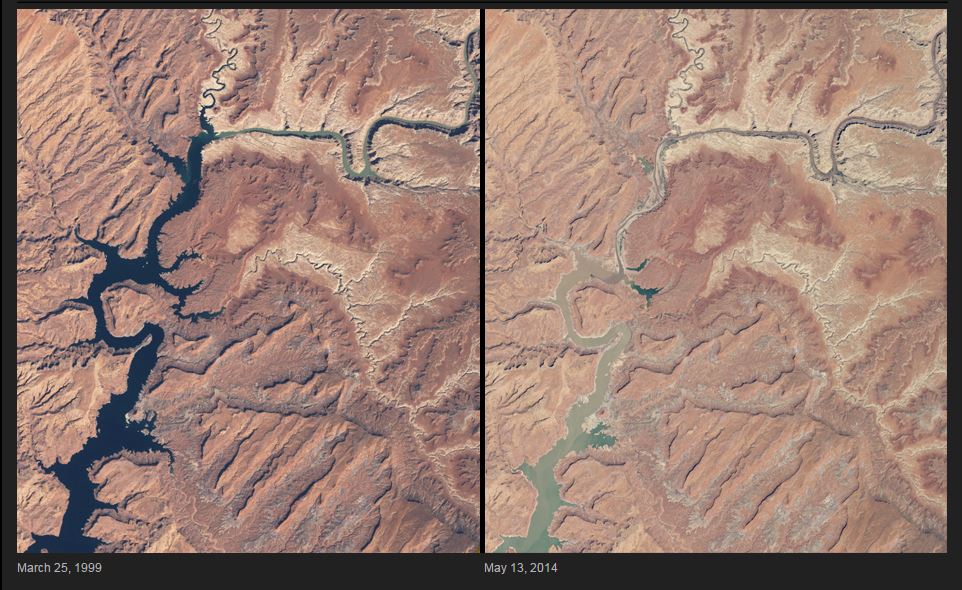 These photos compare Lake Powell’s water level near full capacity in 1999, and in May 2014, when it had dropped to 42% of capacity.

3. The unbelievable impact of urban growth in Texas, USA 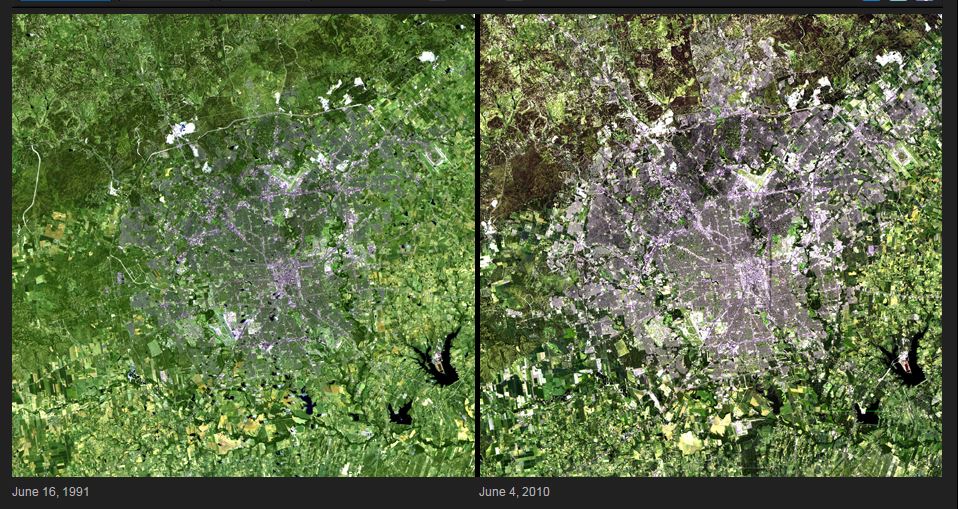 San Antonio has seen incredible growth in the last two decades. According to NASA, San Antonio has grown faster than all but three other American cities in this period, reaching a 1.4 million population in 2010.

4. The rapid growth of Manila, Philippines 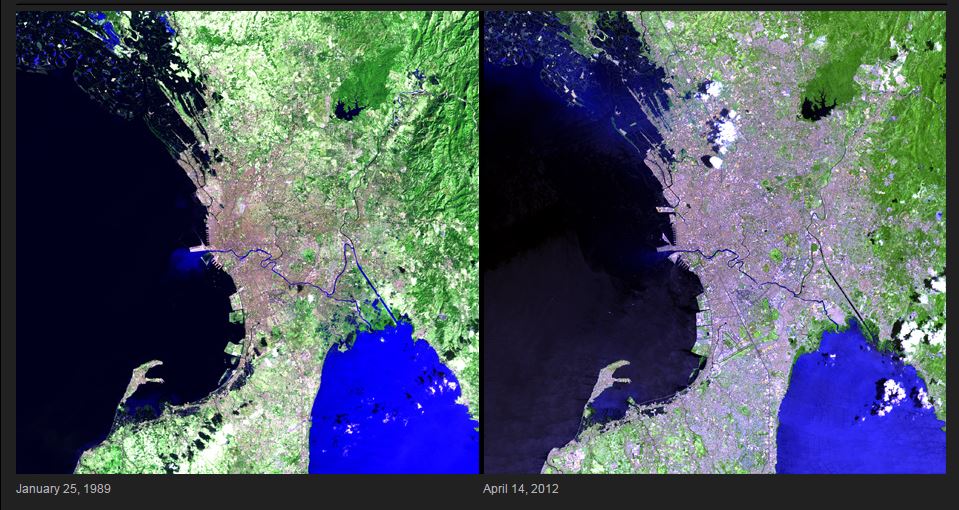 The Philippine capital of Manila has also seen whirlwind growth, and is now the most densely populated city in the world. According to NASA, the Pasig River which cuts through this area is one of the most polluted in the world. 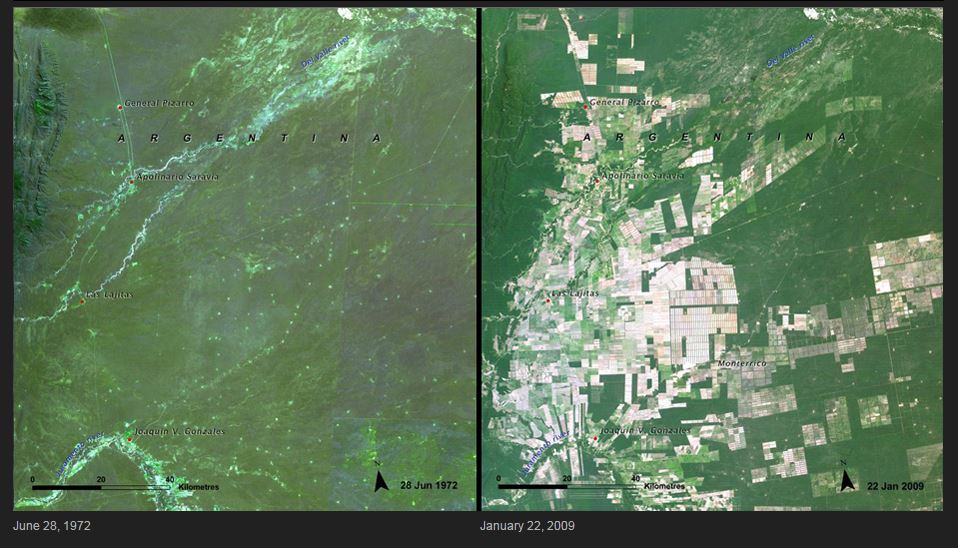 Between 1998 and 2002, the Province of Salta in Argentina lost over 194,000 hectares of forest. The primary reason for this deforestation is the advance of agriculture.

Here, NASA has tracked the impact of resettlement and agricultural development on these forests of Bolivia.

Here’s what’s happened to the incredible Matterhorn mountain on the border of Italy and Switzerland in the Alps.

8. The melting of the Northwestern Glacier in Alaska, USA

According to NASA, with a few exceptions, glaciers around the world have retreated at unprecedented rates over the last century.

9. The disappearing ice in the Qori Kalis glacier, Peru

In 1978, the Qori Kalis glacier was still advancing. But by 2011, it had retreated completely back to land.

10. The impact of global warming, worldwide

These maps track global temperature changes between the 19th century and early 21st century. According to NASA, Earth’s average surface temperature has increased by about 0.7 °C (1.3 °F) since 1880, with two-thirds of the warming has occurred since 1975, at a rate of roughly 0.15 to 0.20 °C per decade.

Think this change is massive and alarming? Take action now to protect our precious environment. 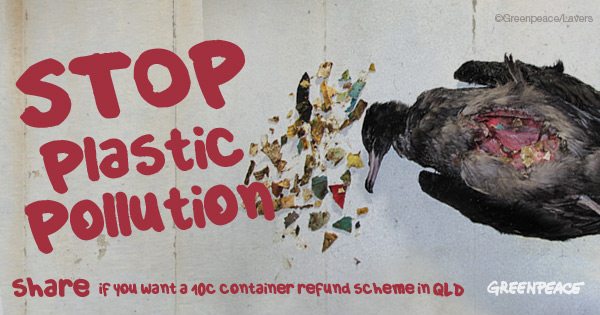