Historic day at the UN: Nuclear weapons are now banned under international law

Over the weekend at the UN Headquarters in New York, a global treaty banning nuclear weapons has been adopted. 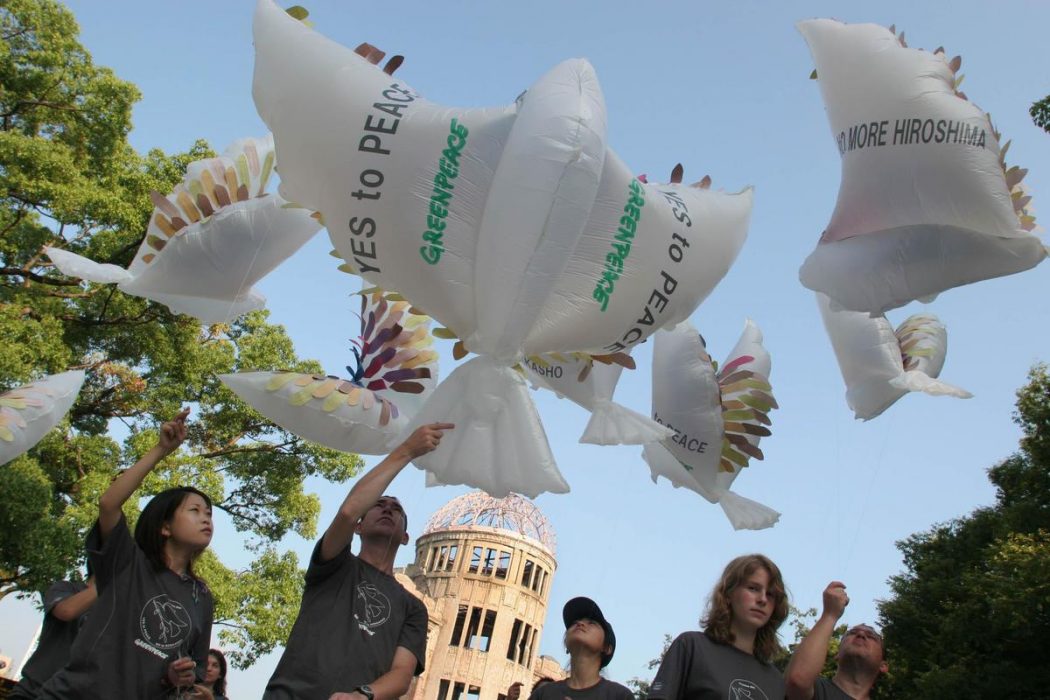 This is an historic moment: according to the treaty, to possess and develop nuclear weapons is now illegal under international law.

The treaty will be open for signature by states on September 20th.

Over the last three weeks, 140 countries have engaged in final negotiations of the new treaty.  The nine states with nuclear weapons (US, Russia, China, France, UK, India, Pakistan, Israel and North Korea) have been boycotting the meeting in an attempt to rob the process of its legitimacy.

Australia, despite not possessing nuclear arms, also did not attend the discussions.

NATO members have also stayed outside of the negotiations, and on the wrong side of history. Their absence is sadly significant; unless a country ratifies the treaty, it is not bound by it.

And yet, despite the efforts by nuclear armed states and those supporting them to derail negotiations, a significant milestone has been reached: the vast majority of UN member states have now declared that weapons intended to inflict catastrophic humanitarian harm are prohibited under international law. Up until today, nuclear weapons were the only weapons of mass destruction not yet prohibited in a comprehensive and universal manner. Biological weapons, chemical weapons, landmines and cluster munitions have all been previously banned and today, nuclear weapons joins this list of shame. 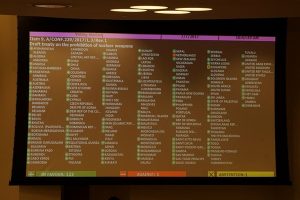 The new treaty will make it harder for their proponents to describe nuclear weapons as a legitimate and useful means to provide security. It creates a global norm against nuclear weapons. This new norm will not only put pressure on nuclear-armed and non-nuclear weapon states to reject nuclear weapons permanently, it could also set the stage for future progress towards the elimination of weapons of mass destruction in nuclear armed states, should their domestic political situation change.

Greenpeace salute our civil society allies, led by the International Campaign to Abolish Nuclear Weapons (ICAN) who have been relentless campaigning to make this treaty – which was thought of as wild fantasy when it was first proposed – into a legal reality. We join their call for all governments to ratify the new treaty and join hands in ridding the world of this evil, and now illegal, human invention.

When future generation look back on today’s decision, they will hopefully remember it as the moment when, finally, nuclear weapons were considered as a threat to security, not an avenue to it. From today onwards, the struggle will continue for the treaty to be ratified by all the world’s governments and for the thousands of nuclear weapons still in existence around the world, to be eliminated. It will be a long road but with a strong nuclear ban treaty in place confirming that nuclear weapons are illegal, today is a good day for peace. 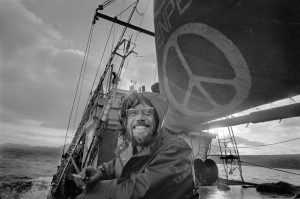 Jen Maman is the Senior Peace Adviser at Greenpeace International