Have your say on Reef dumping here!

Right now, there are some sinister plans underway for our Reef. Indian coal giant Adani is hoping to get approval to dredge in the Great Barrier Reef World Heritage Area for their Carmichael megamine project.

They wanted to dump all their spoil in the Marine Park, but people like you and I spoke out and forced the government to back down on dumping. But more needs to be done – help us keep the pressure on! 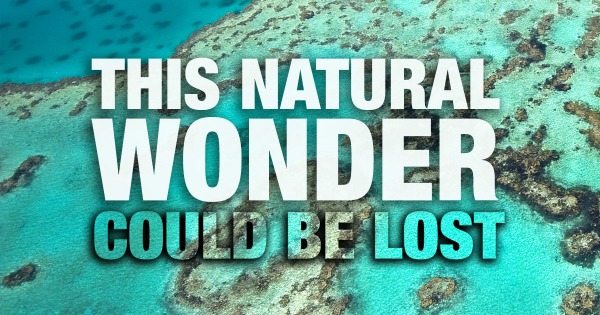 The Great Barrier Reef needs your help! Plans are underway to expand the coal port at Abbot Point to make way for the Carmichael megamine and railway projects. This involves dredging millions of tonnes of seafloor and dumping it near our Reef, sending a coal ship superhighway through the Reef, and destroying habitat for dugongs, snubfin dolphins and turtles.

After hundreds of thousands of us spoke out against these plans, the government was forced to respond, proposing to dump on land instead of at sea in the Reef Marine Park. This is a small improvement – but we need to do more to stop other kinds of dumping and not allow Adani to dredge in the Great Barrier Reef and build a massive coal port right next to one of the world’s greatest natural icons!

The Great Barrier Reef Marine Park Authority wants to know what we think – so let’s tell them that more action must be taken. Follow the simple instructions below to make your submission. Hurry – we only have until 5pm on Friday 27 March to act!

How to make a submission in two easy steps

1. Write an email addressing your concerns about coal port expansion near our irreplaceable Reef

2. Send it to the Great Barrier Reef Marine Park Authority at [email protected]

If you’re not sure what to say, don’t worry! We’ve drafted an email for you to send – just hit copy and paste:

That is why I believe we should go further to protect the Reef. Crucially, I urge the Authority to also ban the dumping of millions of tonnes of maintenance dredge spoil necessitated by coal ports in the Reef area. This dumping can occur at sea and inside the Great Barrier Reef Marine Park, yet it is not covered by this proposal. Maintenance dredge spoil is merely dumping with a different name – whereby the spoil comes from existing ports rather than new ones. The environmental damage is the same.

Furthermore, I call on the Marine Park Authority to do everything in its power to protect the Reef. This means taking measures to stop the expansion of coal ports near the Reef – including not allowing the dredging of millions of tonnes of seafloor for the Carmichael mine port expansion. Eminent Australian scientists spoke out last week and said Australians needed to choose between coal port expansion and a healthy Reef. There is no choice – the Authority must be a guardian for the Reef and exercise its power by doing everything possible to save it.

Good luck! Let us know how you go by leaving a comment below.

The beauty, diversity, and complexity of the Great Barrier Reef cannot be easily replaced. Take action now: sign on to become part of a grassroots movement against plans to put the Reef at risk here.