What happens when a coal company builds a mine inside Australia’s most prestigious university?

Greenpeace recently revealed that one of Australia’s most prestigious universities, the University of Sydney, has a million dollar stake in the company responsible for the largest coal mine currently under construction in Australia.

But what happens when the university shows their commitment to fossil fuels by letting Whitehaven Coal build a coal mine inside the university campus? 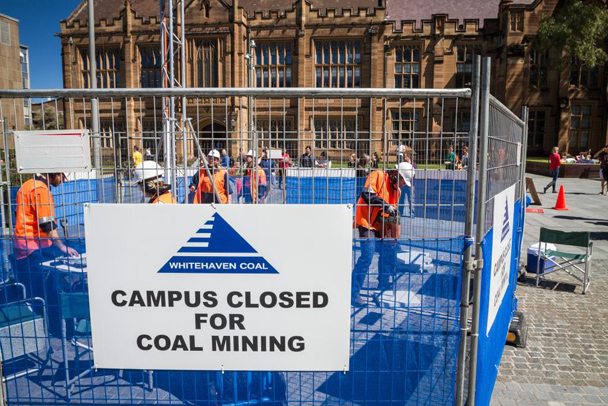 But despite receiving emails from over 28,000 concerned Greenpeace supporters – including University of Sydney students, staff and alumni, and acknowledging that Whitehaven Coal is a dodgy investment by conducting a review into investment policy – Sydney University management have still not pulled their money out of this disastrous project. 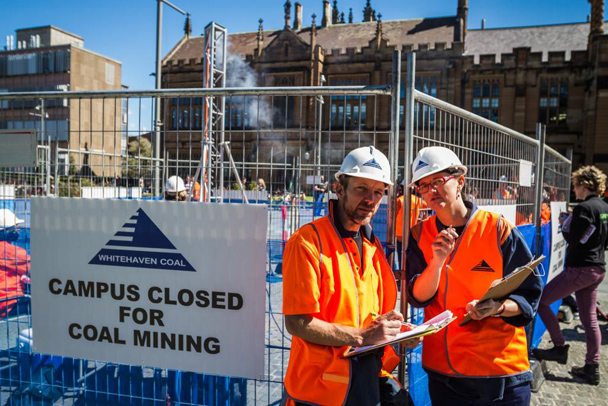 So last week, we decided to bring Whitehaven’s operations right in front of the Vice Chancellor – by ‘building’ a coal mine inside the university campus. 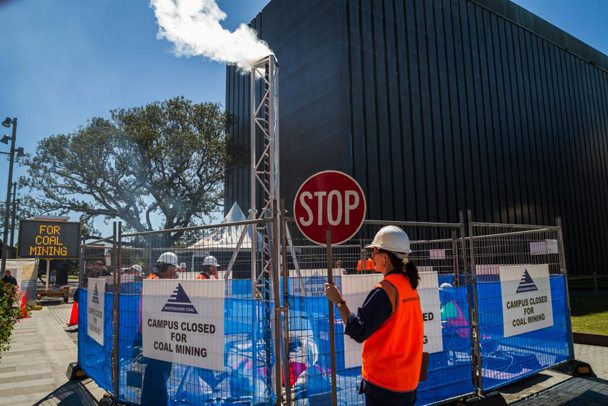 Whitehaven Coal’s operations might seem far away to the University of Sydney management – but for the community at Maules Creek, the destruction of endangered forest, Indigenous heritage sites and prime farmland couldn’t be closer to home. 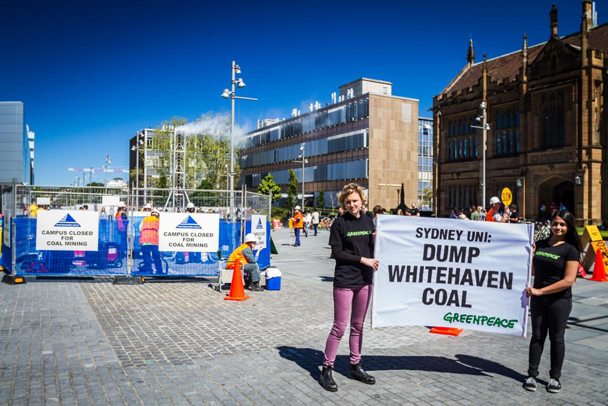