Imagine a world, not very far in the future, where families shun the idea of a seaside holiday because the sea is too unpleasant to visit, perhaps even dangerous. The beach is heaped with rotting green seaweed and bodies of jellyfish litter the strand. Getting in the water you risk illness; even the air might be poisonous. If this sounds unlikely, think again: it is all happening somewhere, right now. 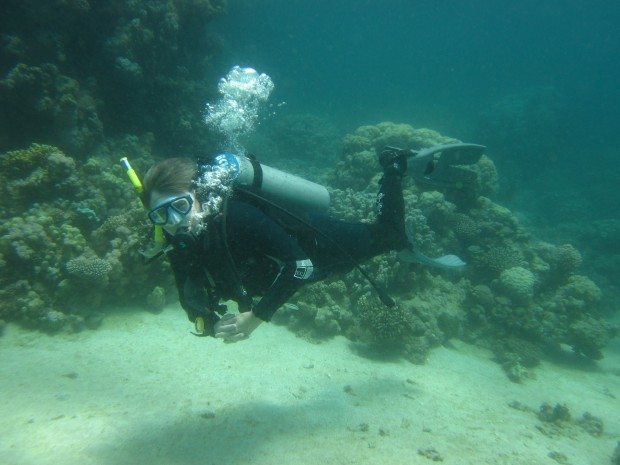 Callum Roberts is Professor of Marine Conservation at the University of York and is author of Ocean of Life: How our Seas are Changing

Throughout the world we are seeing growing evidence of the progressive collapse of marine habitats. The beaches of Brittany often lie buried under rotting piles of green weed that belch forth lethal hydrogen sulphide gas (people have died). Toxic plankton blooms in Florida are now the main cause of death for protected manatees, and threaten them with extinction. They send increasing numbers of people to emergency rooms with breathing difficulties. Estuaries near places like Brazil’s São Paulo are thick with plastic trash, and should you manage to get in for a swim you risk serious gastroenteritis, with the added possibility that it will be a multi-drug resistant strain.

Have I mentioned fish yet? This future world is a place where fish are scarce and the giants of old rarely seen. Some have disappeared for ever, like Atlantic bluefin tuna. Apart from missing their muscular grace, rumour has it that they were the most exquisitely flavoured of all fish, a melt-in-the-mouth sensation that pressed plankton fillets can never match.

If this future sounds unappealing then we had better get to work to steer a new course, because in most places we are headed this way, whether by intention, neglect or ignorance. The truth is that our oceans are changing faster than at any time in all of human history and we are the cause. Marine life is under assault from all directions. Rampant overfishing has long been a problem, especially in places like Europe, where the Common Fisheries Policy has pushed aside the simple reality that if you take more fish than are produced, you will run out eventually.

There are other ways that we are placing life under pressure. Foremost among them is carbon dioxide emissions, which are both warming the sea and making it more acidic. The future seems bleak for the tens of thousands of species that secrete chalky shells or skeletons. Incidentally that means the future is very uncertain for us too, since major groups of phytoplankton – the group that underpins almost all seafood production – have this Achilles’ heel. The other major stress to life arises from pollution. Excess nutrients and contaminants from agriculture, aquaculture and sewage lie behind the seaweed heaps, toxic plankton blooms, jellyfish plagues and unwholesome waters of our possible future world.

The good news about this catastrophic future is that we can avoid the worst by taking action today. But it will require the forging of a new deal for life in the sea to do it. Top of the agenda for world leaders at Rio +20 should be to commit to rapid expansion of the global network of marine reserves. And I don’t mean more of the usual protected areas with weak and ineffectual protection; that can only produce weak and ineffectual results. I mean places protected from all forms of fishing. The 10% coverage target set by the Convention on Biological Diversity is too low – a waypoint on the road rather than the destination. We need to build towards 30% and even more on the high seas beyond national jurisdiction.

Leaders must also commit to reduce fishing in the rest of the sea and make good on their previous promise to rebuild stocks to maximum sustainable yield (MSY) levels. Again this is a step in the right direction, but I would urge leaders to go one better and rebuild upwards past MSY. At this point we would catch more than today by fishing less, with less destructive gears, and without spending billions of taxpayers’ money in the subsidies that currently prop up overfishing. While I am on the subject, we should abandon fishing in the deep sea beneath 800m down. They are too unproductive to sustain renewable fisheries.

We need to complement these measures with a global programme of stress reduction that will curtail both greenhouse gas emissions and the many other pollutants that end up in the sea. There is no time to lose. If we don’t turn the wheel of this ship now, the still distant rocks will be unavoidable.

This blog was originally posted by Greenpeace UK