What did Greenpeace do in July?

Take a look at what Greenpeace International did this July. 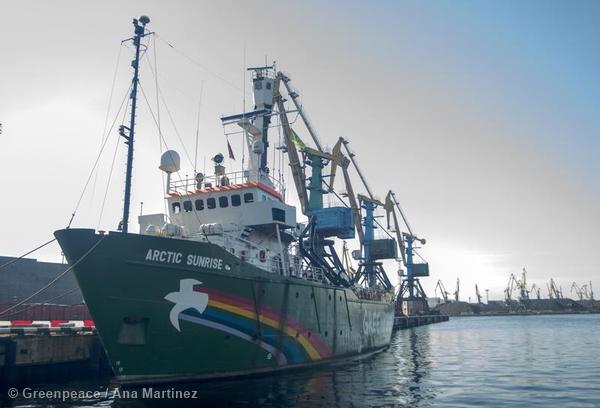 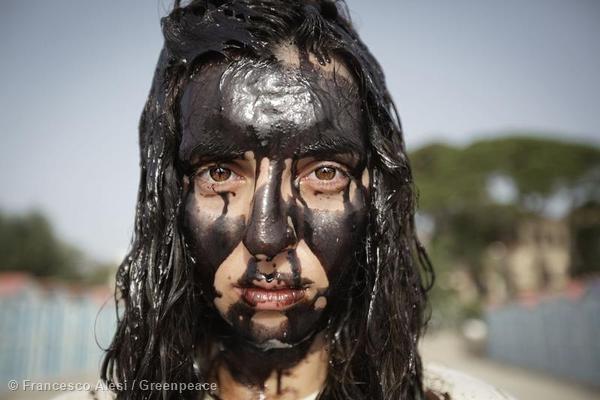 Greenpeace is demonstrating at Mondello beach, near Palermo, against an agreement between the regional government and Assomineraria, Eni, Edison e Irminio, to drill off the Sicilian coast. 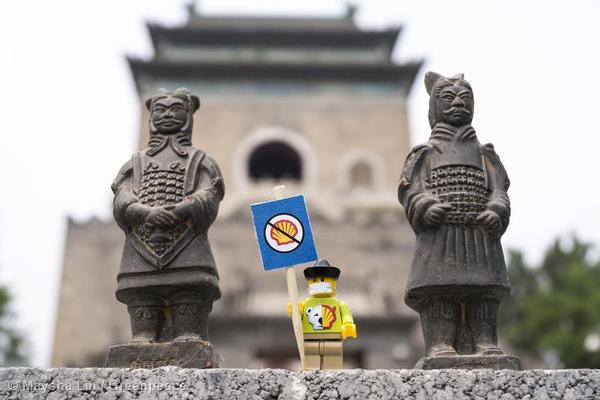 Greenpeace creates a protest scene with LEGO figures at the Bell Tower in Beijing. 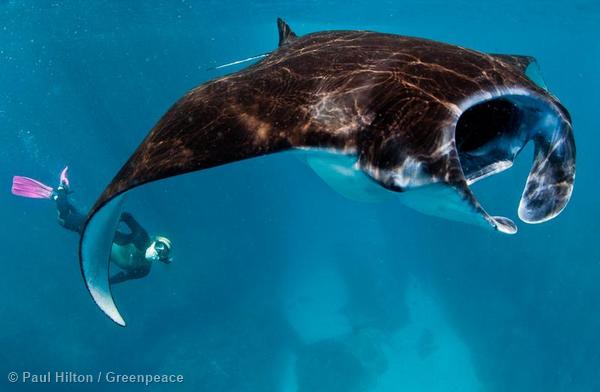 A diver views manta rays (Manta alfredi) swimming through the plankton rich waters off the coast of Nusa Penida, where major ocean currents converge between the Pacific and Indian Ocean. 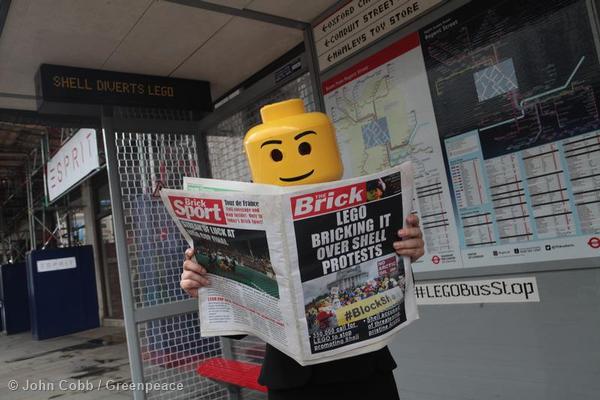 A Greenpeace activist dressed as Lego figure protests at a Lego themed bus stop in Regent Street in central London. 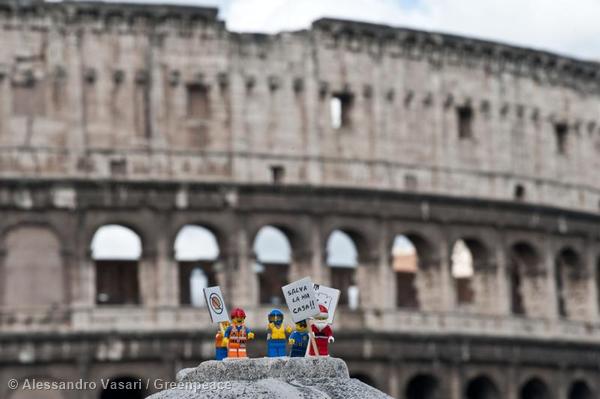 Greenpeace activists place Lego mini figures to protest with banners reading: ‘Save the Arctic’ against Shell in Rome. 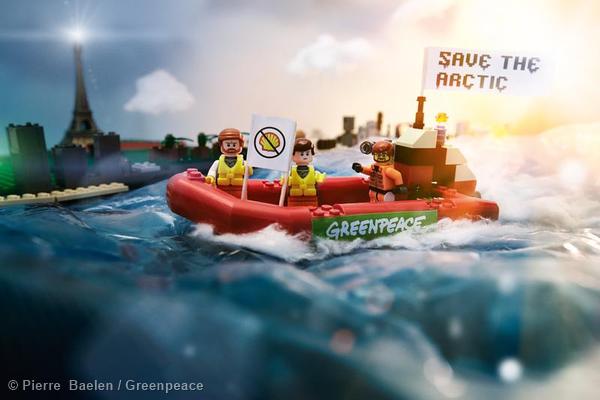 Greenpeace activists place Lego mini figures to protest with banners reading: ‘Save the Arctic’ against Shell in Paris. 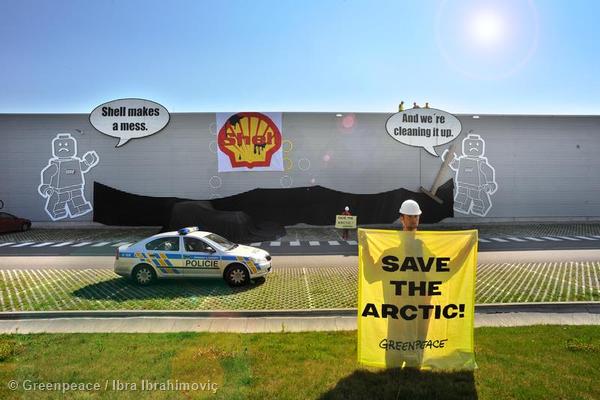 Greenpeace alters large LEGO figures on the LEGO factory in Kladno, and installs a mock oil spill that the figures resentfully must clean up. 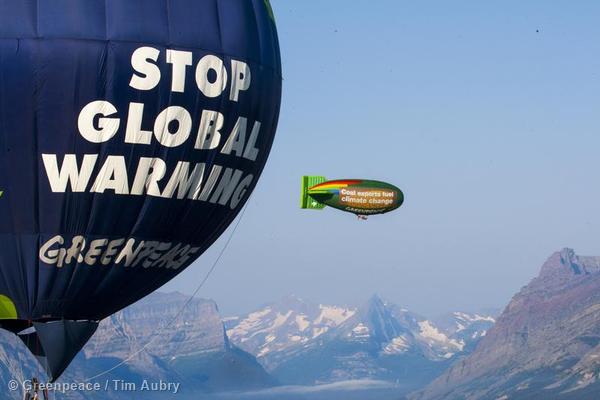 The Greenpeace thermal airship A.E. Bates flies by Glacier National Park near St. Mary’s. The airship flew with banners reading, “Coal exports fuel climate change” and “Keep our coal in the ground” to highlight the risks of coal export and mining. 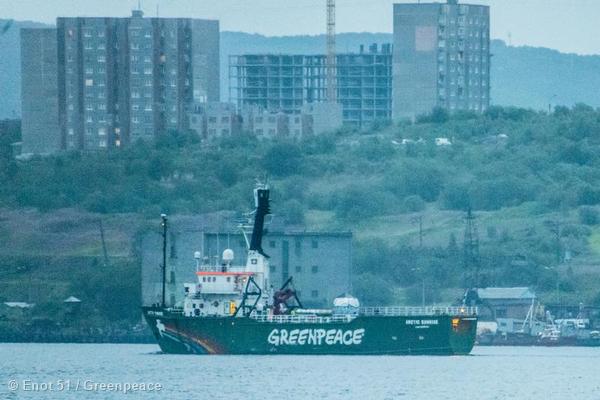 The Greenpeace ship Arctic Sunrise departs from Murmansk, Russia. Captain Daniel Rizzotti and other Greenpeace crew gained access to the ship on June 27th, finding that after more than nine months without maintenance, the ship must undergo considerable work to make it seaworthy for its departure from Murmansk, and its return to Amsterdam. 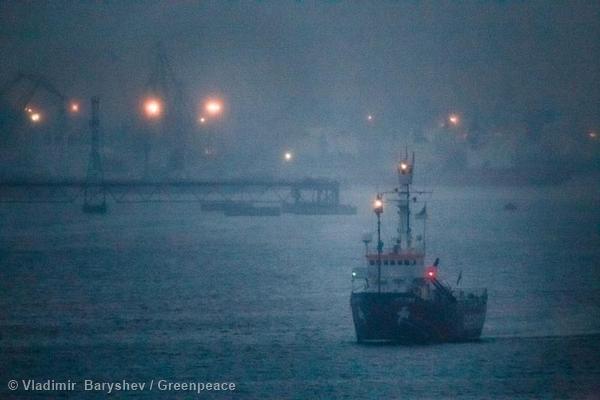 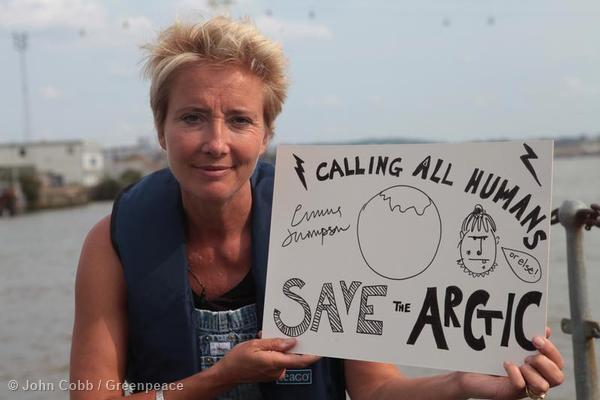 Actor Emma Thompson holds a sign during preparations for her voyage on a Greenpeace ship in August as part of the Save the Arctic campaign. 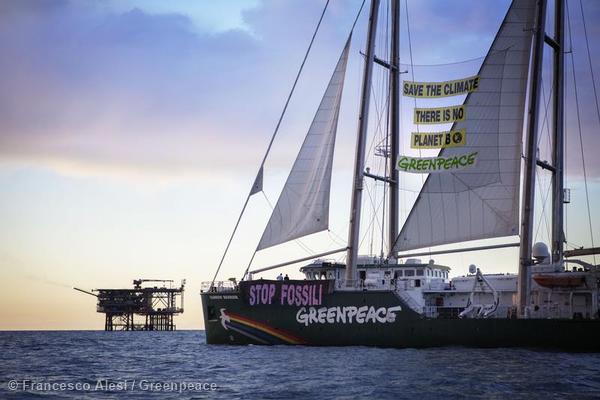 Activists aboard the Greenpeace ship, Rainbow Warrior unfurl a banner reading: “No Fossil Fuels” and ‘Save The Climate, There Is No Planet B”, as it sails past the Rospo B oil rig off the coast of Vasto.
The environmental organisation warns that increased oil drilling activities across the Mediterranean could result in an accident that would cause irreversible damage to environment and livelihoods in the region. 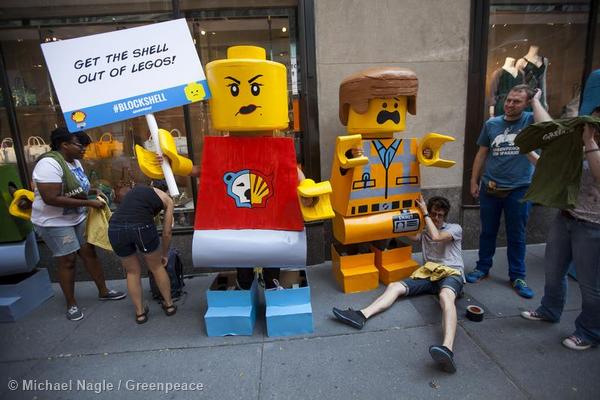 Greenpeace activists in LEGO character costumes picket outside a LEGO store calling on the toy company to break its commercial relationship with Shell over Shell’s plans to drill for oil in the Arctic.

Greenpeace activists, dressed as a polar bear and LEGO mini figures, protested at the LEGO booth in the annual Ani-Com and Games Fair in Hong Kong. 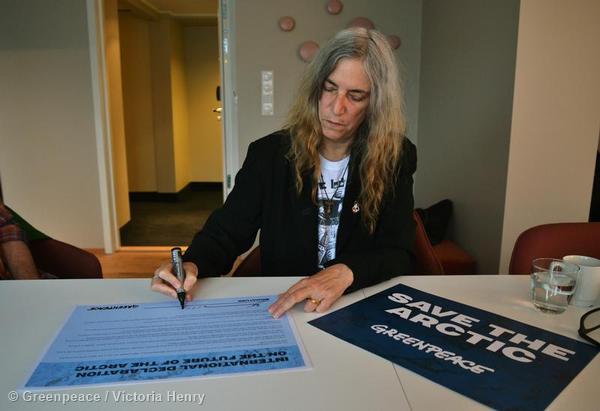 Musician Patti Smith pledges her support for the protection and preservation of the Arctic, adding her name to the International Declaration on the Future of the Arctic. 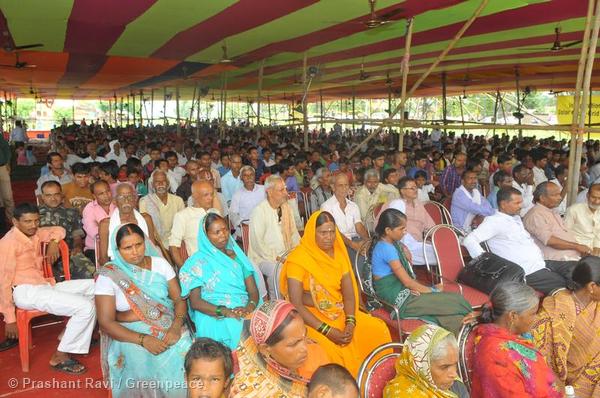 Inhabitants of Dharnai village attend the launch ceremony of a solar-powered micro-grid, that could be a game-changing model for bringing reliable energy to millions around the world. The first-of-its kind in India 100 kW solar micro-grid, developed by Greenpeace India and partners BASIX and CEED, supplies around-the-clock electricity to more than 2,400 residents, 450 homes, and 50 commercial operations, including two schools and a health care facility. 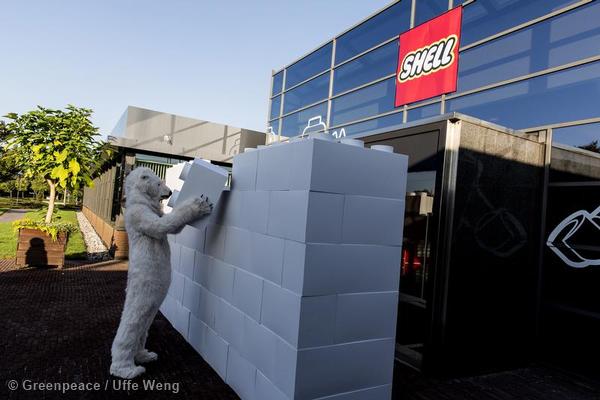 On the second day of a protest at the LEGO headquarters in Billund, Greenpeace activists build a LEGO brick wall blocking the entrance. Over half a million people across the world have written to LEGO asking the beloved toy company to cut ties with Shell.