Fracking is a loaded word. When it is spoken people see images of lit cigarette lighters next to water taps with pops of flame jumping from the flowing liquid. Burning rivers, water contamination and mystery illnesses. 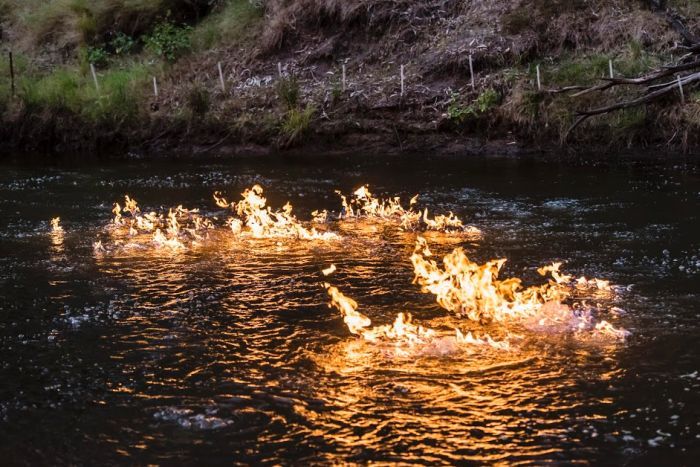 It’s an unpopular word, an ugly word. Only fitting for an ugly, destructive practice.

Originally published on The Fifth Estate

Yesterday the Federal Treasurer, Scott Morrison, declared that states who have banned gas fracking could have the amount of GST they are given cut back.

Effectively the government is now blackmailing the states – allow the fracking or lose money for your schools and hospitals.

Allow it or else.

By making this announcement the Federal Government are sticking to a vision of Australia where blasting, fracking, and dragging resources out of the ground is still the lifeblood of the country.

But they owe us better.

“They put the country into neutral and we very gently ground to a halt in the nowhere land of the early 1980s, with a dependency on commodities that would not pay for our imports,” Keating said.

Twenty five years later a lot has changed but the fallacy of commodities as the path to a prosperous future for Australia remains.

It was old then, it’s old now.

It’s the vision that the government are trying to force on states and territories who have banned fracking via their heavy-handed threat to snatch back cash from the GST.

It’s the vision that Barnaby Joyce was pushing when the talked about opening up the “cash cow” of the Galilee basin by handing over a billion dollars of public money to mining companies.

And it’s the vision that is being sold to the people of South Australia when they talk about allowing oil companies to drill in the Great Australian Bight despite the risks.

And we can do better.

We can certainly do better than leaders who tell the people of Queensland the most exciting prospect ahead of them is wrenching lumps of flammable rock from the ground, even as the state’s coal miners suffer through the uncertainty of a black lung outbreak.

Or better than politicians who go on a road show trying to sell the community on sending public money to mining billionaires even as they watch the Great Barrier Reef flash fry two years running, as much as half of this precious and unique treasure now dead.

And you don’t have to look far for a different vision.

This week the Victorian Premier took to social media to declare that “wind turbines aren’t “eyesores” but instead were “job-creating, bill-reducing, energy-generating machines” as he opened Australia’s third-largest wind farm.

In South Australia the residents of Port Augusta were left feeling abandoned following the closure of a local coal-fired power plant which left dangerous fly ash raining down on the town.

The region is now staying afloat on hope brought by renewable projects with Australia’s largest solar farm due to built nearby this year and wind farms also planned for the region.

In fact, experts have suggested Australia has the ability to become a global “renewable energy superpower” gaining environmental and economic advantage. All that is needed is vision.

A reliance on fossil fuels isn’t another demonstration of the government’s tired 25-year-old ideas for these communities – it’s standing in the way of them transitioning to a better future.

While some things are still the same since Keating’s speech at least one thing has changed.

The 1992 object of his anger, then Liberal leader John Hewson, this year went against the party he once steered and publicly stated that loaning $1 billion to the Adani coal mine was the “last thing” Australia should be doing. 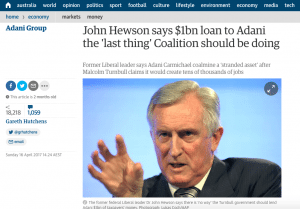 “If you take a long-term view on emissions reduction, 85 per cent of existing coal reserves cannot be mined and used in power generation if we’re going to meet net zero emissions by 2050,” he wrote.

“We have an imperative in our own circumstances not to do it.”

Back in 1992 Keating imagined a world where the outdated politicians would be put in a museum for children to visit and ask “Gee, mum, is that what it was like then?” only to be told by the relics themselves “No, kids. This is the future”.

We are now living in that future.

By now we should know the argument our future is worth exactly as much as the commodities in the ground we stand on is a false one.

We demand a better vision.