Farting away our future

Cows burp. Cows fart. And a lot of cows create a lot of… emanations. 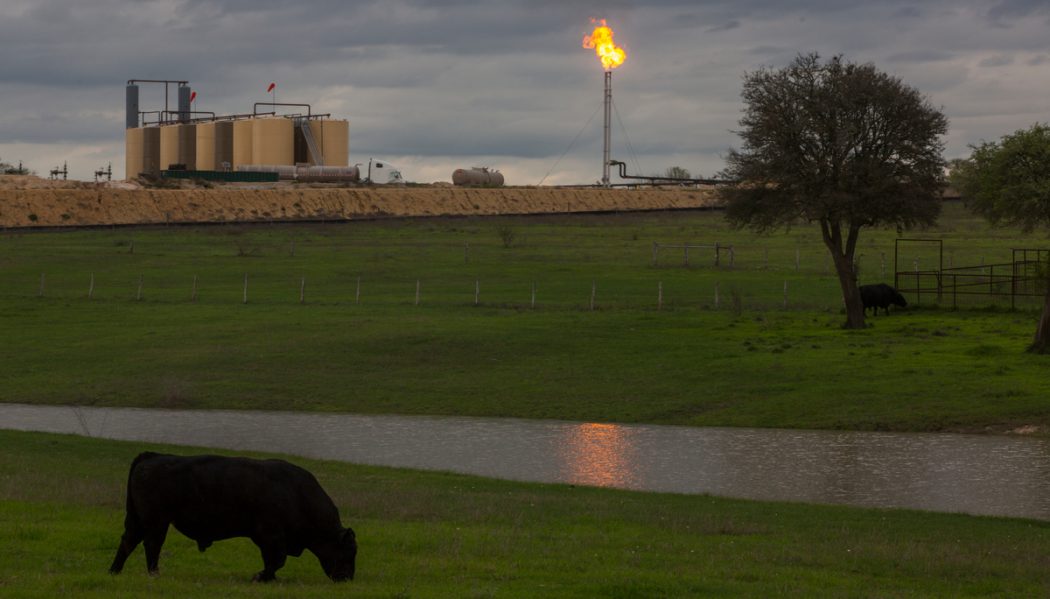 A lot of those farts and burps are methane gas, and methane is a massive contributor to climate change. Because it’s more efficient at absorbing heat, it’s 20-25 times worse per unit than carbon dioxide.

So cow farts are serious. Trust me. People have written scientific papers on how to reduce greenhouse gases due to cow farts.

Animal livestock is responsible for 18 percent of all greenhouse gas emissions, more than the combined exhaust of all motor vehicles worldwide. Even Leo DiCaprio is onto it in his new ‘Before the Flood’ movie, though like others he notes that solving the huge demand for fossil fuels is far more pressing.

But we might have just discovered one of the biggest sources of evil fart gas in the world. You’ve guessed it: Australia. And it’s not our cows. It’s the mines.

Bear with me: here’s the science.

These fugitive emissions were previously assumed to be just 0.1% of Australia’s total gas production.  Actually, says the study after comparing the Australian estimates with actual measurements taken at similar coal seam gas wells in the USA, they could be 17%.

That’s 170 times more – meaning that Australia’s contribution to climate change could be a lot higher than we thought. So industry and the government will have to work a lot harder to meet our international obligations under the Paris Agreement on climate change.

Mark Ogge, Principal Advisor at The Australia Institute (which commissioned the research), explains how the newly-uncovered extra emissions from fracking are equivalent to all the emissions from Australia’s electricity sector.:

“Methane leaks of 92 megatonnes per annum would double the amount of emissions reductions we have committed to under the Paris Agreement,” he said.

“If the 20 year global warming potential of methane is considered, this would equate to emissions of 232 Mt carbon dioxide equivalent per annum over the 20 year period.”

It’s yet more proof that Australia’s energy industry is farting away our future.  And you thought the energy business stank anyway.