What just happened to electricity prices in South Australia? 6 things you need to know

In case you haven’t heard, power prices had a brief but sizeable jump in South Australia over the last few weeks.

There has been a lot of heated, and often misleading, commentary this week about what happened and why – some of which has blamed the state’s high level of renewable energy.

Here are the facts (spoiler alert: we need more renewables, not less).

Unlike coal and gas, sunshine and wind are free. This means that renewable energy is cheaper to produce once the solar panels or wind farms are up and running. Since our wholesale electricity system uses up the cheapest sources of power first, the more renewables that are on the grid, the cheaper power bills will be in the long run.

At times of peak electricity demand, like when the weather is hot and people switch on their air conditioning, more power plants have to be brought online. These are usually more expensive gas generators, and this causes a temporary spike in prices. This used to happen a lot more over the last few years than it does now – as much as every 2 days during summer.

As you can see from this graph, those spikes don’t happen much anymore (which is why what happened last week in South Australia got so much attention). And we have renewable energy to thank for it. Over 1.5 million small scale solar systems, like household rooftop solar panels, are now installed across Australia. That capacity helps to provide power when there is a lot of demand and smooth out any temporary price jumps. 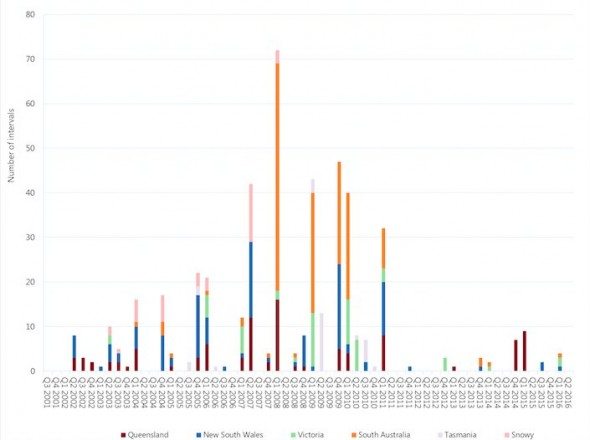 3. The South Australian price spike was not caused by wind farms

Here is a graph comparing the percentage of South Australia’s power that came from wind since the start of 2016 (the green line) with the wholesale electricity prices across the National Electricity Market (the other lines). A quick glance shows that the two are not related. Despite some fluctuations in the amount of wind energy, the price remained steady at around $50 for most of the year; the recent price spike was not accompanied by any significant change in the amount of wind power used. 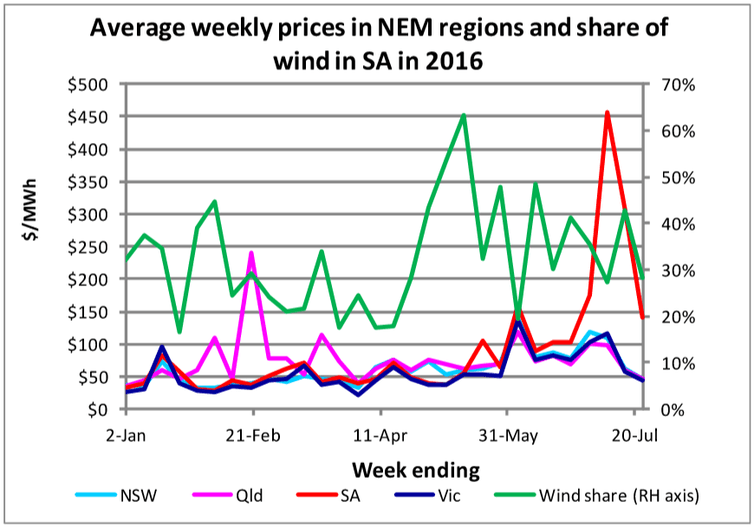 4. Media commentators who oppose action on climate change are hiding the facts

The fossil fuel industry and pro-fossil fuels pundits have used this moment to push their anti-renewables agenda. Chris Kenny, writing for News Limited last week, for example, claimed that South Australia’s high levels of renewables have driven up prices. The reality? Wholesale power prices in South Australia have dropped by 40 per cent since 2007/8.

The temporary rise in power prices in South Australia was caused mainly by a jump in gas prices during May and June; the upgrade (and temporary shut down) of the Heywood interconnector which provides South Australia with power from Victoria during times of unexpectedly high demand; and an uncompetitive electricity market that allows big operators to dictate power prices. But you won’t hear the fossil fuel industry’s talking heads say much about that. 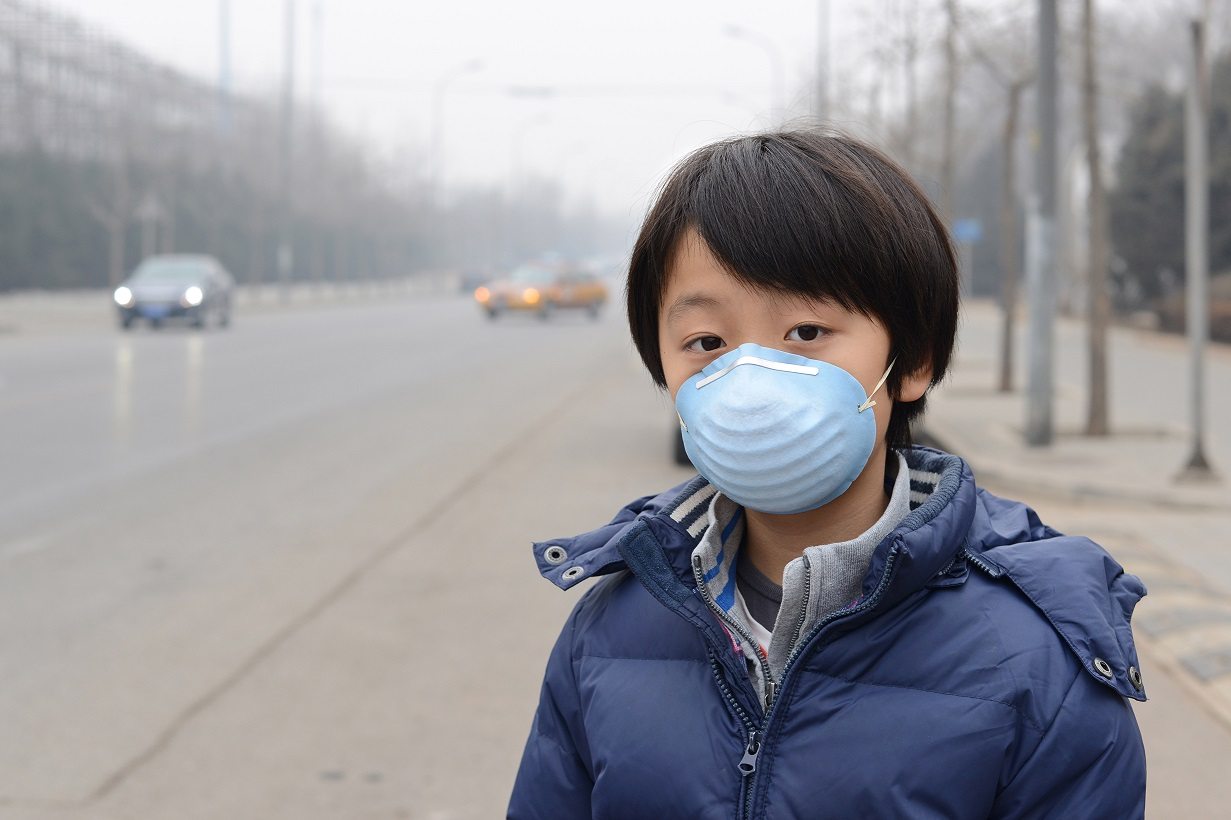 Kenny also argued that countries like China and India with lots more fossil fuel generation are better off than we are. Try telling that to the residents of Beijing, one of the most polluted cities in the world, where children have to wear face masks to play outside, or Delhi whose residents die 6.3 years too early because of air pollution from fossil fuels.

5. Australia’s electricity system is outdated. We need a 21st century grid to meet our needs 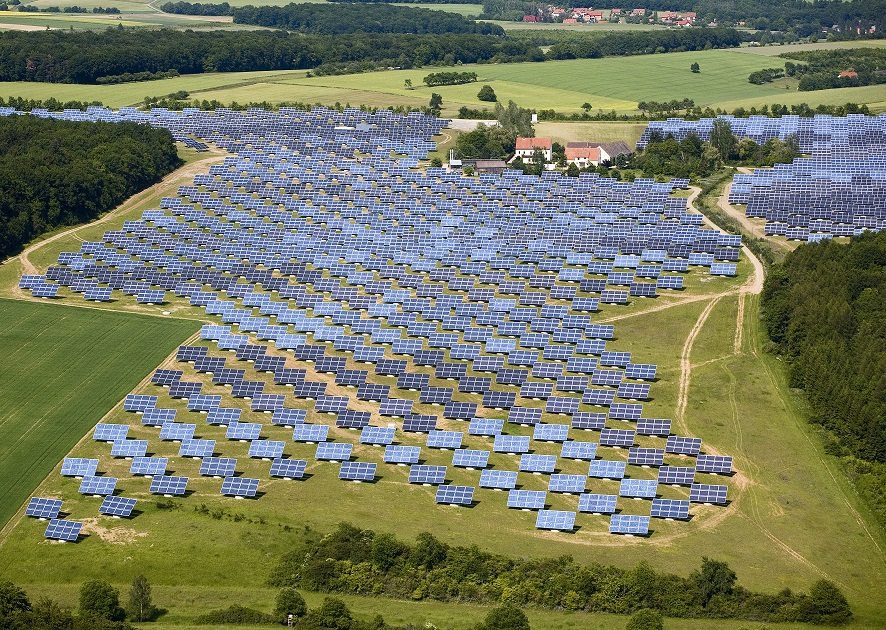 The way we distribute and price electricity in Australia is a relic from last century which is not designed to make the most of the revolution in cheap, clean renewable energy that has swept the world over the last 15 years. As the head of Solar Citizens, Claire O’Rourke, writes we need to be smarter about how we send energy to areas that need it through dispatchable renewables systems and solar thermal plants, like the one recently proposed for Port Augusta. We need to bring more battery storage from solar panels online, and pay solar households a fair price for the power they send back into the grid. And we need to wind back the power of the Big Three polluters – AGL, Energy Australia, and Origin Energy – who dominate our energy market and shape it to meet the interests of their shareholders, not yours. 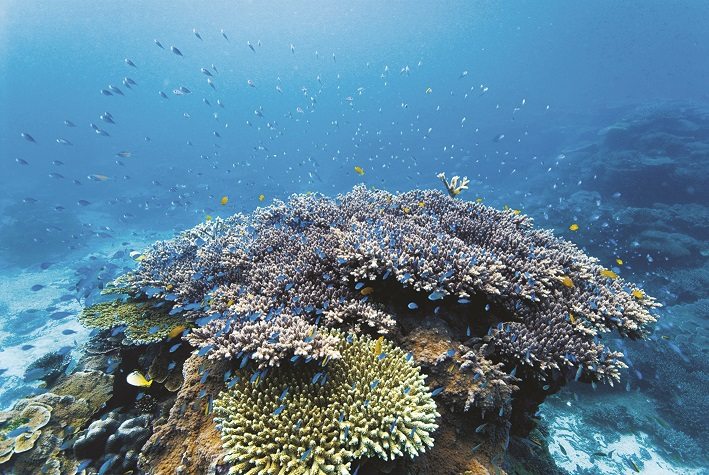 The world is facing an unprecedented climate crisis which has heated the globe to record levels, killed 22% of the coral on the Great Barrier Reef in 2016 alone, and made extreme weather events like heatwaves and hurricanes more intense. The only way out is to rapidly phase out polluting fossil fuels and replace them with renewables like wind and solar.

The opportunities are immense. Yes, renewable energy will reduce power bills and provide more jobs. But, more importantly, it will give us clean air and water, and help leave a healthy, peaceful planet for our children and grandchildren.

As more and more Australians make the shift to a clean energy future, the fossil fuel industry will keep trying to use opportunities like this to attack the renewables sector. But it is up to all of us to cut through their PR spin and make sure people have the facts.

Share this blog and let’s keep the Energy Revolution going.