Defending our Pacific with the new team in Korea

It is without a doubt that our oceans are an integral part of human survival and crucial to how Mother Nature goes about her business on a day-to-day basis and maintains. After all, 80% of all the life on Earth lies beneath the surface of our seas. 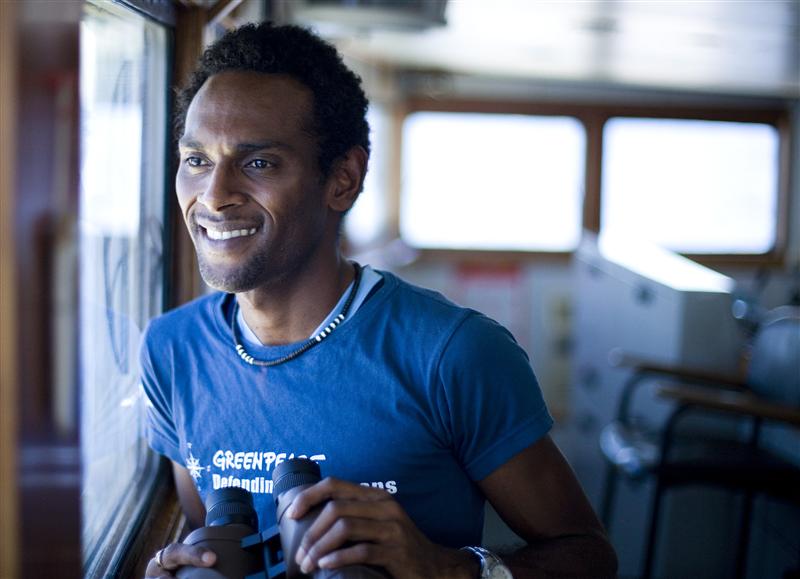 Since joining Greenpeace, I have always been fascinated and depressed with how little we truly know about the ocean and the life it supports and yet somehow, we are either too scared to embrace the importance of rescuing our oceans, or likely are we also too ignorant to think beyond the luxuries of all that our oceans give us today.

As part of my journey as an ocean defender, I have been here in South Korea the last few days to help raise the awareness of the oceans crisis- and about the solutions- to the masses. I am now (wait for it.. wait for it…) one of the first Greenpeace campaigners to advocate for Greenpeace’s now official oceans campaign presence in Korea. Yes, folks we are opening an office in Korea! 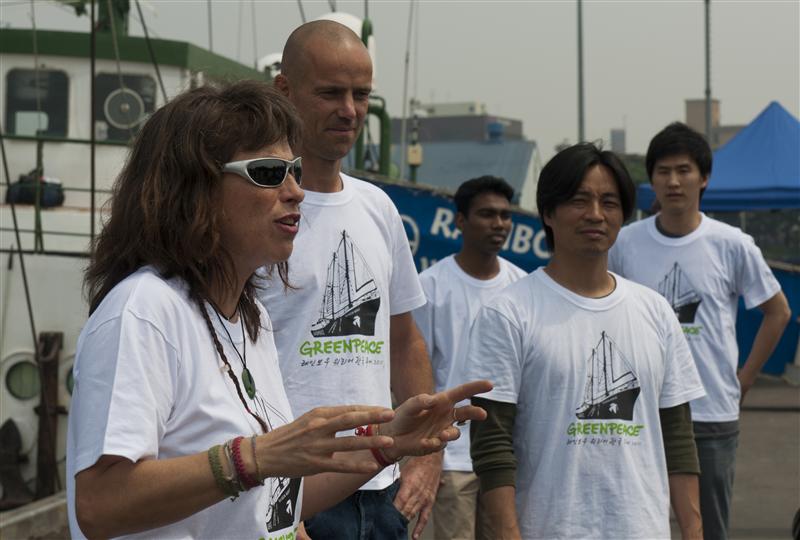 For me, this is a personal and professional milestone. I have been with Greenpeace now for about a decade and I have always been convinced that if we are to save our oceans, we as Greenpeace need a presence is in Asia, especially given that some of the world’s biggest fishing companies, fishing fleets and many seafood consumers are here. So you can imagine how thrilled and excited I am to be a part of this new Greenpeace presence.

It’s shocking to learn (even for me) that over 80% of the world’s fish stocks are at risk: they are overexploited, depleted or recovering thanks to overfishing. Destructive overfishing is every day changing the very makeup of our oceans, and without the creation of marine reserves, the crisis will only worsen. The way we fish tuna, the world’s favorite fish, is the perfect example of how we mistreat our oceans. Even the world’s last relatively healthy tuna fishery in the Pacific Ocean is in jeopardy of being wiped out.

I am one of the many Greenpeace oceans campaigners around the world working to maintain the health of our oceans, the life in them and the people dependent on them. I am a Pacific islander from Fiji, one of the many islands in the Pacific whose waters are home to tuna. Millions around the world, including many of my fellow Fijians, depend on tuna for livelihood and is a major part of the economies of my fellow Pacific island communities.  For some Pacific island countries, tuna makes up about 40% of their GDP.

For me (and many others), saving the Pacific tuna fisheries is about protecting our future and necessary to ensure that our future generations enjoy what we believe our forefathers left for us. I am here with Greenpeace in Korea to represent the voice of my fellow Pacific islanders.

Over 80% of tuna fishing fleets in the Pacific are from Japan, Korea, Taiwan, China, USA, Philippines, and the European Union. In their race to catch more fish, these industrial fleets use large-scale and destructive fishing methods such as purse seining with FADs (fish aggregation devices) and long-lining to attract fish. Not only do they plunder the Pacific of the resources island peoples need, but they also take majority of the profit with them – in fact the Pacific tuna fishery is worth over $3billion (USD) annually but you know what, the Pacific only gets a mere 5-6% of the value of the fishery.  Even that small amount is only from the license and access fees they charge. It really doesn’t take a genius to figure it out…the Pacific is being ripped off and denied their fair chance to get an equitable return from their own fisheries.

So, Korea is part of the problem and can be a part of the solution. The Korean government can help get the Pacific back on track to healthy, living, tuna-rich oceans. Korea has the third largest global catch of all distant water fishing ,but second globally in terms of total tuna catch. Over 70% of the world’s tuna comes from the Pacific- estimated at 2.5 million tonnes. Over 94% of Korea’s total catch comes from the Pacific, caught by 28 purse seine vessels and 111 longline vessels. Tuna is ranked first in export value in Korea ahead of agriculture and forestry. There is absolutely no question that Korea is important to the future of our Pacific and any leadership and commitment shown by the Korean government and industry can help rescue our oceans.

We are asking the Korean government to formally support what we believe is a rescue plan necessary to getting the Pacific tuna fisheries back to the point of being able to support future generations :

–Support the closure of Pacific Commons to all fishing and creation of marine reserves in these key areas;

–Immediately cut the fishing effort and capacity reductions in the Pacifc by at least 50% to long-term sustainable and equitable levels.

I will be writing to you again to report on meetings we’ve had with the government and industry and their response to our asks, so until then be sure to add your voice to the global movement for marine reserves!

Lagi Toribau is the oceans team leader at Greenpeace Australia Pacific, based in Suva, Fiji.