New South Wales was once a world leader on climate action, but a new Climate Council report shows it is now far behind, spewing more greenhouse gas pollution into the atmosphere than any other state or territory. The Climate Council report – Ageing and Unprepared: Energy in New South Wales – examines the state’s ongoing dependence on coal and gas power stations and its tardy transition to renewable energy. 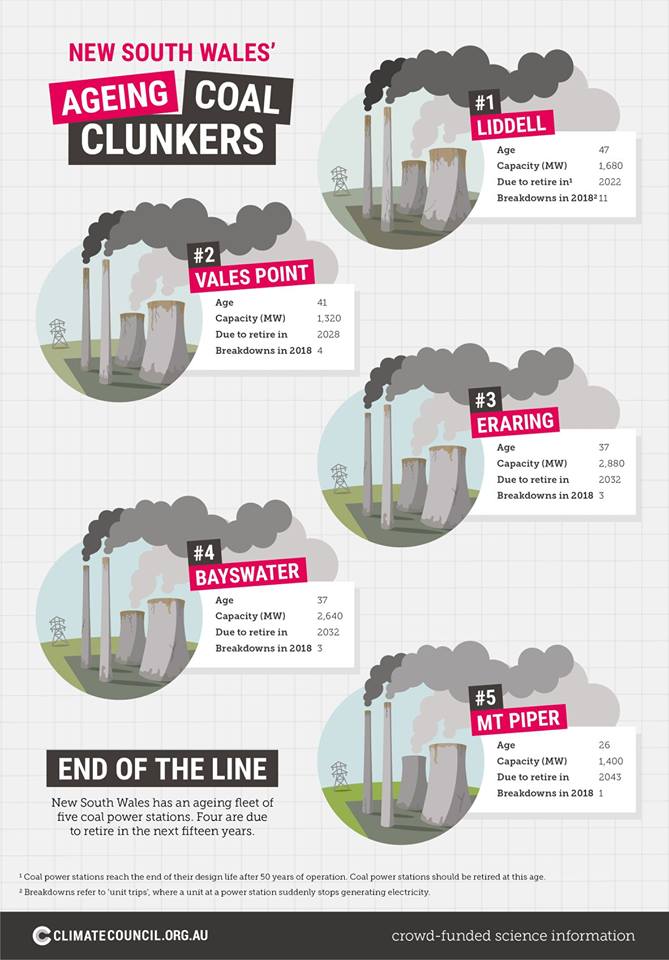 New South Wales was once a world leader on climate action, but over the past five years it has become a laggard.

New South Wales is responsible for more greenhouse gas pollution than any other state or territory and continues to rely on heavily polluting coal and unreliable gas power stations.

Current climate policies in New South Wales are inadequate, although local councils are stepping up in the face of state government inaction.

New South Wales is highly exposed to the impacts of climate change.