Damn the Dams: Why we need to say no to flooding the Amazon

Imagine, for a second, if your home was sunk under water. Not temporarily flooded, like a leaky roof after heavy rains, or water on your carpet that eventually receded. But permanently. Imagine your whole town under water. That is what is currently proposed for the lands of the Munduruku people, in the heart of the Amazon.

That’s why, as the world’s elite athletes gear up for the Rio Olympics in August, another epic contest is brewing in Brazil. Plans are afoot for a major new dam in Brazil that would rip through the heart of the beautiful Amazon rainforest, sinking the homes of the Munduruku Indigenous people. This is pitting Indigenous peoples and environmentalists against Brazilian elites and the companies who would profit from building the dam. That is why this week Greenpeace launched a global campaign to stand with the Munduruku, to convince the Brazilian government to cancel the project once and for all. 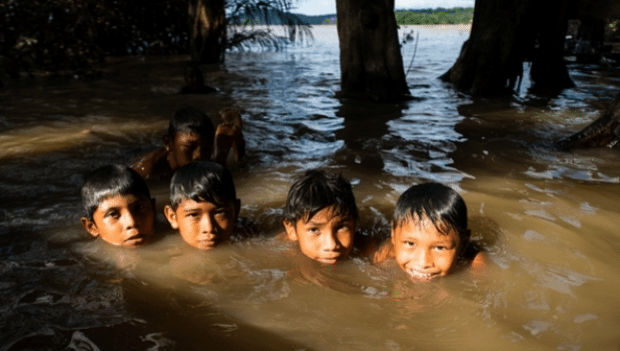 The Amazon is the largest expanse of tropical rainforest in the world, home to a dizzying number of plants and animals. If the planned São Luiz do Tapajós (SLT) mega-dam goes ahead, one of the last free rivers in the Amazon – the magnificent Tapajós river – will be dammed. It would have a reservoir of 729 square kilometers (almost the size of New York City), flooding part of the Munduruku land and drive an estimated 2,200 km2 of indirect deforestation as a result of roads and other infrastructure related to the construction and migration to the area. This will destroy the homes of Indigenous communities and wildlife.

It is almost unthinkable that such a project would be conceived at a time when the world is in the midst of not one, but two environmental crises: climate change and collapsing biodiversity. Flooding people’s homes is not something you would wish on anybody. But do the companies you buy from wish it on the Munduruku?

Here in Australia, the Amazon might seem far away, but the companies who may be involved in the project are not. Greenpeace is calling on international companies like Siemens, whose Australia/New Zealand operations are headquartered in Victoria, to confirm they will not get involved in the project by supplying components like water turbines for the dam. Although their company profile is focussed on green solutions, Siemens were involved in the controversial Belo Monte Dam, the most recent destructive dam to be built in the Amazon.

Two Australian-owned, Sydney-headquartered companies must also distance themselves from this controversial and destructive project. Engineering firm WorleyParsons – which submitted the highly problematic Environmental Impact Assessment for the SLT Dam – and insurance firm QBE, were also involved in Belo Monte. 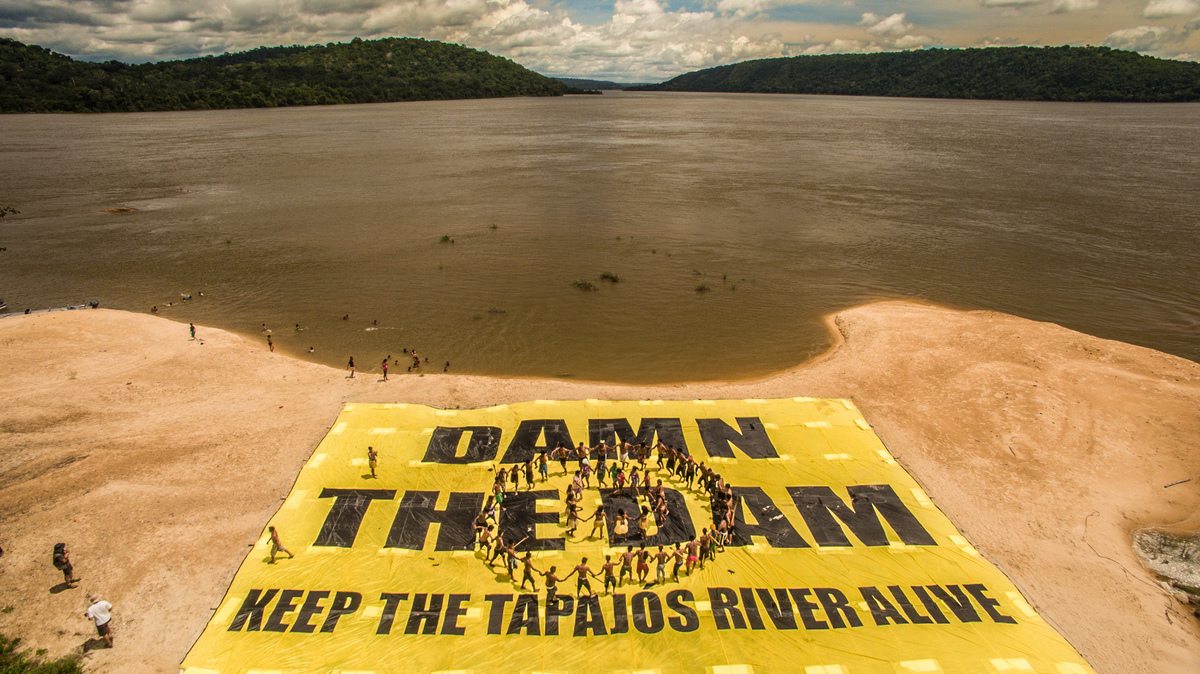 Hydro-dams may seem like a clean energy solution but they are far from it, when they involve flooding forest in critical ecosystems like the Amazon. Australians know this very well: it is the durable lesson learned from the 1982-83 seminal protests against the Franklin Dam in Tasmania.

In the Amazon, the flooded forest would release the huge amounts of carbon and methane it once stored into the atmosphere, contributing further to greenhouse gas emissions. Instead, Brazil and infrastructure companies should be investing in clean and responsible energy solutions, like solar and wind. Projects bringing solar power to schools and small communities across Brazil are already revolutionising the energy supply. With its huge surface area, Brazil also shows huge potential for wind power. These energy alternatives ultimately provide more energy security to the country.

That’s why Munduruku Indigenous Peoples and Greenpeace Brazil joined forces this week in an unofficial, community-led demarcation of their ancestral land, deep in the heart of the Brazilian Amazon. The Munduruku, fighting for the formal recognition of their land for many years, have sparked a global movement for the protection of the Tapajós and are calling on global companies to distance themselves from the controversial project.

“This an important battle not just for the Munduruku people, but for everyone around the world since we are talking about one of the biggest forests that still exist in the planet,” Juarez, the chief (cacique) of Munduruku Sawré Muybu Indigenous land, has said.

Questions around Indigenous land rights resulted in the suspension of the licensing process for the SLT dam earlier this year. However, the formal land ownership process is still in a very initial stage.

Placing the signs is one of a range of activities at the Sawré Muybu Indigenous village, including installing solar panels in the community, that Munduruku and Greenpeace activists will collaborate on in the coming weeks to draw international attention to the threat of the destruction of the Tapajós River.

Australians, who understand the environmental risks of these damming projects, can stand in solidarity with the Munduruku to help ensure their rights are upheld and the dam licensing is cancelled once and for all.

Stand with the Munduruku and protect the heart of the Amazon.