Inspiring stories of communities taking action for the climate and refusing to accept the plans of polluting fossil fuel companies are happening more and more. Here are just a few inspiring climate acts of courage taken by doctors, villagers, students, farmers, and 92-year old veterans – people just like you.

The People of the Pacific refuse to allow themselves to drown, they are fighting back against climate change! Residents of the Pacific islands, among the countries most vulnerable to rising sea levels, are taking the fight to save their homes directly to the fossil fuel industry. Using traditional canoes, 30 Pacific Climate Warriors from 12 Pacific islands paddled into the oncoming path of coal ships in Newcastle, Australia in an effort to shut down the world’s biggest coal port for a day. 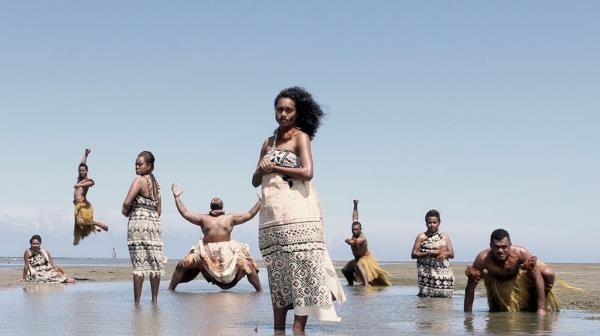 2. Maules Creek community – “We cannot allow this to happen”

Australian mining giant, Whitehaven Coal, is set to build a huge open-cast coal mine to become one of the largest in the country. The mine’s CO2 output could reach up to 30 million tonnes per year – roughly equivalent to New Zealand’s entire energy sector. The local community together with anti-coal activists, including religious leaders, doctors and a 92-year-old digger, decided they will not allow this coal to be mined and burned. They launched a fierce campaign against the developments, undertaking direct, non-violent action to protest against the mines. 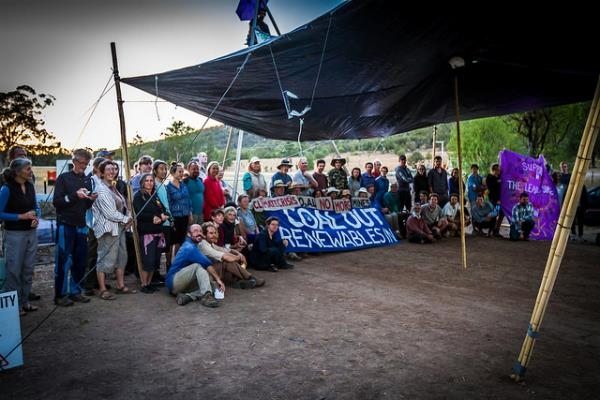 The Dharnai village in Bihar, India, has shown their government, and the rest of the world, how people can stand up to the climate-wrecking fossil fuel industry. This small village from one of India’s poorest states is lit-up by a solar-powered micro-grid. By bypassing the dirty energy technologies of the past century, and by powering their community with sustainable solar power, the village proved that people can own and control their own clean and renewable energy.

4. A little lobster boat can make a big difference

In May 2013, Ken Ward and Jay O’Hara used their little lobster boat to block a shipment of 40,000 tonnes of coal destined for the Brayton Point Power Station, the largest coal plant in New England, US. They were charged with conspiracy, disturbing the peace and motor vessel violations and faced up to several years in jail. In a major — and unexpected — victory for the climate movement, prosecutors in the US state of Massachusetts dropped charges against the two activists. Why? Let’s let the District Attorney explain:

Wow. Let’s hope all peaceful activists taking action for our future are treated with the same common sense.

Dozens of universities and cities are committing to divesting in fossil fuels. Several of these commitments come as a result of students and residents organizing and speaking to officials about the importance of divesting from fossil fuels. Read more about everyone who’s going fossil free! 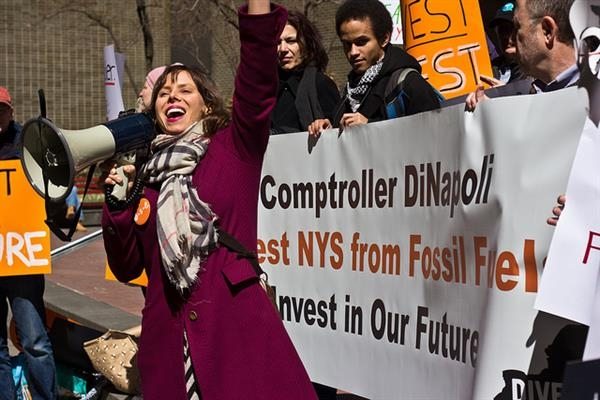 The story of Mahan in India is the story of a community fighting to save an ancient forest from a long-corrupt coal industry. The struggle of the people of Mahan attracted international support and managed to, not only save the forest from being turning into an open-pit coal mine, but also achieved victory for the environment and the climate by spelling out the end of cheap coal in India. Coal fired power plants are the biggst source of man-made CO2 emissions. India now has an excellent opportunity to scale up its ambition on renewable energy!e Thousands of people joined hands to form an eight-kilometer Human Chain across the border of Germany and Poland to protest against lignite coal mining in the area. 30 different nationalities traveled from cities all over Europe to be there. It was an extraordinary event that brought together Greenpeace volunteers, environmental grassroots organisations and thousands of members of the local community. 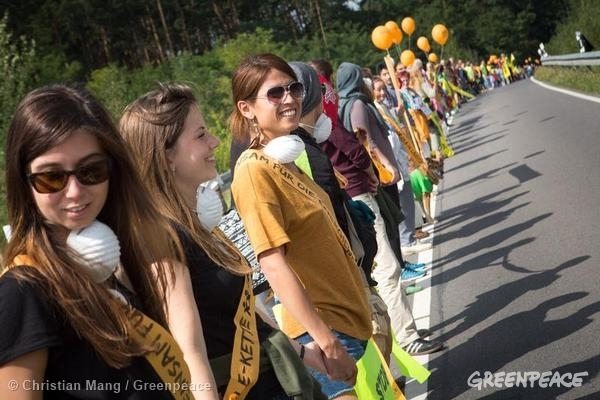 What you can do:

Sign up to join the movement and stay updated about Greenpeace campaigns and opportunities to act online and in your community! Or sign one of our petitions and take action for the climate:

Helena Meresman is a climate and energy digital mobilization specialist with Greenpeace International.