Coal, Guns, and Secrecy: Why you need to know about Efic

Large-scale, detrimental fossil-fuel projects (think Adani’s Carmichael coal mine) need one key thing in order to go ahead. Funding. But where does this funding come from? Well, in a lot of cases, it comes from banks. 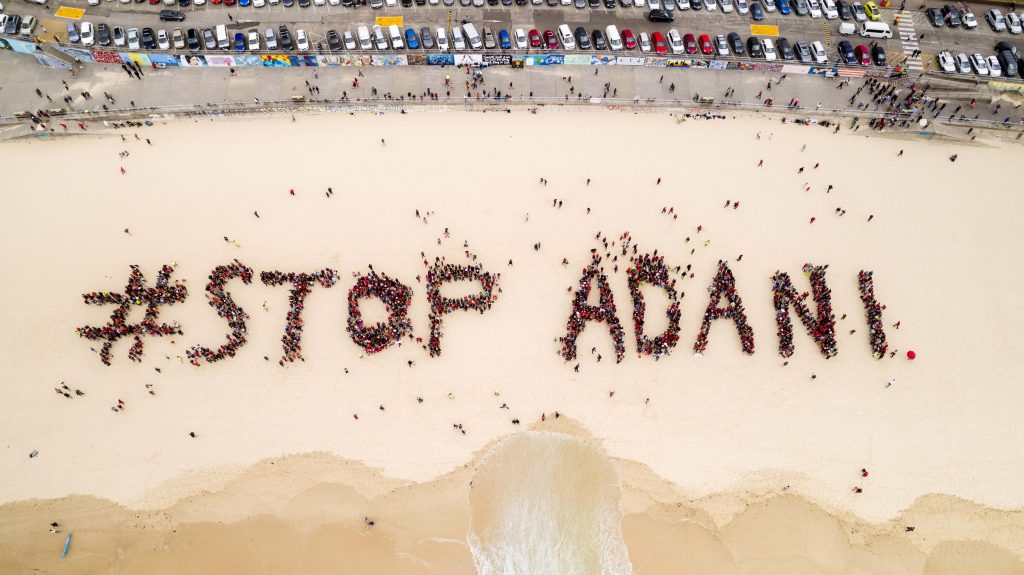 But in recent times, in Australia at least, we have seen an active move from banks to lower their investments in these kinds of projects. And while we all wish that meant these coal mines couldn’t go ahead, there are other options for funding out there.

When private banks refuse to invest in certain projects (again, think Adani’s Carmichael coal mine), Export Credit and Investment Agencies (ECAs), step in to help finance them. The Minister for Trade, Tourism, and Investment, Steven Ciobo, is responsible for Australia’s official ECA – the Export Finance and Insurance Corporation (Efic). Efic was founded using public money. AKA taxpayer money. AKA your money. And they are dodgy.

Our friends at the Australian Conservation Foundation released a report last year which outlined Efic’s dodgy dealings. They found numerous links to the fossil fuel industry, including Adani. They also found that over a period of eleven years, for every $1 Efic spent on renewable energy projects, they spent $100 on fossil fuel projects. The mandate of Efic’s funding was originally to support small to medium enterprises (SMEs). A quick look at Efic’s annual report shows that the kinds of projects they supported in 2016-2017 couldn’t be considered small to medium. Not by a long shot.

So how has it been happening? Well, in a recent statement, Ciobo created a kind of loophole to extend Efic’s mandate. He stated that “the Government recognises that large projects or firms can help SMEs access markets through supply-chain participation”, and will therefore support these large projects through Efic. It almost sounded like Ciobo was paving the way for large projects (*cough cough Adani cough cough*) to be offered funding through Efic. So on Thursday night, although it was no surprise, it was disturbing to hear Efic general counsel John Hopkins confirm that Efic has supported entities that are part of Adani’s supply-chain. It is still unclear if Adani will apply for Efic funding directly, but Efic has not ruled it out, and has had discussions with Adani as recently as mid-February.

But wait, it gets even worse. Most of the loans from Efic are counted towards what they call their Commercial Account. But the one to be really concerned about is the other Efic account called the National Interest Account. This is where they put loans that are too risky and too large to include on the Commercial Account. And the process for writing loans on this account? Surely a rigorous environmental and social risk evaluation? Nope. Just the discretion of one man. A simple green light from Mr. Ciobo.

This has always been a dodgy set up, but last month, the government announced that they will be injecting $3.8 billion into the National Interest Account (which is 77 times more than the entire amount spent last year). The main purpose of this huge increase? To fund arms manufacturers to support the government’s new goal to make Australia a top ten global defence exporter by 2028. Remember when we ran a poll last year where 73% of you told us you want Australia to join a ban on nuclear weapons? The government has decided to disregard that completely and has instead created a scheme that would move us in the opposite direction to peace.

Fossil fuels and guns. What a combo. Especially when you add in the secrecy of the Act that legislates Efic’s processes and procedures. Parts 4 and 5 of the Export Finance and Insurance Corporation Act 1991 are exempt from the Freedom of Information Act 1982 (FOI Act), meaning that everything they do in areas governing insurance and financial services and products, and anything covering National Interest transactions (the dodgy ones that only need Ciobo’s approval to go ahead), does not need to be publicly disclosed. Taxpayer money funded Efic, and any losses on any of Efic’s transactions will need to be reimbursed by the Commonwealth (in the form of taxpayer money), so to restrict public information of this nature is concerning to say the least.

Worse still, they have used the broad exemption in the FOI Act to argue that they shouldn’t even have to disclose their policy on climate change-related risk. Last year, Greenpeace Australia Pacific filed an FOI request with Efic asking for any documents that would indicate how they evaluate projects (e.g. the Adani Carmichael Coal Mine) that are at risk of becoming stranded assets as the world moves away from fossil fuels. Efic acknowledged that they had a policy, but refused to publish it, even though they post other policies on their website. We have challenged this decision with the Office of the Information Commissioner, but this is a slow process and we aren’t optimistic about the outcome.

So here we have a government body that relies on our taxpayer money, invests in risky, potential stranded assets within climate and humanity destroying industries, and doesn’t even disclose the details of how they evaluate projects (sounds a lot like our friends over at the NAIF). Opposition Leader Bill Shorten has emphatically ruled out public money for Adani from organisations like Efic, although he has stopped short of saying that he would revoke the mine’s approval. Regardless, we deserve a government that truly understands what is in the national interest, rather than the interest of corporations that would see Australia funding warfare and climate wrecking projects. Over to you Malcolm Turnbull. Will you also rule out public money for Adani?