The climate emergency revolution is underway!

From Kingborough in Tassie, to Wagga Wagga, to Sydney, Paris, London and New York: the wave of councils, towns and cities declaring climate emergencies is growing by the day.

While our federal government drags its feet on climate action, ordinary people are stepping up. Since the election, we’ve seen a surge of people from all walks of life committing what it takes to fight for a safe climate. 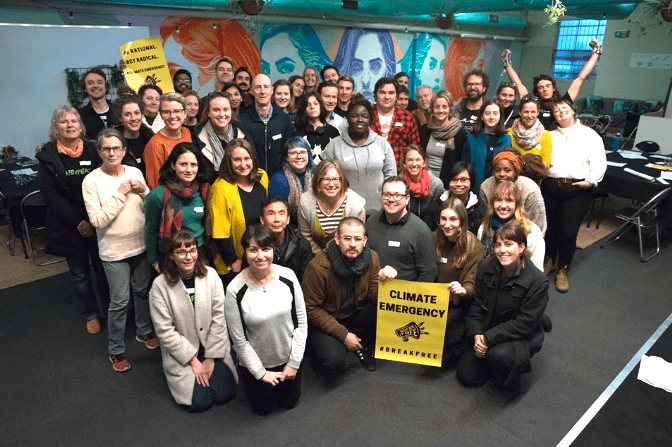 Together, we – the Australian people – are sounding the alarm from the ground up. Already the climate revolution has begun in our communities. Street by street, neighbourhood by neighbourhood, city by city. Driven by this rising tide of community action, a wave of councils have declared climate emergencies, with more joining all the time.

From Paris to Sydney, Auckland to Noosa, more than 160 million people are now represented by a local government that has stepped up and called the climate emergency for what it is, and many of them are also taking concrete steps to shift to 100% renewable energy.

A climate emergency declaration is an important first step. It’s the beginning, not the end. To fight the climate crisis we have to acknowledge its scale and urgency, something our federal government refuses to do. The more people and local councils that do this, the stronger the mandate for change is for our coal-obsessed Federal government.

But, the most crucial part of this declaration is for councils to ACT like we’re in an emergency. Many councils already have commendable and innovative sustainability practices, but the big piece here is committing to 100% renewable energy. Coal is the number 1 cause of climate damage, so if a council isn’t actively working to make this commitment to 100% RE then there’s still significant work to be done.

Wondering where your council stands? Here’s the most up-to-date list of Australian councils that have declared a climate emergency:

The total number of councils is 54, which represents a population of around 5.76 million people or 22.94% of the population.

Is your council not on the list? Call on them to be next! Or if your council is already on board, sign the open letter calling for the federal government to declare a climate emergency.

Want to do even more? If you’re keen to be a part of it, the local Break Free group would love your help to continue the fight for 100% RE. Sign up here.