Wednesday 1 May 2019 marked a significant day in history - an environment and climate emergency was declared for the first time by a national government. Jeremy Corbyn (the UK Labour Party Leader) addressed Parliament in a gripping proposal, expressing “we are living in a climate crisis that will spiral dangerously out of control unless we take rapid action now”. 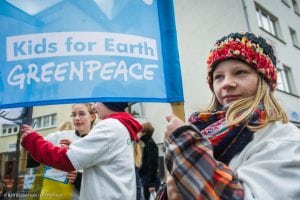 Wednesday 1 May 2019 marked a significant day in history – an environment and climate emergency was declared for the first time by a national government.

Jeremy Corbyn (the UK Labour Party Leader) addressed Parliament in a gripping proposal, expressing “we are living in a climate crisis that will spiral dangerously out of control unless we take rapid action now”.

The motion was unanimously passed, cementing the UK as world leaders in recognising the urgent need for climate action.

The address additionally called on the government to achieve net zero emissions before 2050 and deliver a zero waste economy. 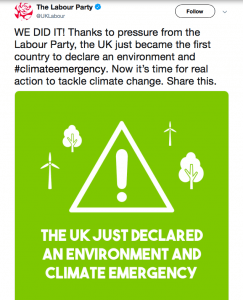 What Prompted such a Historic Decision?

There were three major catalysts for Corbyn’s symbolic move, all of which demonstrate the immense importance of the Power of the People:

On 15 April this year, Extinction Rebellion along with thousands of citizens unleashed 11 days of coordinated demonstrations and protests across London, including:

The extraordinary measure is also attributed to the Fridays for Future climate change strikes from school children around the globe, championed by the brilliant teenage activist, Greta Thunberg. Thunberg met with members of the UK Parliament a week before the motion, criticising the Parliaments inaction, declaring that their ongoing irresponsible behaviour will be “remembered in history as one of the greatest failures of humankind” 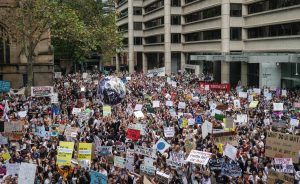 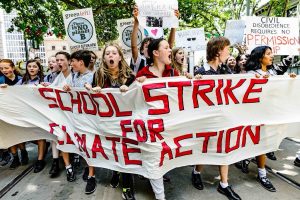 The recent broadcast of David Attenborough’s compelling documentary ‘The Facts’ on BBC One as well as his Netflix Series ‘Our Planet’ is also attributed to the push for a declaring a climate emergency. Public interest on the issue spiked after each documentary was aired, as both highlight the devastating effects of climate change on the environment and ecosystems.

What Now? The Significance of the Declaration

While XR’s peaceful acts of rebellion bought London to a standstill for nearly two weeks and resulted in more than 1000 arrests, their actions resulted in the first of their three demands being met – for the UK government to ‘‘Tell the Truth’, 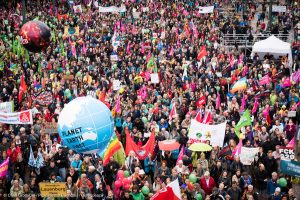 The declaration on its own of course does not mandate change however it is a enormous step for governments in finally recognizing the urgency of climate action. Corbyn’s bold move will hopefully launch a ripple effect with national governments following the UK’s lead and acting accordingly.

The motion is also significant as it brings climate change to the forefront of the public’s mind and demonstrates the amazing social results that can occur when everyday citizens unite under a common cause.

‘It’s time to act as if our house is on fire, because it is’ – Adam Bandt MP, Greens Climate and Energy Spokesperson

In Australia, the Greens are similarly urging a climate emergency declaration, with Senator Richard Di Natale (Federal Greens leader) calling on “both the Liberal and the Labor party to support what the conservative party in the UK have now adopted.”

What can YOU do?

Click here to call on Scott Morrison and Bill Shorten to declare a climate emergency now.

It is undoubtedly time for Australian politicians to stand up, tell the truth and recognise that urgent action is required. In the words of Greta Thunberg, ‘‘we can not solve an emergency without treating it like an emergency’