On 7 December 2017, while the nation celebrated the historic vote for marriage equality, the Coalition quietly introduced a number of bills to Parliament. Their aim? To silence every single one of us – environmental groups, humanitarian organisations and people like you 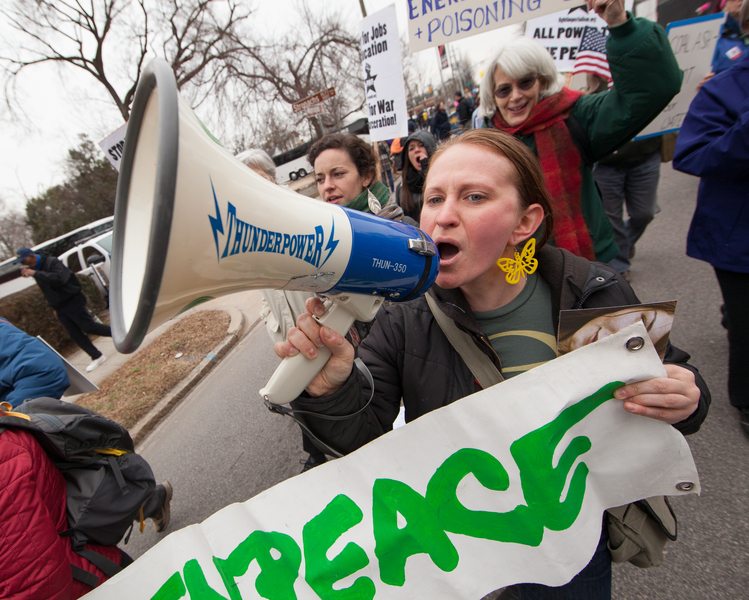 The three bills in question- the Electoral Legislation Amendment (Electoral Funding and Disclosure Reform) Bill 2017; the National Security Legislation Amendment (Espionage and Foreign Interference) Bill 2017, and the Foreign Influence Transparency Scheme Bill 2017, represent an attack on Australian charities and not-for-profits and more fundamentally on our democracy. There is a lot of legalese involved, but let’s try to cut through that to get to what the problem is with each of these bills.

One of the stated aims of the bill is to ban foreign donations to political parties. But the bill also creates restrictions on donations to so-called “political campaigners” and this is where things get complicated.

How does it affect charities?

Charities are already very strictly regulated, including with regard to their “political” activities under the Charities Act 2013 (Cth) and the Electoral Act 1918. Charities are not allowed to engage in political campaigning. They are not allowed to promote or oppose candidates or donate to political campaigns. Political campaigning is different to advocacy. This Bill introduces another layer of regulation on any charity that spends $100,000 or more on “political” activities in the previous four years. Such groups would have to register as a “political campaigner”. And this new definition of a political activity is extremely broad. Any expression of “views on an issue that is, or is likely to be, before electors in an election” counts as political expenditure even if this occurs before an election is called.

That means that posting a blog (like this one) that expresses a view on government policy would qualify as a political activity. So would expressing an opinion about federal funding for the Adani mine in an interview with a media outlet, or putting in a submission to a government inquiry about a proposed piece of legislation. In the environmental sphere, pretty much anything other than planting a tree in the ground qualifies as political. To be clear, we are talking about charities advocating for issues that they care about, not trying to get specific candidates elected. There are already restrictions on charities that prevent them from crossing that line.

Once a charity is designated as a “political campaigner” it is required to comply with a whole raft of new rules. The most onerous is that it must find a way to prove that any money spent on political advocacy comes from “allowable donors” (i.e. Australian citizens and permanent residents). It has been suggested that in order to achieve this, groups will have to get donors that want to provide more than $250 per year (around $5 a week) to provide a declaration that they are an “allowable donor” (i.e. Australian citizen or permanent resident) witnessed by a justice of the peace or a police officer. This considerable burden will inevitably result in a substantial drop in donations. An organisation designated as a “political campaigner” will also be required to have a separate account for any international funding it receives and ensure that this funding is not used for advocacy work. It also will not be able to gift this funding on to other groups, even if the work of those groups does not involve political advocacy.

The penalties for breaching these rules include hefty fines and potentially jail time for the person designated as a group’s “financial controller”. For more information, see our submission to the Senate Inquiry examining the Bill.

The Bill has significant implications for donor privacy as Australian donors to charities that are designated as “political campaigners” will be required to submit annual returns in the same way as donors to political parties. Other groups that could get caught up by the requirements of the bill include religious organisations, universities and community groups. Even the ultra-conservative Institute of Public Affairs believes that the proposed legislation is a threat to free speech and civil society.

Corporations of course! And peak business bodies like the Minerals Council of Australia who can take “fees” from foreign corporations and use them to pay for access to politicians.

How likely is it to pass?

The Labor Party has signalled that it will not support the legislation in its current form, but it is not clear whether it will simply block the Bill or seek amendments. If the latter, it will be crucial that the amendments exempt charities and not-for-profits entirely, rather than introducing only minor changes. If the Bill does pass in its current form, constitutional law experts believe that there “reasonable likelihood” it will be struck down by the High Court for being unconstitutional.

This Bill broadens the definition of “espionage” to include a range of new offences. It concerns how a person or organisation handles information that may in some way affect Australia’s national security. The definition of “information” is incredibly broad and covers even a report of a conversation. Critically, a person may be in breach of the Bill simply for possessing such information.

Any person or organisation that receives or communicates politically sensitive information to the public could potentially be guilty of espionage under this Bill. Human rights organisations are particularly concerned, given that they regularly meet with foreign diplomats and UN representatives to raise concerns about abusive government policies.

The Bill also has the potential to affect other charitable organisations, particularly given the increasing efforts on the part of many governments to keep information (that should be in the public sphere) secret. For example, in 2016 Greenpeace Netherlands leaked the draft text of the Transatlantic Trade and Investment Partnership (TTIP). This action helped to demonstrate to the public – and indeed to many government officials that did not have access to the text – how dangerous the agreement is. If Greenpeace Australia Pacific were to leak information in this way, we could potentially be engaging in espionage under the broad definitions in this Bill.

The Bill also risks criminalising journalists, and deterring whistleblowers and academics from speaking in the public interest.

This Bill would establish a new register called the Foreign Influence Transparency Scheme. Anyone engaging in activities in Australia aimed at influencing politics that is acting on behalf of foreign individuals or entities would have to sign up or face hefty penalties.

The aim of the Scheme is to increase the “visibility of the nature and extent of foreign influence over Australia’s government and political processes” which sounds reasonable enough…but once again the devil is in the details.

Most charities and not-for-profits that receive any kind of support or donation from outside Australia (with an exemption for “humanitarian aid” groups) would have to register in the Scheme. Greenpeace Australia Pacific is part of a global organisation–we support and are supported by a family of Greenpeace offices around the world. Furthermore, it is part of our mandate to advocate for the Pacific Islands and this includes speaking up for their interests when Australian policies (e.g. on climate change) pose a threat. We would, therefore, need to register.

The requirement to register in this Scheme would place further reporting, disclosure and transparency obligations on us. This will greatly increase our administrative burden – leaving us with less time and resources to do the important work that we want to do and that our supporters want us to do.

Universities have expressed grave concerns that the Scheme would interfere with academic freedom and prevent international collaboration.

You guessed it – corporations! They are exempt.

Ultimately, this is an attack on democracy

These bills arrive at a time when public trust in Australian democracy is in precipitous decline. Rather than tackling issues that actually concern the Australian public–like excessive corporate influence over our political system–the Government has tabled draconian laws that it hopes will silence its critics.

The importance of NGOs, and their ability to advocate, to the proper functioning of democracy cannot be overstated. Advocacy ensures that a diverse range of views and voices is represented in policy debate. While Greenpeace Australia Pacific supporters can be assured that we always speak up for what is right, regardless of the consequences, we are concerned that some charities, particularly smaller ones, may be deterred by these bills from doing so.

Hard right MPs, backed by faceless mining companies, are doing this because they’re afraid of you. They’re afraid of you because you got every major Australian bank to rule out funding new coal mines, you got BP and Chevron to drop their plans to drill for oil in the Great Australian Bight, and you kicked supertrawlers out of Australian waters. And they hate it.

But we’ve fought them off before, and now we need to come together stronger than ever. Please, contact your local Federal Member of Parliament and remind them that they’re supposed to bring your voice into parliament, not to silence it.