I’m here in the middle of the Western Pacific ocean with Greenpeace, onboard the Esperanza, part of the ‘Defending the Pacific’ oceans campaign.

Written by Paul Hilton, Photographer on board the Esperanza

The campaign objectives are to promote marine reserves and work closely with the Pacific Island nations to establish no-take zones in the international waters between the Pacific Island nations. My job as a photographer puts me on the frontline of the campaign, whether it’s flying in the helicopter or in high-speed pursuits in the inflatables looking for illegal fishing vessels or on diving pristine reefs or FADs.

My passion for the ocean started at an early age. Growing up on a beach in North Queensland, Australia. Surfing, windsurfing and just appreciating everything about it. Fishing with my Dad. Now based in Hong Kong, I couldn’t walk away from the fact that the city that I call home is one of the world’s largest importers of shark fins. 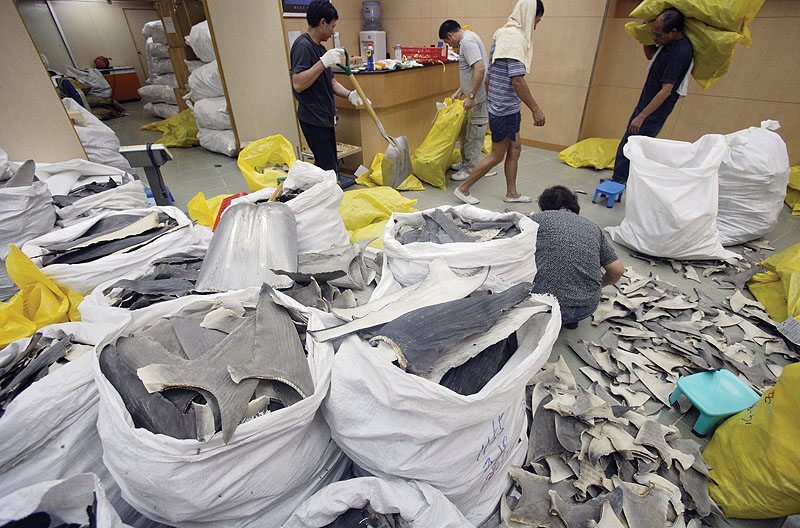 Which brings me to this moment. After finishing a 5-year shark fin odyssey, a colleague and I published a book that followed the fin trade from Africa to Asia.

The Greenpeace oceans campaign ties in closely with my personal work.

Recently, we were invited aboard the Taiwanese long-liner, Li Chyun 2 and spent several hours documenting as they hauled their longline. Our intention was to expose the bycatch associated with this type of fishing — and when I say bycatch, most of us think about sharks, turtles, rays, sea birds, dolphins.

The fishing crew had set 180km of line with over 3000 baited hooks and were in the process of starting to haul the line when we arrived. 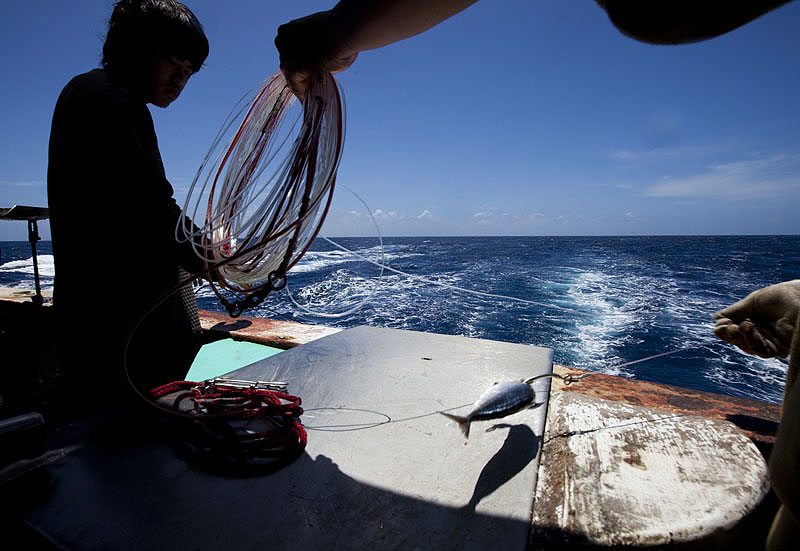 We sat on deck watching, hour after hour, and witnessed a single shark being brought onboard. No target species like tuna and marlin in sight. The shark fought hard against the line and took a few gaff hooks to its body, but was finally released. It’s likely if we hadn’t been there the fins would have been removed and the body thrown overboard. 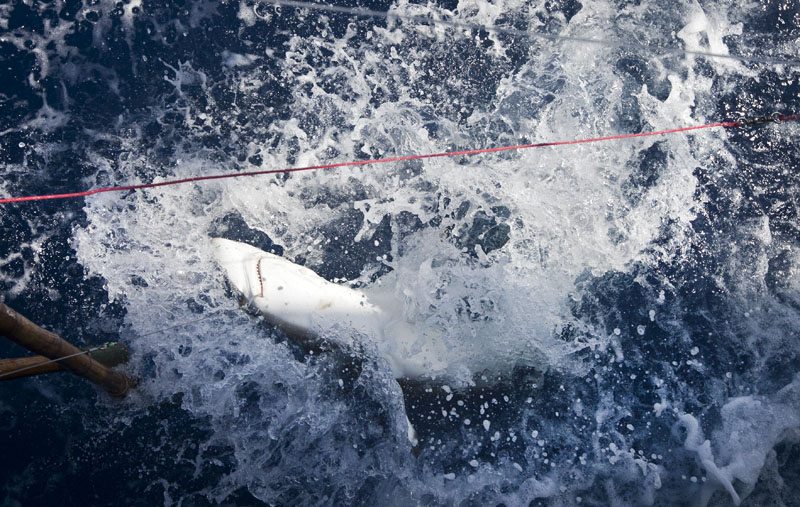 At this stage I had to ask myself, why do we classify sharks as bycatch? 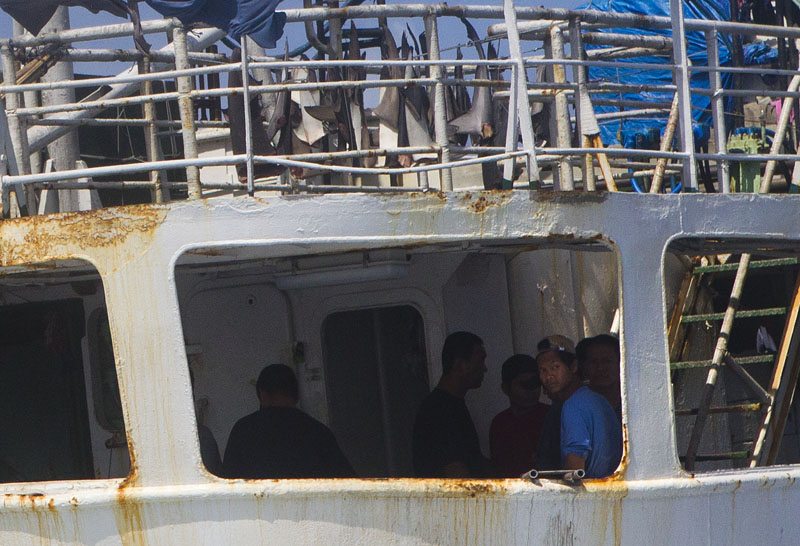 We see it time after time. Shark fins drying in the sun on decks of long liners. Sacks full of shark fin in freezers. The very lines themselves are constructed with trace wires so that shark teeth can’t cut the lines even though there are cheaper alternatives with strong monofilament lines on offer – lines that would allow sharks their freedom. 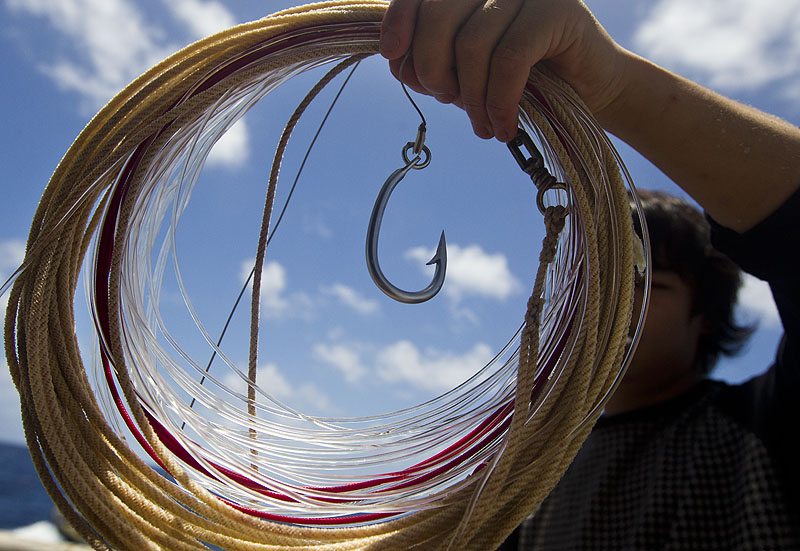 So where is the line drawn between catch and bycatch?

As tuna stocks around the world decline, shark fins represent a sought-after addition to the fishing profits of longliners.

Could it be that the word bycatch is nothing more than an excuse by the fishing industry to exploit all shark species with minimal regulation?

The fact is that while markets for shark fins exist, we’d be naive to think that shark catches are accidental or unwanted. I’m not saying that we should make sharks a target species and I don’t think there is such a thing as a sustainable shark fishery. All I can go on is my own experiences, including and recent investigation in Taiwan during which we witnessed thousands of shark fins in piles in fishing ports across the country. 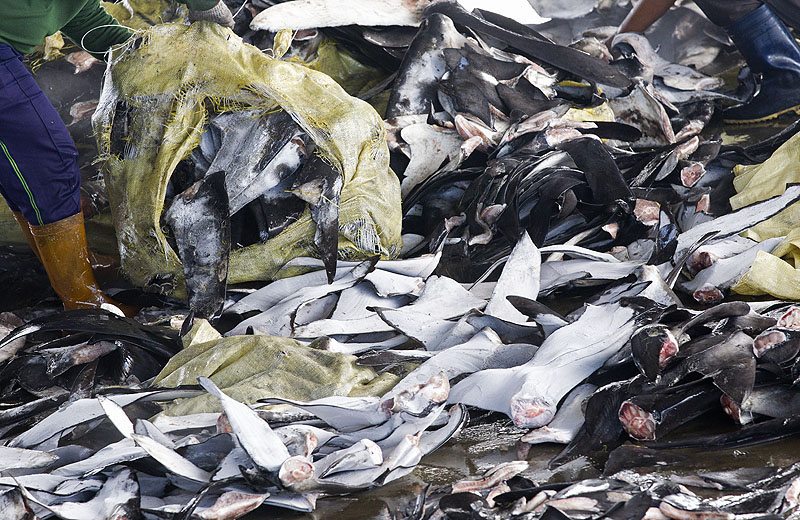 We all know what’s happening. Now is the time to care. Whether you do it for the dolphins, the whales, the tuna or in my case the sharks, we need to act. What we are doing to our oceans is a crime against nature, and is based on the belief that money and profits should outweigh all other considerations, including the survival of species and ecosystems.

We need the shark! 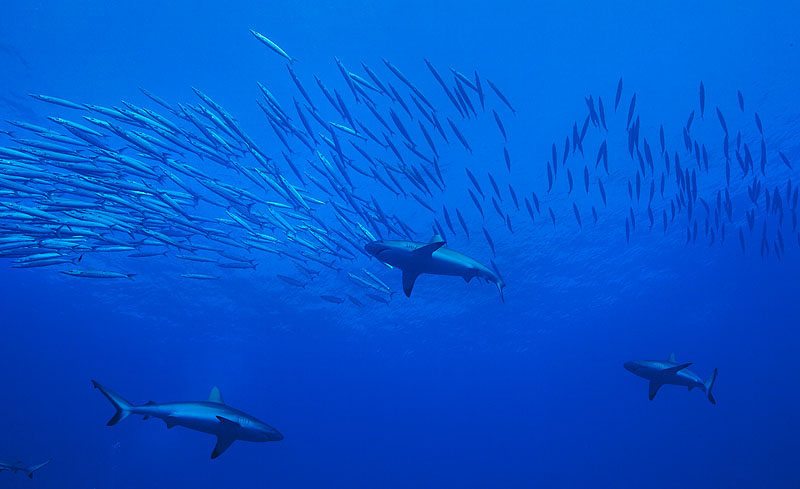 Paul Hilton is a member of the International League of Conservation Photographers, and co-author of the book ‘Man and Shark’.