Whales everywhere will be jumping for joy today. Why? Japan's sham 'scientific whaling' programme has just been declared ILLEGAL in an international court! 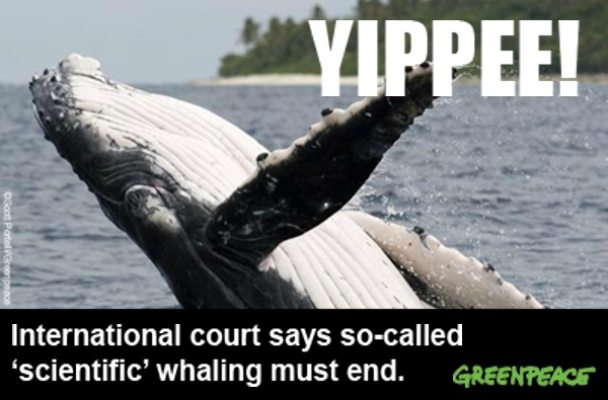 At 10am, the judges of the International Court of Justice handed down its long-anticipated decision on whether Japan’s government-subsidised whaling programme in the Southern Ocean should be allowed to continue.

While today’s ruling did not outlaw the killing of whales for scientific research per se, it categorically stated that Japan’s whaling programme in the Southern Ocean was not for scientific purposes, and the amount of whales being killed was not justifiable in the name of science. The court went on to say that Japan must stop issuing permits for this whaling.

Why is this news significant? Because it’s binding under international law. Both Japan (the defendant) and Australia (who brought the case before the court) have already agreed to abide by the outcome of the decision. 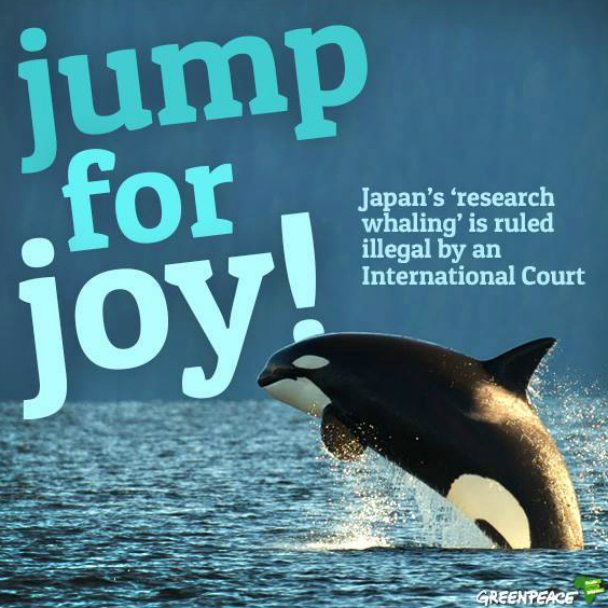 The news confirms what we’ve been saying all along: this lethal whaling programme is not necessary, and is harmful to the health of our oceans. It’s high time this industry was consigned to the history books.

Now this has made headlines over the world, we’re calling on the Japanese Government to immediately abide by this decision, scrap the Nisshin Maru factory ship, and cease all future attempts to continue commercial whaling in the future.

The court case: who said what?

If you’ve been following Greenpeace for a while, you’ll know it’s long been our view that Japan’s so called scientific whaling program has been nothing more than a thinly veiled commercial venture.

And the facts back it up – from whale meat being sold on the open market to evidence that Japan has been paying off less developed countries in order to secure votes at the International Whaling Commission (IWC) for its whaling program, a practice known as “vote consolidation”.

Such a policy has perpetuated an annual kill in the Southern Oceans. Hundreds of whales have been harpooned at sea some 6000 km from Japan, then hauled on board the Nisshin Maru ship and ferried back to port.

The Japanese Government claims that whaling is a long standing part of Japanese culture that the international community should not interfere in. But the Australian Government, who first launched the case against Japan in 2010, were quick to challenge this idea — as Greenpeace has consistently done in the past. They pointed out that Southern Ocean whaling in fact began in the 1930s, and that it takes place some 6000km from the Japanese coastline.

The fact is, the whale meat industry is dying in Japan. Statistics commissioned by Greenpeace Japan found that up to 80 % of respondents disagreed with whaling on the high seas. And 85 % said they did not know endangered species were being hunted by Japanese ships in the Antarctic Ocean. What’s more, thousands of tonnes of whale meat today remains in frozen storage in Japan because demand is so low. Despite falling catches, the stockpile of whale meat continues to grow. 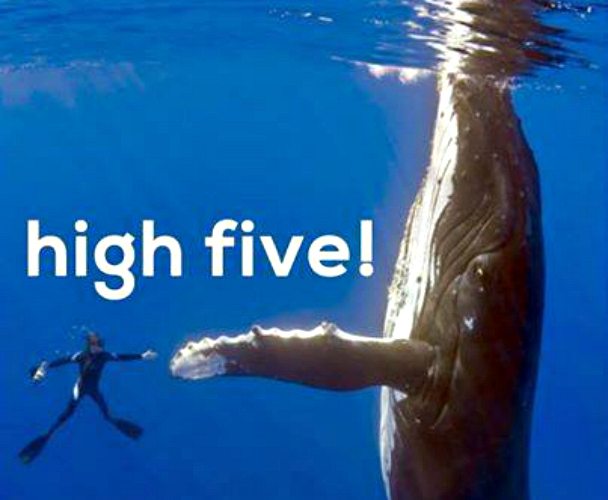 How could this happen?

The history of commercial whaling is a history of serial disasters – the depletion of one species after another, by an industry operating in a circle of greed. It had been condemned for decades by Greenpeace, other environmental groups, and many governments around the world.

The fact is, the International Whaling Commission strictly forbid the catching and killing of whales at sea for commercial purposes. A small handful of countries continue to hunt whales, using perceived loopholes in the ban, and they get a whole lot of criticism along the way. However Japan has continued its whaling program under the guise of a scientific research program, with a direct view to continue commercial whaling in the future.

So where to from here?

This is another step in our efforts to stop senseless commercial whaling at sea, but we won’t stop until this dying industry is ended for good.

We need an end to commercial whaling so we can turn the focus onto some of the big conservation challenges facing the world’s remaining whale populations, like climate change and destructive fishing.

Greenpeace will continue to work around the world to tackle those threats to our whales and our oceans. For today – let’s keep the momentum going by sharing the news far and wide.

As a direct result of the International Court of Justice’s historic ruling on Monday, the Government of Japan has officially cancelled plans to hunt whales in the Southern Ocean this coming year.

This will be the first year since 1904, when whaling in the region began, that no whales will be hunted in Antarctic waters.

‘This landmark court ruling is a phenomenal victory for those calling for an end to commercial whaling, and for the world’s whales. We hope that whaling ships will never again set sail to the Southern Ocean, that commercial whaling is consigned to history, and we can instead focus attention on some of the many other threats to the world’s whales and the oceans that they live in’.

Major Japanese media sources today confirmed that the ‘research whaling’ programme in the Southern Ocean will be cancelled for 2014, with the government of Japan citing the damning court judgment and the timing to develop new plans making this year’s hunt impossible. The UN’s international court of justice ruled that Japan’s research whaling programme in the Southern Ocean was not justifiable or reasonable, exposing it once and for all as simply commercial whaling by another name. The Government of Japan was also criticised for hunting endangered fin whales and violating the internationally- agreed Southern Ocean Whale Sanctuary. Despite the historic court case solely being about the Southern Ocean, Japanese government sources also suggested that the court judgment could also force a review of ‘research whaling’ in the North Pacific.