In severe cases someone with black lung suffocates, unable to draw breath into organs left looking like a blackened sponge. It is a terrible disease, long thought eradicated in this country. But now it’s back [1].   Originally published on HuffPost 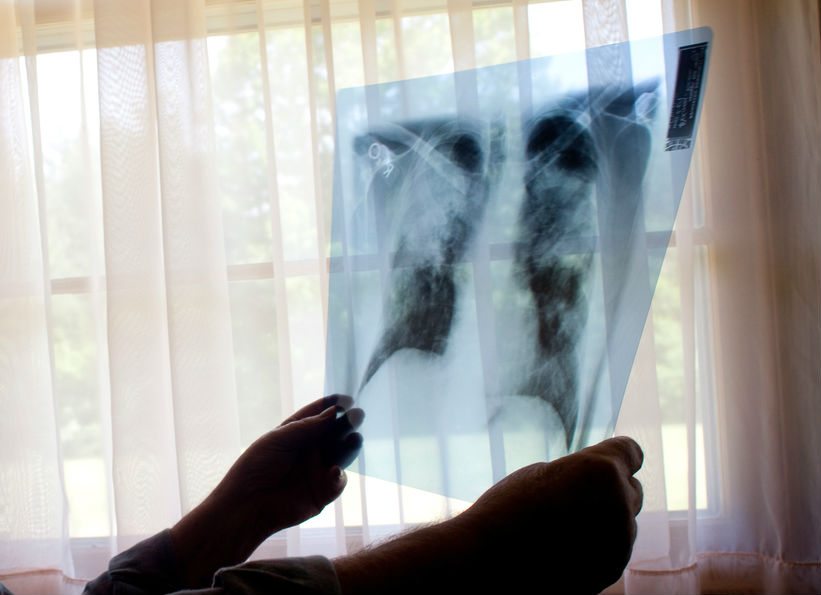 In severe cases someone with black lung suffocates, unable to draw breath into organs left looking like a blackened sponge.

It is a terrible disease, long thought eradicated in this country. But now it’s back [1].

It is a reminder that the coal industry has always demanded a human price in exchange for the power it gives.

Too long coal has taken a hidden ransom from the workers and surrounding communities to keep what is the most dangerous, the dirtiest, and now one of the most expensive ways of generating power going [2]. And it is standing in the way of a just transition for communities

With cheaper, cleaner, and safer alternatives now available that toll has no place in society today.

Yesterday yet another case of black lung was uncovered [3] in Queensland, the twenty-second person stricken with this disease with more likely to come.

“There’s a long latency period before people are diagnosed with Black Lung, so it could be 10, 15, 20 years or it could be two years,” Chair of the Coal Workers’ Pneumoconiosis Select Committee, Labor MP Jo-Ann Miller, said [4].

“We’re expecting there could be hundreds, if not thousands, diagnosed in the future.”

The hundreds left with a disease eating away at their lungs are not the company’s board members and executives, they are workers toiling hard to put food on the table for their families.

Workers like Stephen Mellor who were trying to build a future but  were instead left feeling like  he’d been thrown on the “scrap heap” after contracting the disease.

“We bought all this new machinery to cut coal faster and crush it and what were we doing for the worker?” Mellor told media [5].

“The system has completely and utterly failed. The introduction of self-regulation saw mining companies allowed to have their own doctors, radiologists who were not required to review X-rays to international standards, people who turned a blind eye and a regulator asleep at the wheel.”

And it isn’t just those who work in the mines who are paying coal’s human price.

This is a sobering announcement for the people of Newcastle who live and work in the shadow of the world’s largest such coal port.

It is a reminder of what a lot of them already know – that the port is potentially doing them harm.

Last month locals hung their dirty washing in front of the facility in protest [6]. They told media about their concerns that they were raising their children in a community where they discover a thin coating of dusty particulate on their windows and door jams.

Queensland University of Technology climate epidemiologist Professor Hilary Bambrick said at the time that the community’s health was being risked [7] it was “estimated around 42 million kilograms of coal dust is distributed across the Hunter region each year, largely through the use of trains pulling uncovered coal trucks”.

Not a single piece of coal is burned at the port.

Instead the air is polluted with particulates shaken into the air as the black rocks rattle into the port on trains kilometres long to be sorted into immense dusty piles and loaded onto ships.

And these particulates kill people.

The government’s Institute of Health and Welfare report [9] found that an estimated 3000 Australians a year die prematurely due to air quality with coal singled out as the biggest contributor [10].

At the port tiny specks of PM2.5 particulate are shaken loose – less than 1/30th the width of a human hair they are so small they can hang suspended in the air for weeks and travel hundreds of kilometres [11] bourne on even the gentlest breeze.

When inhaled these whispers of coal travel into the respiratory system, some stick to the sides of your airway while others travel deeper into the lungs.

PM2.5s are so small they can reach into the deepest part of your lungs – the alveolar.

And so they do. The tiny pieces of coal now in the veins, arteries and capillaries that supply every part of your body with blood. Hitching a ride into your organs and heart [12].

This is part of the hidden cost of coal.

It is a price it has always demanded.

In the US alone 104,851 lives were [14] forfeited to keep the lights burning since the start of last century – more than double that killed in the Vietnam War.

In 2014 a Turkey mine collapse killed 283 miners [15], eight Zimbabwean mine workers were crushed by a falling shaft this year [16]. There are still an estimated 12,000 deaths annually [17] around the world from accidents during coal mining.

And that’s without counting coal’s contribution to climate change and the nearly half a million annual deaths [18] it causes.

But most of the deaths from coal these days are quiet and undramatic. Mine collapses are less frequent and there is less to remind us of the cost.

In October 1948 an air inversion – a phenomenon caused by changing air temperatures – trapped coal pollution over the American city of Donora [19] in Pennsylvania.

The darkness was so complete cars crept along roads with their lights blazing in the middle of the day and streetlights were left permanently on.

The wall of smog killed 20 people and sickened 7,000 more. Another 50 residents died of respiratory causes within a month after the incident.

The residents of Donora were not alone. Similar incidents killed 63 people in Belgium in 1930, 22 people in Mexico in 1950 and in the UK the 1952 “Great Smog of London” lasted for four days and was so thick cows choked to death in fields and an estimated 12,000 people were killed [20].

But if you think those events are nothing more than a quaint history lesson we were hit closer to home in December 2013 when the Eastern China Smog [21] saw pollution hit “unimaginable levels” [22].

Those deaths were louder and demanded action. Today the main costs are invisible, they are  climate change or particles much smaller than a human hair.

But we have alternatives.

China knows the human cost and recognises the options, that’s why they are transitioning away from coal [23], as are South Korea [24] and India [25] – despite our own government’s rhetoric.

Better and cleaner energy sources that do not demand a devil’s bargain to simply keep our fridges and televisions running exist. The world is rapidly learning that lesson.

This year the world’s largest investment company [26], BlackRock, told the Australian Financial Review that “coal is dead” [27] and renewable energy would fuel the next global boom.

Coal isn’t just dead it is killing the environment, driving climate change, and we have to stop burning it if we are to have any sort of future on this earth.

Once upon a time coal turned the lights on for a new world and drove the industrial revolution. The damage that was done was weighed against the damage that would be done if the power did not flow.

The price was deemed fair, and it was paid.

Those days are now gone. The human ransom coal demands no longer has a place in today’s world.