The beginning of the end for nuclear weapons

"I have been waiting for this day for seven decades and I am overjoyed that it has finally arrived,” said Setsuko Thurlow, a Hiroshima survivor, back in July when a new treaty banning nuclear weapons was agreed at the United Nations in New York. “This is the beginning of the end of nuclear weapons.” 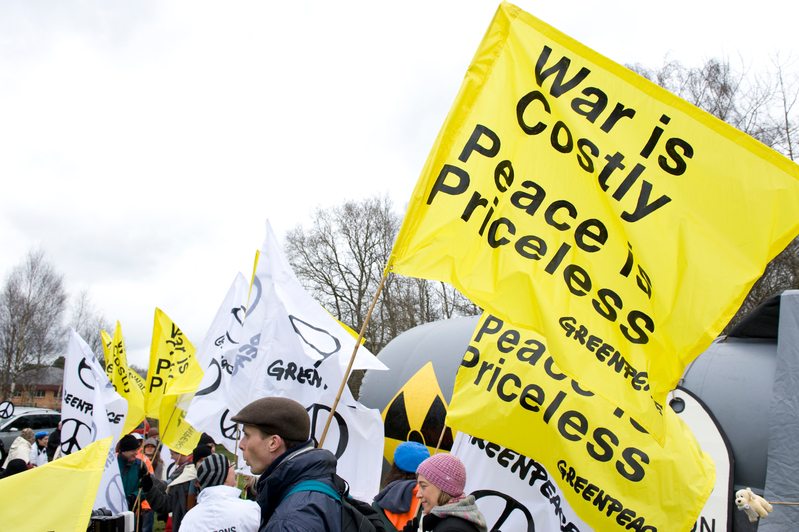 But agreeing on a new treaty is only the first step towards a treaty  becoming valid international law.

As of 20 September , governments can take the next step and officially sign the Treaty on the Prohibition on Nuclear Weapons (TPNW). Once a country signs, it needs to have it adopted as national law to ratify it. And 50 countries need to do this before this treaty becomes agreed international law. 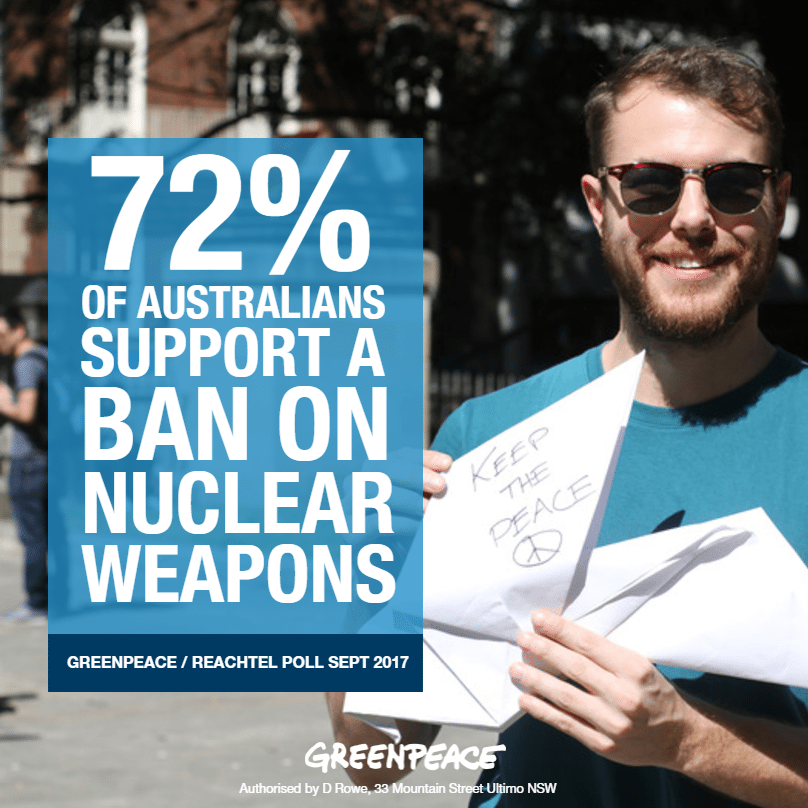 Governments that sign and ratify the treaty have real obligations. They commit to:

“Never under any circumstances … develop, test, produce, manufacture, otherwise acquire, possess or stockpile nuclear weapons or other nuclear explosive devices … (or) use or threaten to use nuclear weapons.” The treaty also prohibits states from allowing any stationing, installation or deployment of any nuclear weapons in their territory. Read the full text here.

There is already overwhelming support for this treaty. 122 countries supported it back in July. Many of these countries are expected to sign and ratify it in the coming weeks and months.

This is a good start. But it is not enough.

They all remain adamant that they will not sign it. The US has also been using its considerable influence to pressure other countries not to support the treaty

This is significant; unless a country ratifies the treaty, it is not bound by it.

Though this is a reality, it is certainly no reason to despair, quite the contrary. Today marks a new era and, indeed, the beginning of the end for nuclear weapons.

Each state that does sign and ratify this treaty will contribute to strengthening its impact in global politics, and help delegitimize the role of weapons of mass destruction in security policies.

It may even influence military practices in states that do not initially sign the treaty. It will make it  harder for their proponents to describe nuclear weapons as a legitimate and useful means to provide security. It creates a – long overdue – global norm against nuclear weapons.

Even a year ago, the idea of a treaty banning nuclear weapons, supported by a majority of countries in the world, negotiated in a record time of only four weeks, would have seemed like a dream — laughable to many.

But it was achieved. Countries that are often sidelined when global security is discussed have stuck together, and, supported by civil society, made this a reality.

The many states that have supported this treaty so far, and those that will sign up to it in the coming weeks and months, make a clear point on behalf of their citizens and on behalf of millions around the world. We do not allow the few to define security for all. Nuclear weapons are not a path towards peace and security.

In the year where nuclear war has once again became thinkable to some, there is no better time to denounce these evil weapons. September 21st marks the International Day of Peace. There can be no better commitment to peace than to join this treaty. We must all call on our governments to do so.

What can you do ?

Foreign Minister Julie Bishop will be at the UN in New York this week. Will she sign Australia up to this treaty? Already, thousands of Greenpeace supporters have added their voice and written a message for peace. Together, we can make sure Australia does the right thing. Sign the petition now!