Australia made history, but for all the wrong reasons

A few short years ago, putting a price on carbon was a sensible first step on the journey to tackle the main cause of climate change – our carbon emissions from increasing use of fossil fuels. 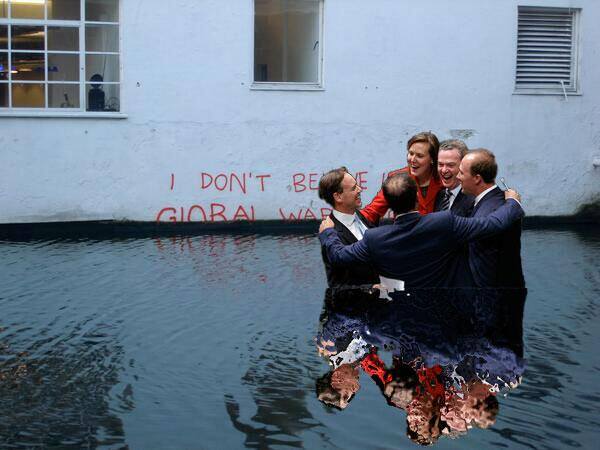 Since that sensible first step, the world and Australia have continued to warm.

On 5 February, 2014, the World Meteorological Organization revealed that 2013 was among the top ten warmest years since modern records began in 1850, with the warmth being “most extreme in Australia, which had its hottest year on record”.

In January last year, the Sydney Morning Herald reported that The Bureau of Meteorology’s interactive weather forecasting chart had added new colours – deep purple and pink – to extend its previous temperature range that had been capped at 50 degrees.

In October of last year, a state of emergency was in effect across NSW as authorities warned of an unparalleled fire emergency and the potential for a mega-fire stretching hundreds of kilometres. The early onset and spate of record-breaking temperatures increased the fire risk for the entire summer season.

And then of course, the IPCC released their latest reports summarising the global consensus on the science of climate change, and in particular, the projected impacts on Australia. None of this was good news for Australia:

This is why we all heard Ross Garnaut make the point again and again – in his Garnaut Climate Change Review – that “Australia has a greater interest in a strong mitigation outcome than any other developed country.” It’s still true. We do.

So who is looking after our national interest?

Our politicians have just played out their roles in the climate-policy sideshow in Parliament House.

The carbon price is gone. Multiple agencies and programs dealing with climate change and encouraging the transition to a low-carbon, clean energy economy are gone or under threat.

And what should we make of Tony Abbott’s Direct Action Plan, with its’ 5% emissions reduction target? Well, it’s not in place yet. And it has no credibility in the face of climate change. The Government’s own Climate Change Authority concludes “that Australia’s 5 per cent target is inadequate” and that in the “absence of a carbon price or other effective policies, emissions are projected to grow to 685 Mt CO2-e in 2020, 17 per cent above 2000 levels.”

And we worry about what the future looks like for our kids, while the World Bank tells us that there is no guarantee that our species can adapt to the 4-degree + world we are on a fast track to.

Against this back drop, it’s hard to share the excitement in some quarters that Australian families might gain a few hundred dollars a year, in the short term, from the abolition of the carbon price. I am part of an Australian family. I have a wife and three kids. I do not relish the thought of saving a few dollars on my electricity bills and groceries if that comes at the cost of crushing the renewable energy industry and the jobs that go with it. In the last six months, according to the Bloomberg New Energy Finance, just $40 million was invested in renewable projects in Australia – the lowest total since 2001.

And when it comes to modest investments in the global mission to avoid the worst impacts of climate change and give our kids a fighting chance to enjoy the same kind of climate in the future, that has enabled our civilisation to flourish up until now? Well … frankly … that is an investment I would like to make.

I for one am sad that in the country that’s now ‘open for business’, I have just been denied my opportunity as a citizen, to invest in the transition to a low-carbon economy, that the carbon price promised. It may not have been the perfect vehicle. But as the old saying goes, ‘the perfect is the enemy of the good’.

We used to have a debate in this country about the cost of inaction on climate change. Now the nation’s parliament can only debate the costs of a leg of lamb, sold into the market without a carbon price. According to the NSW Government, these legs of lamb taste sweet, when sheep are raised in mild temperatures. NSW Tablelands lamb is “more, because if Australia does confront the full effects of climate change, it won’t just be that cheaper leg of carbon-price-free lamb that doesn’t taste so sweet.”

We have to find a way forward with climate change. The first step is to protect the Renewable Energy Target, but we need to do much more, because if Australia does confront the full effects of climate change, it won’t just be that cheaper leg of carbon-price-free lamb that doesn’t taste so sweet.