Taking a look around the Greenpeace globe in June

11th June 2014 - Norway Greenpeace activists protest against a commissioned ExxonMobil drilling rig that is being prepared for extreme oil drilling in the Arctic. Exxon Mobil, the world's largest oil company, plans to drill in the Kara Sea along with Russian company Rosneft.

We pressure oil companies to stay out of the Arctic 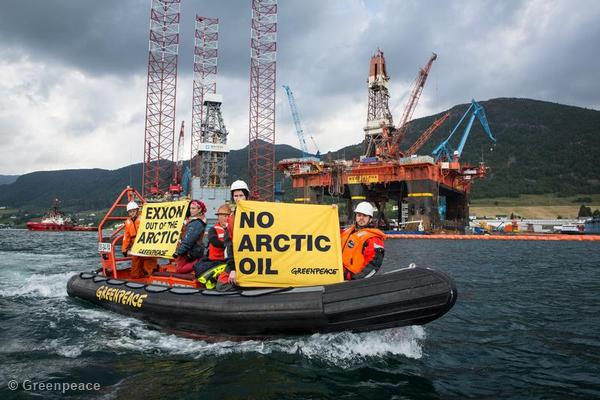 The well, located at 75 degrees north, partially overlaps with Russia’s Arctic National Park, known for its diverse wildlife. According to Russian legislation, oil drilling in this area is prohibited.

We power the World Cup games 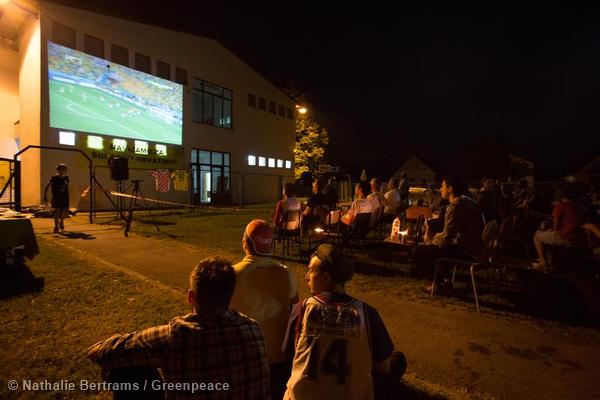 12th June 2014 – Croatia
Football fans watch the opening game of the 2014 football World Cup, between Brazil and Croatia from a projection powered entirely by solar power, at Drenovci school. The solar panels were installed by Greenpeace after the village was severely affected by recent floods. The panels will later be used to power the school’s IT department. More than 90 percent of Croatian people think the country should use more renewable energy.

We hang for renewable enegry 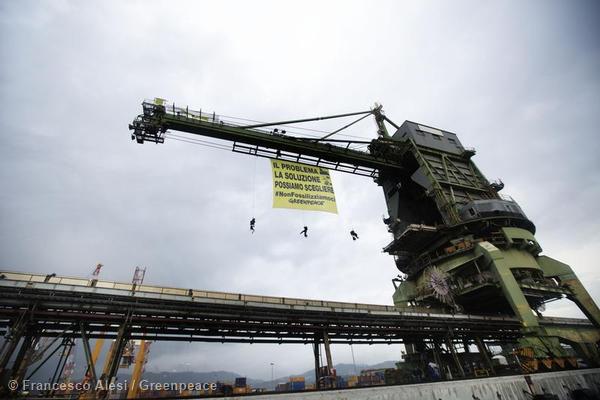 25th June 2014 – Italy
Activists climb an Enel coal rig in Italy, demanding the EU Council move away from dirty and unsafe energy policies and into renewable energies as Italy takes on the Council presidency in July.

We send a message to the EU 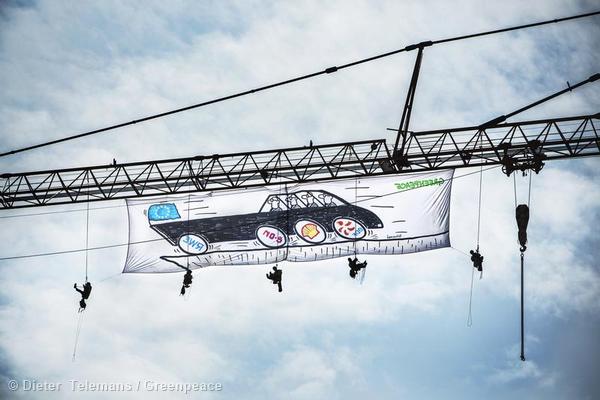 27th June 2014 – Brussels
35 Greenpeace activists from six countries climb cranes and office blocks surrounding the EU building and unfurl three giant banners. The banners display a cartoon showing EU leaders speeding to the edge of a cliff in a stretched limo sponsored by some of Europes most environmentally destructive energy companies. 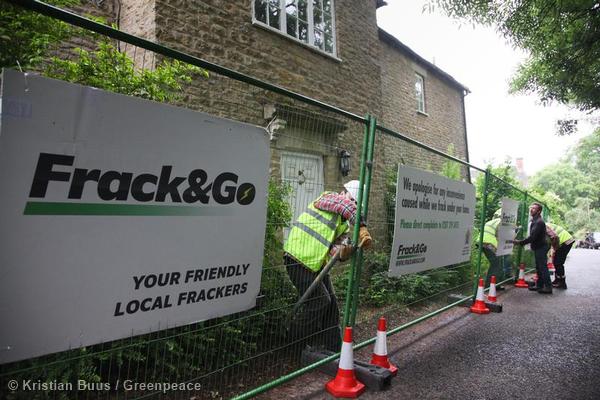 4th June 2014 – UK
Greenpeace activists set up a fence around David Cameron’s house in protest against a controversial legislation for under-house drilling expected to be announced in the Queens Speech on the same day. The law would allow fracking under peoples homes without their permission. The activists are symbolically turning the Prime Minister’s constituency home into a fracking site and display banners reading – We apologise for any inconvenience caused while we frack your home.

We fly over forest clearing and mine construction 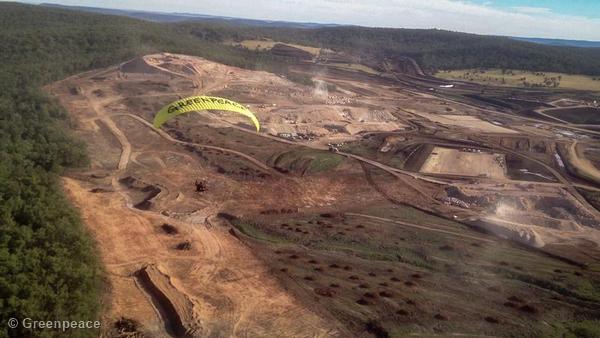 4th June 2014 – Australia
Greenpeace paragliders fly over Maules Creek coal mine site in the Leard State Forest to bear witness to the winter clearing. Maules Creek is Australia’s biggest coal mine under construction.

We travel to the Arctic 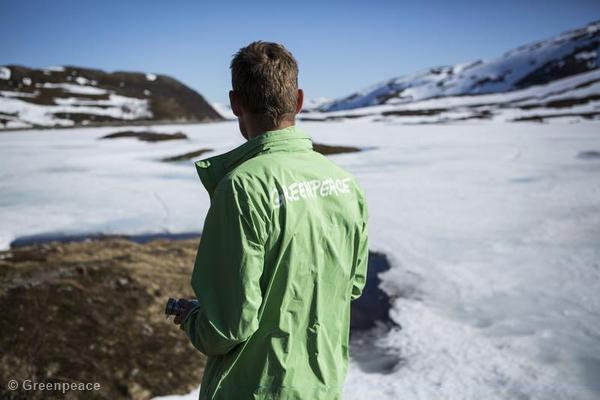 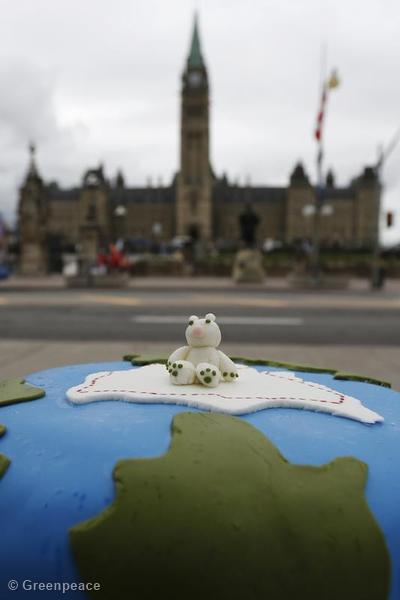 5th June 2014 – Canada
Greenpeace Canada delivers a petition to the prime minister’s office signed by thousands of Canadians calling for protection of the Arctic.

We say ‘No’ to drilling in nature reserves! 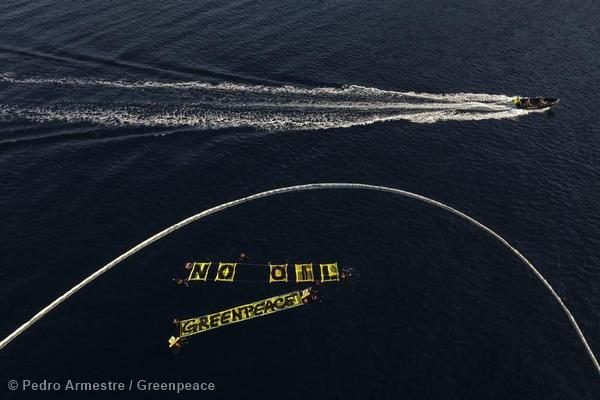 11th June 2014 – Spain
Greenpeace activists protest against Cairn Energy’s plans to drill for oil in the Es Vedrà nature reserve off the island of Ibiza.

We take a look into a future run by oil 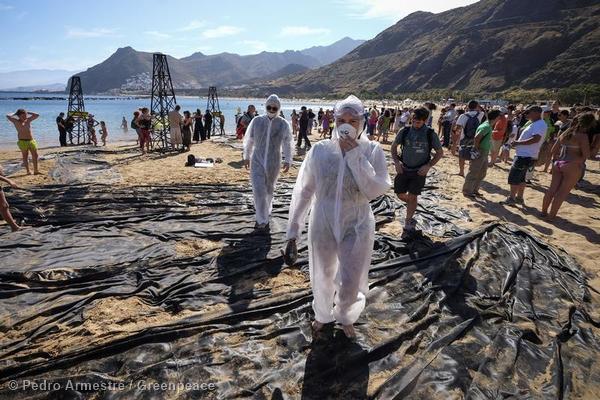 28th June 2014 – Spain
Greenpeace activists deploy a black piece of cloth over 300 square meters of beach simulating an oil spill with mock oil drilling platforms and display banners with the message ‘NO OIL DRILLING (in Spanish). Greenpeace is protesting against the Spanish multinational oil and gas company Repsol. Repsol plans to drill for oil in the waters of the Canary Islands.