Could one person start an anti-litter revolution?

What would you do if you saw growing amounts of trash in your local community? One man used it as an opportunity to take a stand against pollution and inspire the world. 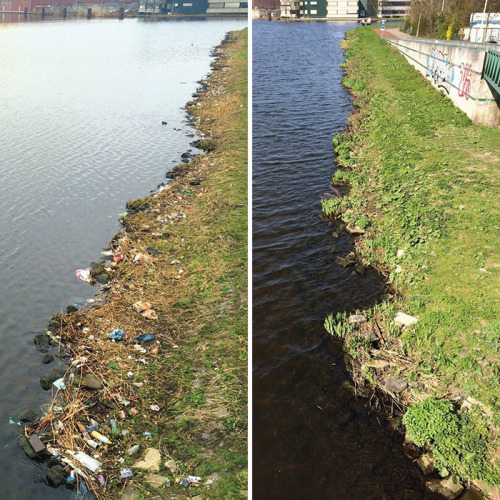 Pollution is a global problem – clogging up roadsides, parks, rivers, lakes and oceans around the world. The modern world’s overconsumption of plastic – in particular, single-use plastics, has given us an unhealthy understanding of how we should interact with it. But when we realise that plastic can outlive us, it’s clear we need to stop thinking of it as disposable.

When it comes to pollution, one person can make a big difference

In the Netherlands, one man decided to take our problem into his own hands – starting with one bag of rubbish. Tommy Kleyn was tired of seeing litter along the bank of the river Schie everyday as he rode to work.

There was a 100-metre stretch along the river bank that was covered in plastic bottles and other rubbish. So one day, he brought a trash bag with him to work, and spent an extra 30 minutes filling the bag with trash during his morning commute. 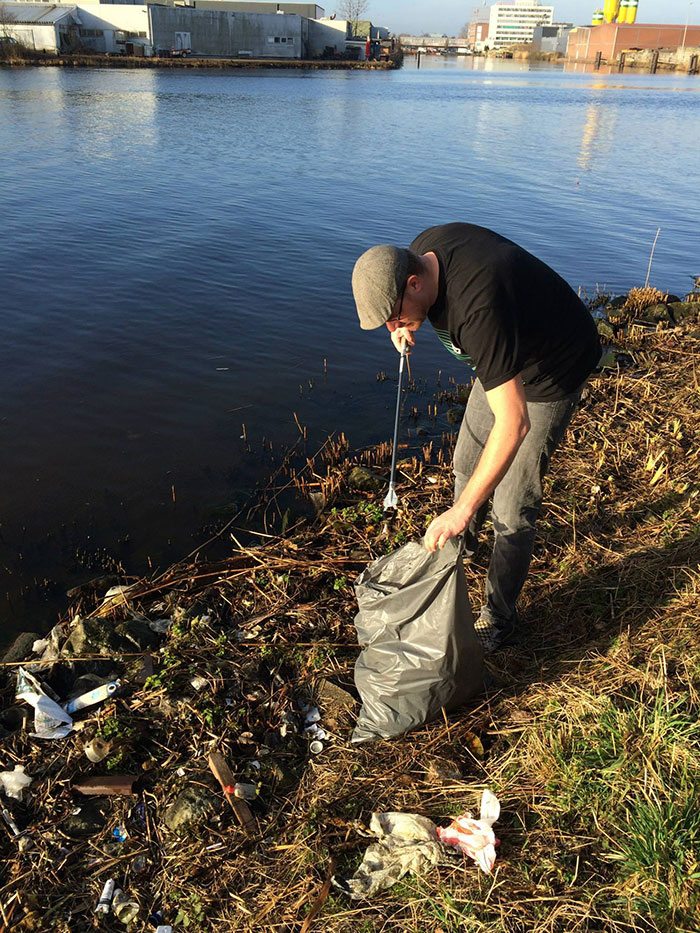 “It took me about 30 minutes to fill one garbage bag with trash, but one bag doesn’t make a dent in a place as polluted as this,” Kleyn commented in a post to Imgur of his clean-up efforts here.

So every day for five weeks, he returned to the bank with some friends and spent 30 minutes picking up the trash. 22 bags later, the river bank was clear of trash.

Kleyn documented his clean-up efforts online with posts to a Facebook page called Project Schone Schie (“schone” means clean in Dutch). On the page, he encourages others to clean-up areas in their communities and share their efforts too.

“Take 30 minutes out of your year to fill a trash bag with litter. It feels great and you’ll make a big impact,” writes Kleyn. His story has been shared extensively online, reaching many people around the world. 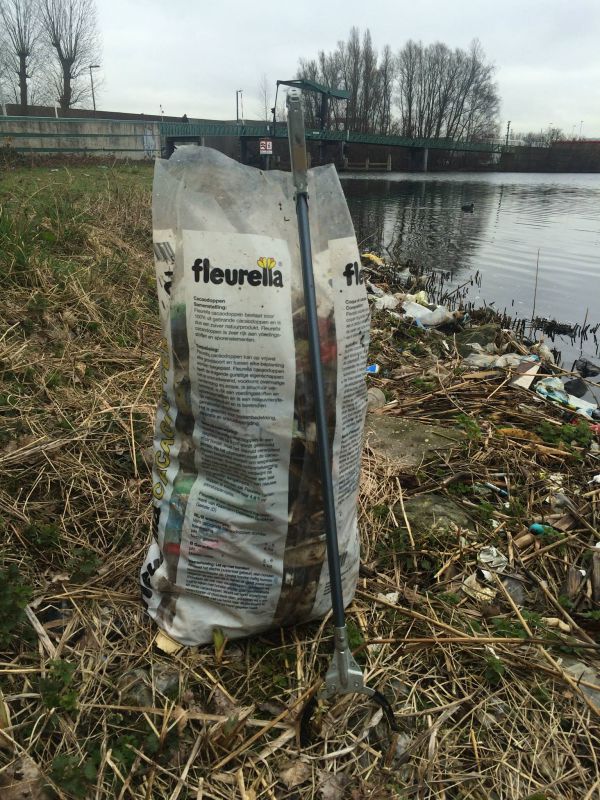 Inspired? You can take action on pollution too

In Australia, there’s a lot of ways we can take action on pollution – in particular, the littering of products like plastic that don’t biodegrade easily. Here are some ideas:

If you learn more about plastics and how to recycle them, you can make sure that your plastic rubbish is reused instead of spending a lifetime in landfill or heading through our waterways into the ocean. This blog will take you through what you can and can’t recycle, and other organisations like Planet Ark have great learning resources to help guide you. Once you’re an expert on recycling – make sure to spread the word and try to positively influence the consumption and recycling habits of those around you.

If you’d like to tackle the trash that has already been littered, you can join an initiative to clean up your local area. Whether it’s participating in the annual Clean Up Australia Day or joining a Responsible Runners group – there are lots of ways you can have fun and curb plastic pollution at the same time. Or, if you’d prefer, fly solo and join the Take3 challenge: pick up three pieces of litter from your local beach, river, park or street every day.

You can also help reduce the demand for plastic by opting to use reusable products instead of disposable ones. Remember to bring reusable containers like cloth shopping bags, stainless steel water bottles and travel mugs with you when leaving the house, and say no to disposable plastics when eating out.

Do you do anything to tackle pollution in your local area or broader community by changing your habits? Let us know in the comments below!