5 THINGS YOU (PROBABLY) DIDN’T KNOW ABOUT THE ANTARCTIC

In 2017 we launched a campaign to create an Antarctic Ocean Sanctuary – the largest protected area on Earth. 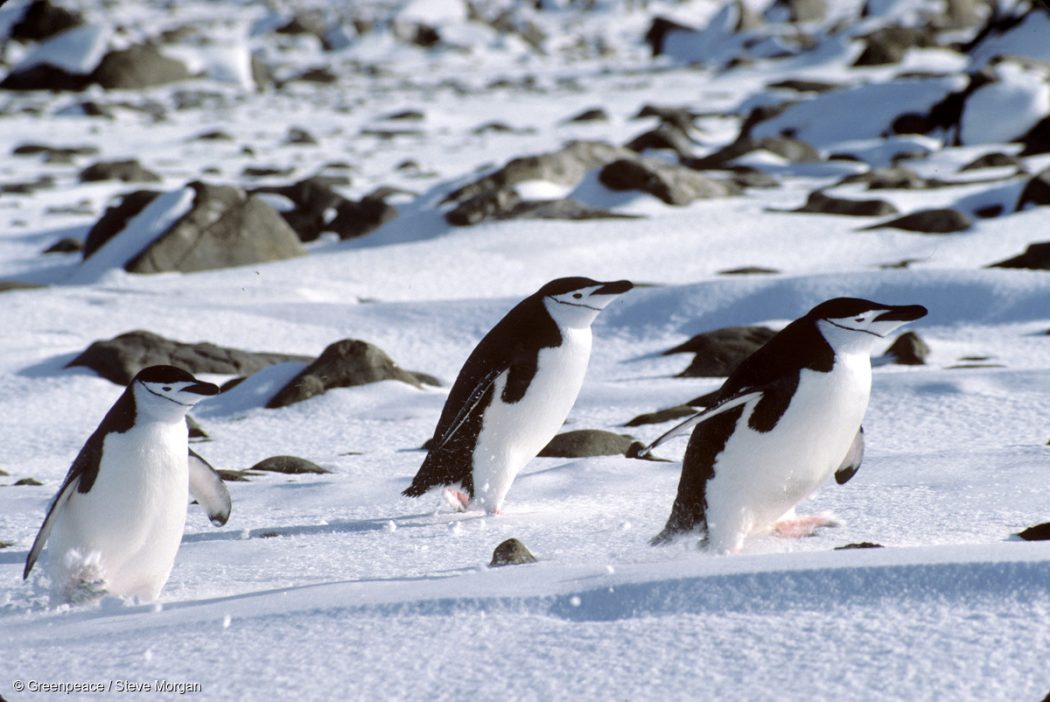 But why? Well, apart from being home to amazing animals such as penguins, whales and seals. The Antarctic plays an important role in keeping our Earth healthy.

But the Antarctic is so much more than that; it’s full of weird and wonderful things that have taught us about our Earth’s history (and its future), our oceans, and climate change.

So, to get you just as excited as I am about protecting the Antarctic, here are five ‘kitchen table’ worthy facts you (probably) didn’t know…

1. There’s a waterfall in the Antarctic that runs red 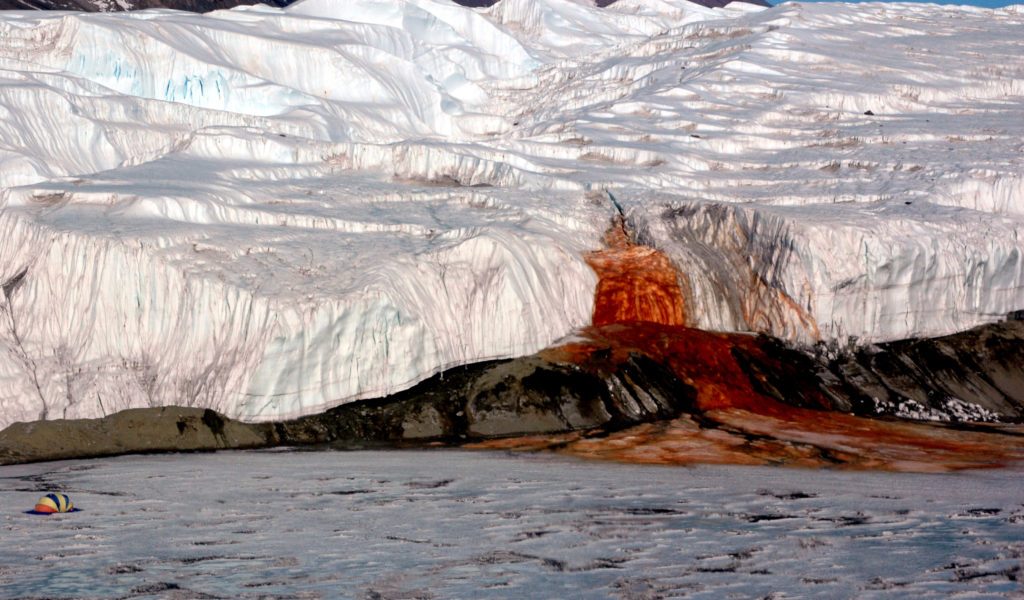 The Blood Falls seeps from the end of the Taylor Glacier into Lake Bonney. The tent at left provides a sense of scale for just how big the phenomenon is. Scientists believe a buried saltwater reservoir is partly responsible for the discoloration, which is a form of reduced iron.

Aptly named ‘Blood Falls’, this waterfall feels like it comes straight out of a Stephen King novel. Since its first discovery in 1911, scientists struggled to explain this phenomenon.

Now, thanks to research by the University of Alaska Fairbanks, we know the real origin of ‘Blood Falls’. Essentially, the water comes from a lake beneath Antarctica’s Taylor Glacier, which over time has picked up iron from the rocks. When the iron in the saltwater comes into contact with oxygen, the iron oxidises and takes on a red colouring, in effect dying the water to a deep red colour. Put simply: it’s pretty much the same process that gives the iron a dark red colour when it rusts. 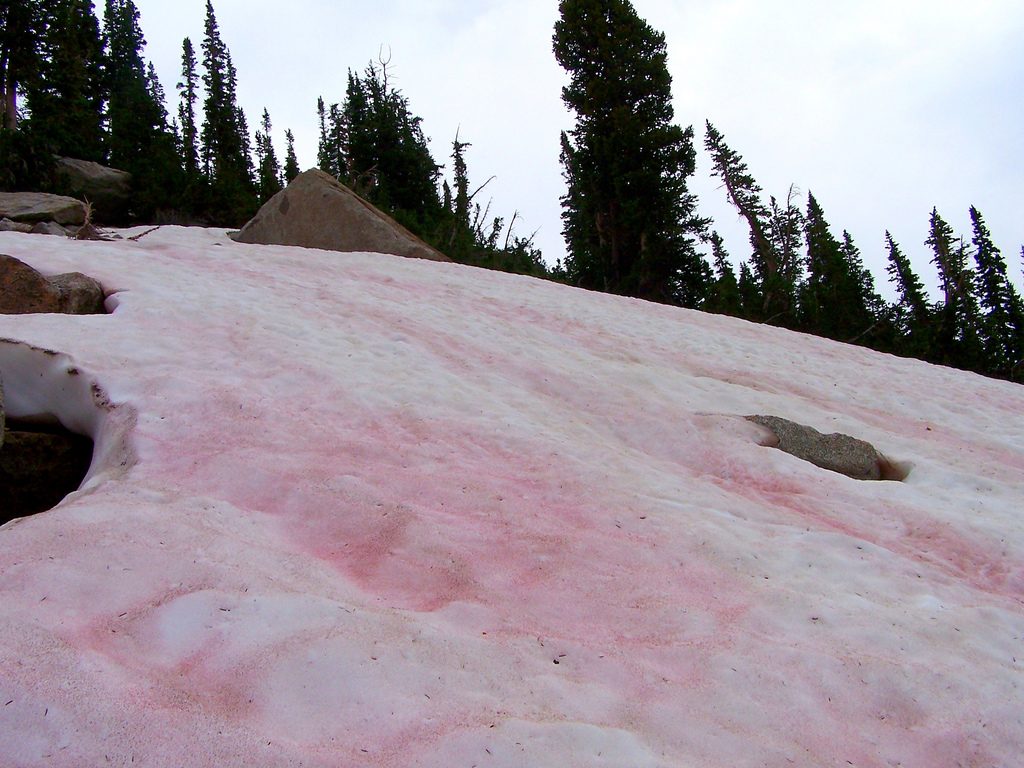 It may look delicious, but watermelon snow is not for eating. Partly because it’s a laxative and (probably more significantly) it’s not as fresh and watermelon-y as you might think.

Watermelon snow shows up in the Arctic, Antarctica, North America and pretty much anywhere with snow. As the summer sun heats up and melts winter’s leftovers, green algae (called Chlamydomonas nivalis) living in the ice starts to see a lot of sun. From there it produces a natural type of sunscreen that paints the slopes pink and red. Voila, watermelon snow!

It looks pretty, but scientists suggest it could be making the ice melt faster. The colour makes the snow darker, meaning it heats up faster. It’s like wearing a dark t-shirt on a sunny day – you’re going to get hot pretty fast.

That algae then might spread into more of the ice, creating a continuous cycle of snow, algae, melting. But, so far, this is a theory, and more data needs to be collected before we can be sure.

3. Some parts of Antarctica have had no rain or snow for a long time 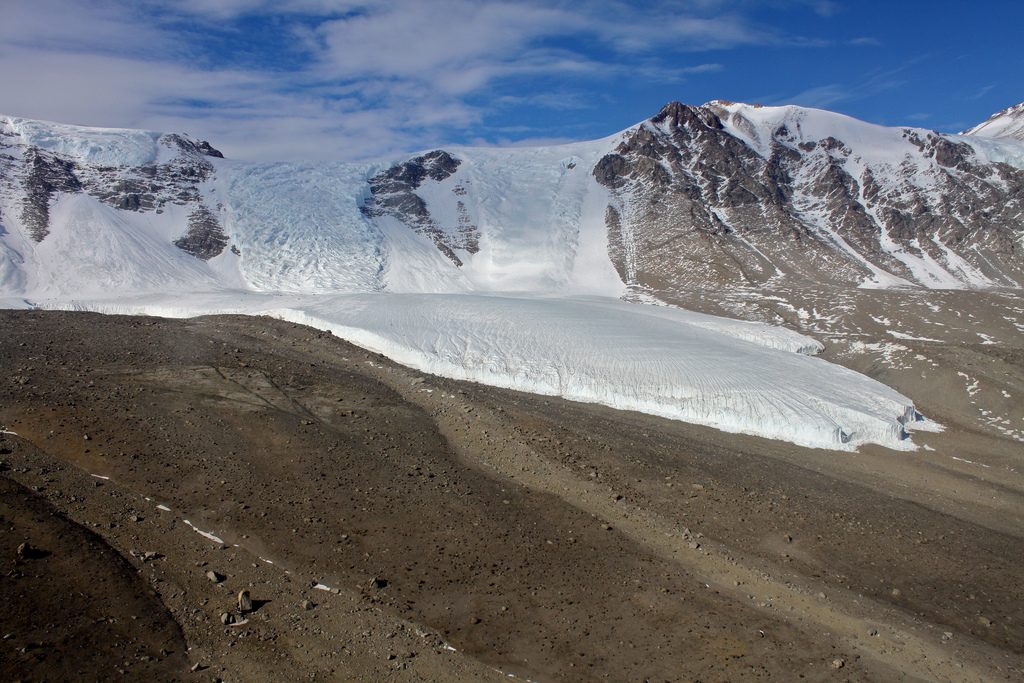 Antarctica is a lot of things. It’s the driest, windiest, highest and coldest continent on Earth. But here’s something even more impressive: some places have seen almost no rain for close to two million years: conveniently called the Dry Valleys.

The mountains surrounding the Dry Valleys are high enough to block seaward-flowing ice from the East Antarctic ice sheet from reaching the Ross Sea.

The unique conditions in the Dry Valleys are caused, in part, by katabatic winds; super-powerful winds that occur when cold, dense air is pulled downhill by the force of gravity. The winds can reach speeds of 200 mph per hour (320 km), heating as it blows, and evaporating all water, ice and snow. Here’s a diagram, in case I didn’t explain it very well…

Scientists have said Antarctica’s Dry Valleys seems similar to the environment found on Mars. Imagine that, space penguins anyone?!

Their main source of food is krill: shrimp-like crustaceans, each about 2 inches in length. A whale can lunge into a swarm of krill accelerating to high speeds with its mouth wide open (like 90 degrees open). Pushed back by the rush of water, its mouth expands and its tongue (itself the size of an elephant) moves to create more room. The whale scoffs up to 110 tonnes of water and any krill within this mouthful is filtered out and swallowed.

If a big whale lunges at a particularly large swarm, it can swallow up to 500 kilograms of krill, eating 457,000 calories in a single monster mouthful. I did the maths, that’s the equivalent of about 200 pizzas*, yum.

Worryingly, huge fishing boats travelling from the other side of the world are catching krill to be sold in health supplements and as food for farmed fish. Fishing companies have their eyes set on catching more and more of this creature that so many animals of the Antarctic depend on. But an Antarctic Ocean Sanctuary would put the area off-limits to industrial fishing and corporate exploitation, allowing wildlife like whales and penguins to continue to feed on krill in peace. 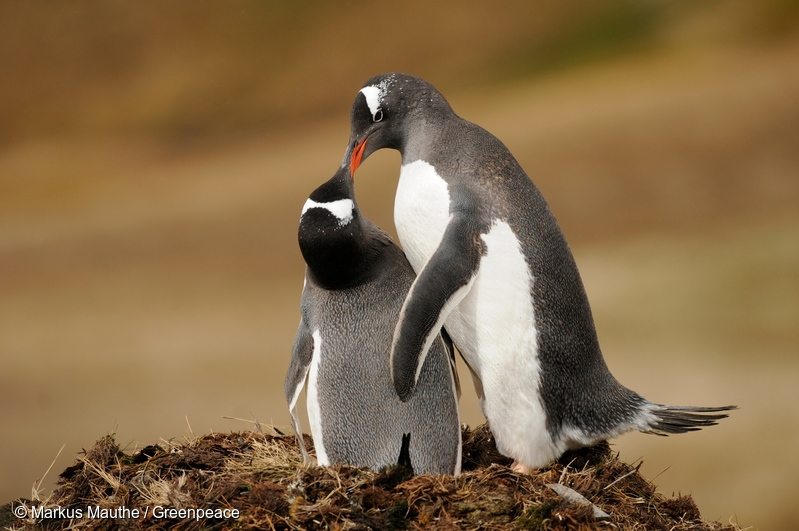 Fellow lonely hearts across the globe, this one’s for you.

In the 2013/2014 southern summer at the McMurdo Station in Antarctica, an American scientist there for research decided to log on to Tinder — “just for fun.” At first, no profiles showed up. But when he expanded the app’s location radius, he found someone: another researcher, working at a deep field camp a 45-minute helicopter ride away from the base station. He swiped right and a few minutes later, they matched.??

Alas, this did not bloom into an Antarctic romance. One researcher was due to leave the day after they met up and that’s where it ended. Nonetheless, it’s a great story for you to share the next time you’re out… or perhaps on your next Tinder date?

There you have it, I hope you managed to learn something and fall in love with this incredible place. Now, join me as we work together to create an Antarctic Ocean Sanctuary.