A huge day for my home land

Tomorrow is a huge day for my country, the Cook Islands, where people are coming together to stop a type of fishing that catches way too many tuna.

Purse seine fishing uses massive nets which catch everything in their path. They’re bad for our marine life and bad for the island communities who depend on fish for food and money. The call to ban this type of net from the Cook Islands is building, and tomorrow my people show their feelings at a rally in Rarotonga. Chants are being practiced, t-shirts have been printed (Tiki Tane was wearing one last weekend) and the word is spreading. We need to make the right choice for our ocean and for our future. 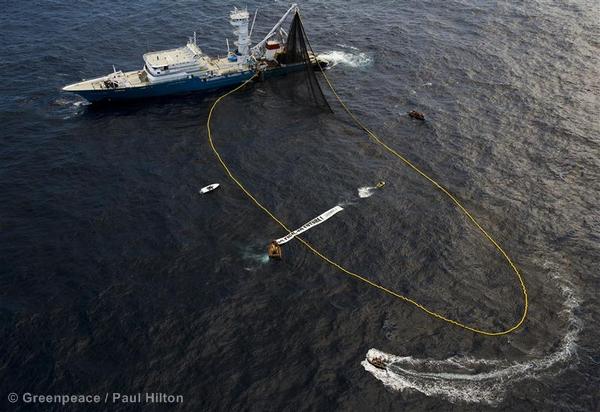 The waters of the Cook Islands have traditionally provided plenty of kai moana for our people, from reef species to pelagic fish like tuna. But those resources are becoming more and more scarce as big fishing companies target the region. Bigeye tuna, one of the Pacific’s most valuable tuna species, is already overfished, and other stocks such as albacore are in worrying decline.

I’ve sailed with Greenpeace for over a decade, and in those years have crossed the Pacific many times, observing and taking action to protect our vital fisheries. I’ve been proud to be involved in defending our moana from industrial overfishing and pirate vessels.  In 2009 we were able to catch a Japanese longliner red-handed stealing fish from the Cook Islands, where it had no permission to fish.

Illegal fishing is an outrage, but legal and licensed fleets, on their own, are big enough and hungry enough to harm the region’s fisheries. This makes government decisions on fishing licenses absolutely critical to protect our oceans and natural resources. 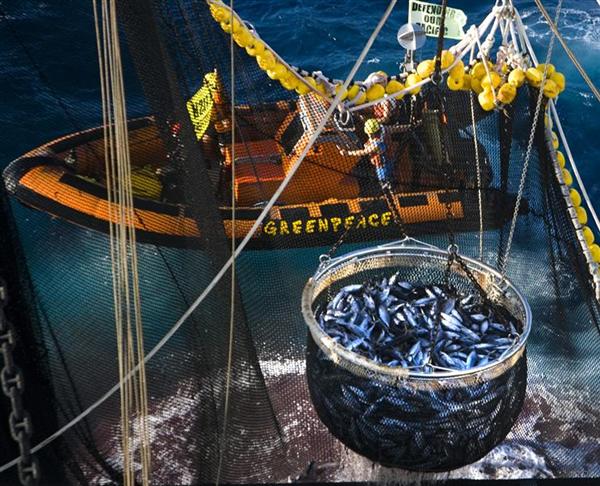 I’m worried that gigantic “super super seiners” (also known as monster boats, some of the largest tuna ships in the world) are scooping out entire schools of tuna. They almost always set their nets on fish aggregating devices, floating rafts that lure in ocean life and increase their catches. The downside is that FADs also increase the catch of under-sized bigeye and yellowfin tuna, sharks and even turtles. That’s a very bad result.

The Cook Islands government is on the brink of signing away rights to fish in our waters and I’m concerned that they’ll be letting some of these greedy vessels in. It’s a vast fleet – almost 300 purse seiners are draining tuna stocks across the region, mostly for canning in Thailand and export to Europe, North America and Asia. Some of those vessels are repeat offender fish thieves. The notorious Spanish purse seiner, Albacora Uno, has racked up over $6 million in fines for illegal fishing in Pacific Island waters in the past eight years.

There’s no way our local fishers can compete and they shouldn’t have to. It makes no sense to allow monster boats cross the world’s oceans so they can plunder the fish of the Pacific Islands.

Keeping our oceans healthy is important for everyone. For me it’s personal. I’m about to move my family back into the Pacific. My youngest kids have yet to set foot in the Cook Islands. They’ve yet to swim or eat from the surrounding seas. I owe it to them as a father, and will do everything in my power, so they get to experience our oceans with the same, or more, abundance, beauty and health that I have enjoyed.

The Cook Islands is at a crossroads, and the wrong decision could see our islands follow a path of industrialised foreign fishing and leave us with a legacy that our people will regret for generations to come. For my children, for all our children, we need to say no to purse seine fishing and to devastating FADs, and instead support sustainable local fisheries.

A local petition from residents has been gathering widespread support and, with so many Cook Islanders and friends of the islands living in other parts of the world, an international version has been set up.

I’m asking Cook Islanders, whanau, friends and ocean lovers to sign the petition and make your voice heard for the future of our moana.

The rally in Raratonga tomorrow, Friday 24 April starts at 4pm in Avarua Harbour.

Tereapii is a sailor, ocean lover, artist and father, originally from the Cook Islands and now living with his whanau in Aotearoa, New Zealand. 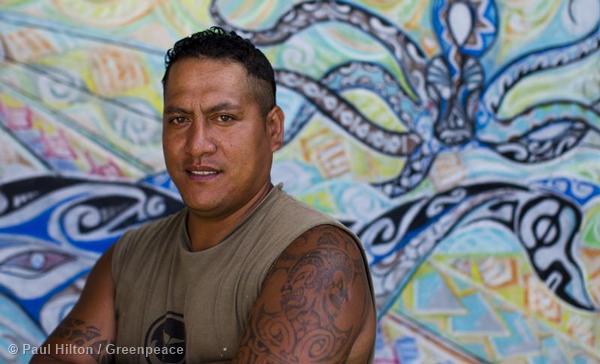