Wow! What a fantastic beginning to 2014 – the government has finally announced a ban on shark finning in New Zealand waters! 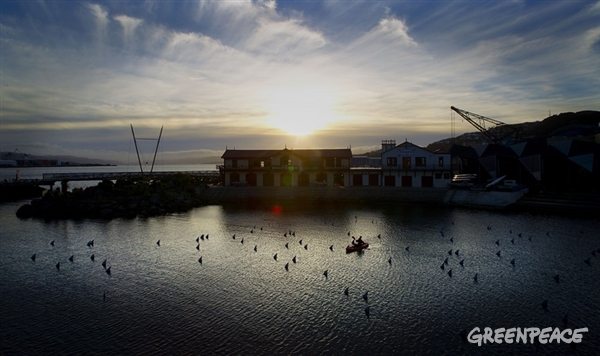 Yesterday’s news that its plans to make shark finning illegal is a great step in the right direction – although it’s disappointing that won’t include blue sharks until October 2016 as they are the species most often caught just for their fins. Until then thousands more blue sharks may be slaughtered for their fins with bodies dumped in our waters. That is not the kind of thing that I want happening in Aotearoa and is the motivation that keeps me campaigning for the protection of our oceans and all species that depend on them.

But I’m definitely still celebrating! To get 45,300 submissions in to the government, and most of them demanding an immediate ban on shark finning, is absolutely awesome.

As an intern with the oceans campaign I spent the last four months of 2013 letting Kiwis know they could help ban this senseless and wasteful practice which was still legal in our waters.

With the end of the year fast approaching the government finally released its plans to phase out shark finning and called for public feedback. That left us just over four weeks to encourage thousands of people to take action and make a submission to the government supporting the plans while urging the new laws to be put in place immediately. And boy did that make for a busy month! There were schools visits and stalls to set up at local festivals. There were t-shirts to print, emails to send and volunteers to recruit. There was a roadtrip down to Wellington, a Christmas fun run in our shark suits and 100 fins to install in the waterfront lagoon.But most importantly there were hours and hours of standing on the streets, talking to those who loved or feared sharks about why finning is such a terrible practice and needed to be stopped. 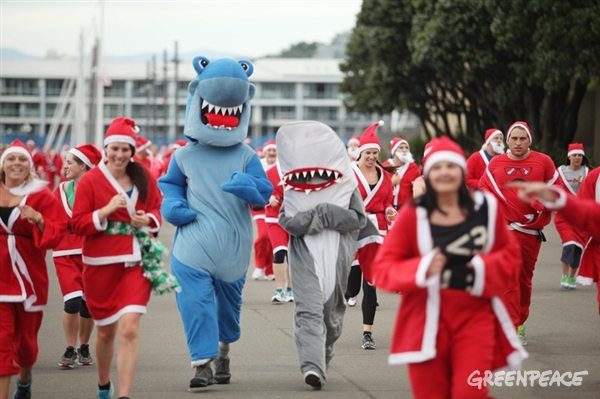 That experience was a clear reminder that a love for our environment is a core part of being Kiwi and that so many of us care about conservation for our precious species. I was inspired by the response we got from people around the country.

If 2013 ended in a hectic (but inspiring!) flurry of oceans related campaigning, my 2014 kicked off in a calmer way. I actually got to start the year enjoying our beautiful oceans and spent my New Year’s Day, like so many Kiwis around the country, sailing. As if it was scripted, after all the work in 2013, we were even briefly joined by a young shark on our first outing of the year! Seeing this beautiful, intelligent creature close-up only confirmed my resolution that protecting sharks is definitely worth the fight.